By Protichsingoe (self media writer) | 9 days ago

Vera Sidika has gone on yet another rage on Instagram, and it appears that her episodes are starting to irritate her followers! 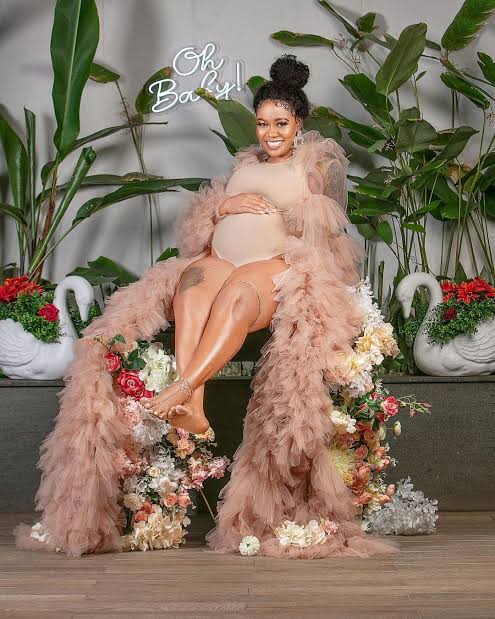 Vera took to Instagram this morning to share another of her rants, but this time it appeared that even her fans were sick of her and her Instagram tales. It all started yesterday evening, when Vera was in the middle of posting photos from her Baby Shower, the event that everyone had been looking forward to for the better part of the year. 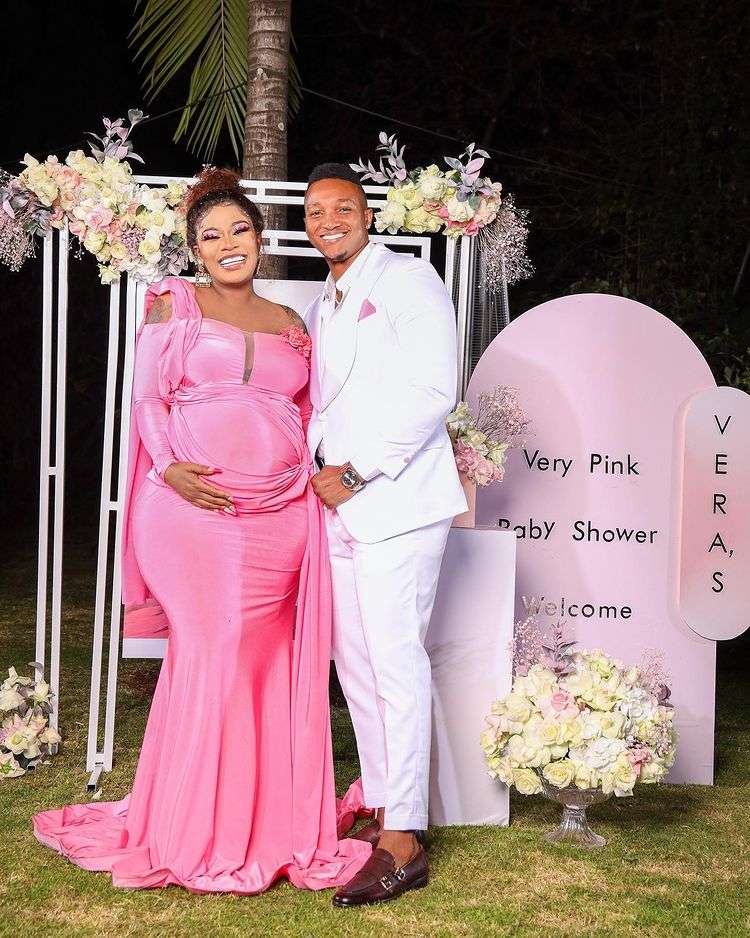 The posting appeared to go well, with happy smiles plastered across Vera' s stories until, well, there weren' t any more. Some of the folks who commented on her story seemed to have gotten to her since she started yelling late yesterday and continued till this morning. 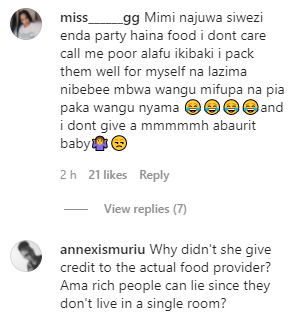 Vera was addressing the claims that she did not feed her visitors and that she stole some of the photos she shared on her Instagram stories. And, let' s face it, the rant was a bit explicit.

Vera started dubbing the folks who were broke, dumb, and low- lifes Riff Raffs because they were just viewing from their fragile android devices through Okoa bundles in their bedsitters, which they couldn' t pay anyhow! She made it clear that they would never be in the line, explaining that the problem with poor people is that they have no idea what goes on at high- end parties (apparently, people who attend high- end parties do not eat as much due to security concerns, but a broke person would never know that because they eat food from party paper bags! ) 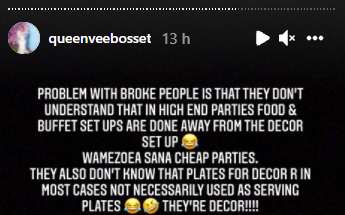 She ended her diatribe by claiming she understood her detractors were merely jealous, but she seemed to know how to deal with them. 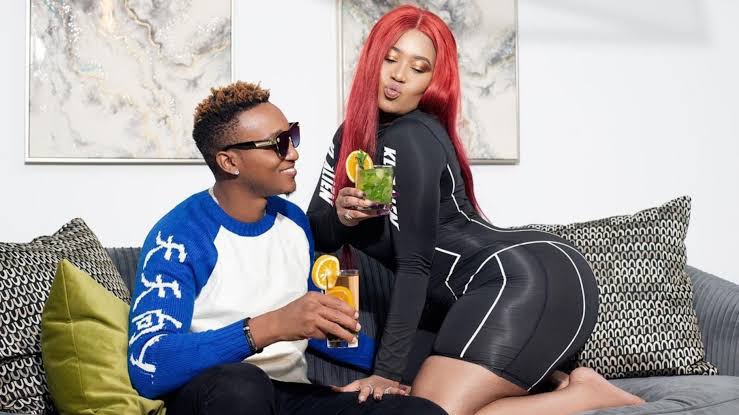 Vera seemed to have struck a nerve with her supporters this time! Oh, and did we mention that Vera made a passing reference to single mothers for some reason?

Many people were put off by her behavior in the comments area, with many wondering why she decided to target people' s lifestyles, given that few of her followers are as wealthy as she is and most felt personally assaulted. People began to tell her that she was becoming too much, that her pregnancy didn' t justify her actions.