Things You Should know About Danny Trejo

By Davismbugi (self media writer) | 5 months ago 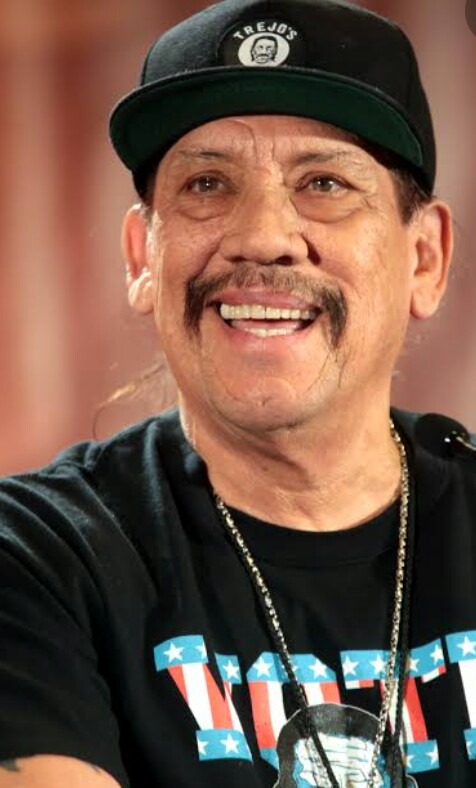 Danny Trejo is an American actor who was born May 16, 1944 in Echo Park Los Angeles in USA. The parents of Danny Trejo are Alice Rivera and Dionsio who was a constructor worker . His stage name in most of his movies is Danny Trejo, Danny is also a restaurateur who has appeared in numerous Hollywood movies. Danny completed his studies at polytechnic high school and never proceeded further in his studies due to various reasons. As a child Danny had a difficult time since he was a drug addict and also a criminal, which made him to be jailed several times. The face of Danny is riddled with scars from acne pock marks dents left by other boxers' fists, but once he made it into a film set, those scars became his bread and butter.

Danny married Debbie Shreve in 1997 but they divorced eachother on the year 2009. The kids of Danny Trejo are Gilbert Trejo, Esmeralda Trejo, Danny Boy Trejo and Jose Trejo. He started his acting career in 1985 when he accidentally landed a role in Runaway train playing a boxer for a daily fee of 320 dollars. Before he landed into acting Danny Trejo had been imprisoned several times in the prisons of USA. After landing into acting he changed his old ways and he even became a drug counselor after he was released from prison. Maybe the character he plays in most of his movies reflects how he was decades back. Acting changed his life for good since he started earning decently from acting. He his now one of the richest actor in the world with an estimated net worth of about 16 million dollars. Some of the best movies Danny has acted are; Runaway Train, Heat, From Dask till Dawn, Machete and so many more.