By NewsLatest (self media writer) | 1 year ago

Photographers have shown displeasure after the monument of a great hero,Tom Mboya,was brought down early this week by the National Museums. 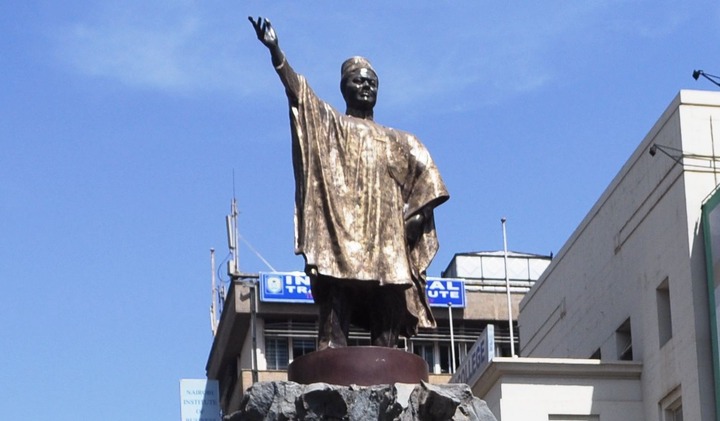 The Photographers were earning their living by taking photos of tourist infront of the great statue.

The statue was erected in the museum on 2011 and since then,many photographers have been earning their living from it. The photo-men snapped the admirers of the founder of Got Mahia and former trade unionist.

The great Tom Mboya's Monument was destroyed leaving it with no arms and the area around it,was turned into a garbage collection site by Street families. The monument to be brought back to a good shape ,it will cost Ksh 4 million.

One of the photographers said that it was good for the statue to be brought down since it acted as a hiding place for thieves who stole from the public.

The National Museums Director General,Mzalendo Kibunjia,said,"Security will be tightened around the statue once its renovation is over."

The statue which is yet to be renovated is just some metres away from where Tom Mboya was assassinated.

The Difference Between Bars, Pubs, Clubs and Discos

What is the purpose of jetted pocket on suits?

The Button Hole Procedure: How The 'Masaai' Carry Out Circumcision