Raila Reveals Why He Visited Kiambu Today, The Goodies He Carried And Young Man Behind His Tour 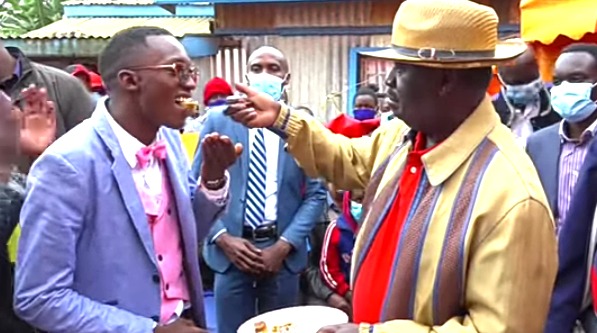 Raila sharing a birthday cake with Gideon Gitonga during his birthday party on September 4th 2021.

In early September this year, the former Prime Minister Raila Odinga surprised the people of Gathiru-ini village of Komothai ward in Githunguri sub-county, Kiambu county by attending a birthday party of a young man who was probably not known to many.

Raila whose surprise visit of the Gitonga family attracted quite a large number of elated villagers ended up gifting the young man a cow (that was at that time six months pregnant) as pictured in the photo below. 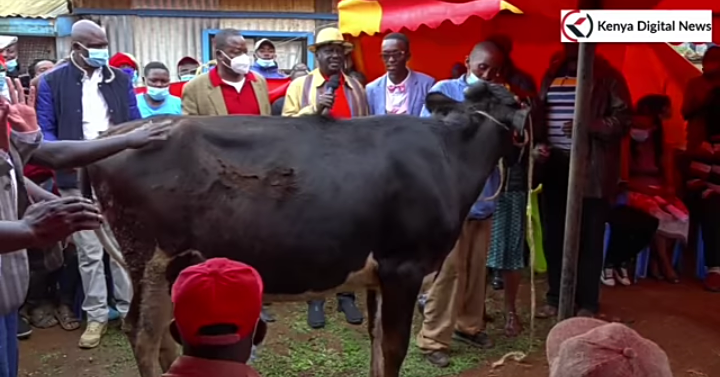 One month later, Raila went back to Gathiru-ini village again today on October 21st and this time around he had more than a cow for Gitonga, the people of Komothai ward and Githunguri constituency at large.

In the company of the Kiambu Governor James Nyoro, prominent politicians and Gideon Gitonga himself, Raila arrived at Gathiru-ini village in the afternoon of today as he commenced his tour of Kiambu county once again.

The first stop was at the Gathiru-ini coffee factory where he held a meeting with farmers and it's also in that meeting that Raila announced why he went back to the village and what he had carried for the people of Githunguri.

While addressing Gathiru-ini coffee farmers, Raila said that "this is my second time here in Gathiru-ini village. The first time I came here, I had been invited by a young man called Gideon who was celebrating his birthday.

Gideon sent me an SMS a while ago that he would like to have me grace over his birthday celebration and after being amazed by his courage, I called him to assure him that I'll come. So I came for the birthday and we celebrated together." 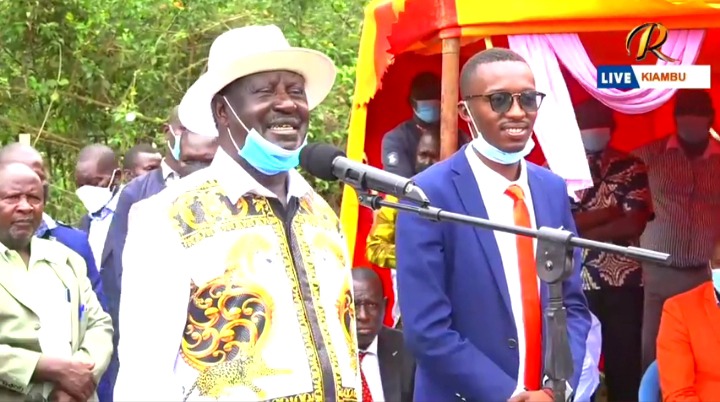 He then added that "while at Gideon's birthday celebration, he told me the plight of coffee farmers from this village especially those that depend on Gathiru-ini coffee factory.

There's also a young nurse who told me at that party that residents of this area have challenges accessing health services like X-ray scanning.

That most of them are forced to travel all the way to Gatundu Level 6 hospital for scanning since the Kigumo hospital doesn't have an X-ray machine."

"It's after listening to them that I came back and because I'm a friend of the youth, I've come with an X-ray machine that we'll give to Kigumo hospital. On the coffee issue, we'll sit down with Governor Nyoro and President Uhuru Kenyatta so that way find a solution," he said.

The former PM also gave the farmers a bundle of cash which looked like one million shillings before proceeding to Kigumo hospital to handover the X-ray machine. 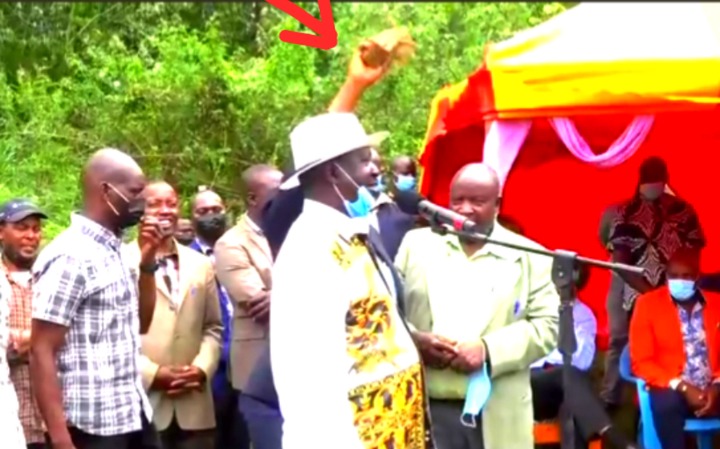 At the time of writing this article, Raila had already donated the X-ray machine at Kigumo hospital and was in a meeting with his Mt. Kenya allies.

Raila speaks at minute 16th of the video in the link below. 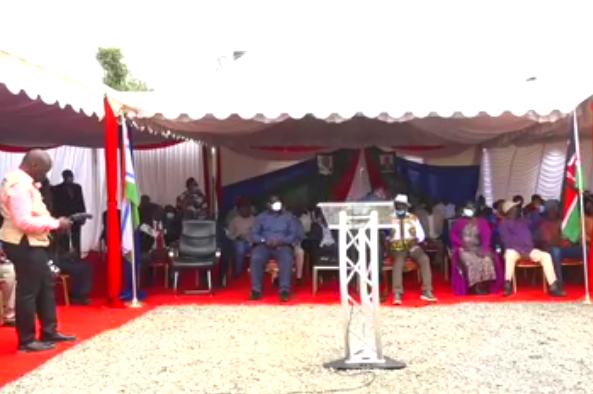