By Communist (self media writer) | 4 months ago

Kimilili member of parliament hon didmus Barasa has already apologized and defended himself for his action which has since then gone viral in a video on social media platforms. 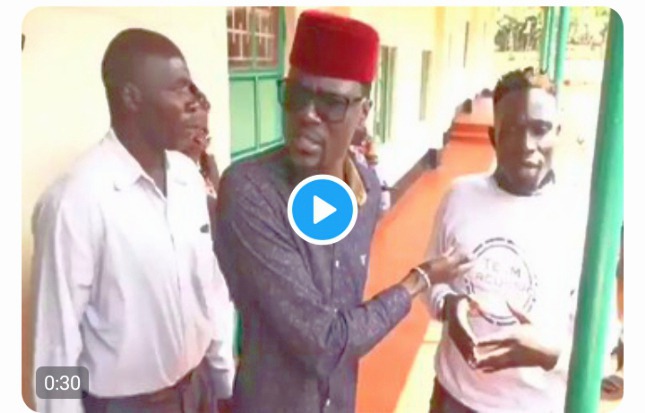 According to his statement to a group of women and children in his constituency,the vocal member of parliament said that he had no bad intentions towards the musician. He said that Steve Kay is a musician who they have known each other for a long time. Adding that he was the one that brought Steve in limelight as he was campaigning and Kay was his musician supporter.

"There are some people who don't understand how this government works. There is this gentleman man Steve whom I have mentored and given the platform during my campaigns,now I went to kamukuywa and gave him a tender to repair a classroom and on returning their today,I found that he had removed the students outside and locked the class with a padlock that he wants his money paid in full," he said.

"As he approached me I discovered that the students were laughing at him and when I looked keenly I found out that he was not closing his zip,so I went closer and told him to close it up as a friend," he added.

Barasa was caught on cameras slapping the popular musician who had barred him from commissioning a classroom until he was paid an amount exacting to ksh. 3.5m.

Content created and supplied by: Communist (via Opera News )

Unyama: Man Slashes His Granny's Head With an Axe and Kills Several Animals After Quarrel