"This Is What The President Gave Me!" The Famous "Ontonglo" Shares His Success Story

You remember the famous Ontonglo, who performed a poet to the president Uhuru Kenyatta and touched the heart of the president, he shares his success journey at Milele Fm Radio.

Ontonglo who his real name is Daniel Owira became a celebrity, winning the hearts of many including President Uhuru Kenyatta, after presenting a narrative titled Otonglo back in 2013 at the annual Kenya Schools, Colleges and Universities Drama Festivals. While narrating his story at Milele Fm Radio on Friday the 26th of February 2011, Daniel recalls his experience before and meeting president Uhuru Kenyatta in Statehouse.

He said that when he was invited to Statehouse, he was taken by his Music teacher, explaining the anxiety he had after arriving in Statehouse, he said the president asked him what he require from him. Being in a confused state he looked around of anything he can request from the president and he said education.

He told the president to facilitate him acquire education. And true to the president's words he enrolled him in Kenyatta Trust Foundation which offered him the education support he required. And apart from that Ontonglo says the president also gave them money which helped them relocated from the area they were staying to a better place.

He pursued a degree in Film production and Broadcasting and currently he is an intern in one of the companies in Nairobi. He says that the president changed his life for the better and will always be grateful to him.

Here is the video with part of his story. 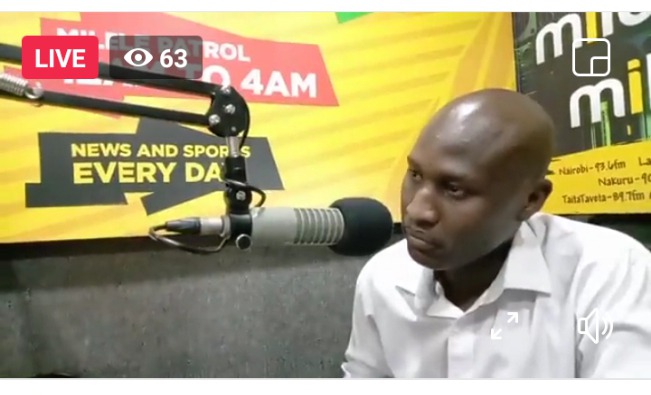 Murathe: Ruto Should Clear His Name More Than Me Over KEMSA Scandal, Am Clean

Key Factors That Shall Determine The Next Narok County Governor- Opinion

They are Both Calm But Hardworking, Oparanya and Kibaki Shares This in Common