'I Don't Like Your Comedy' Nicki Bigfish Tells Off MCA Tricky

By LeezWriter (self media writer) | 3 months ago 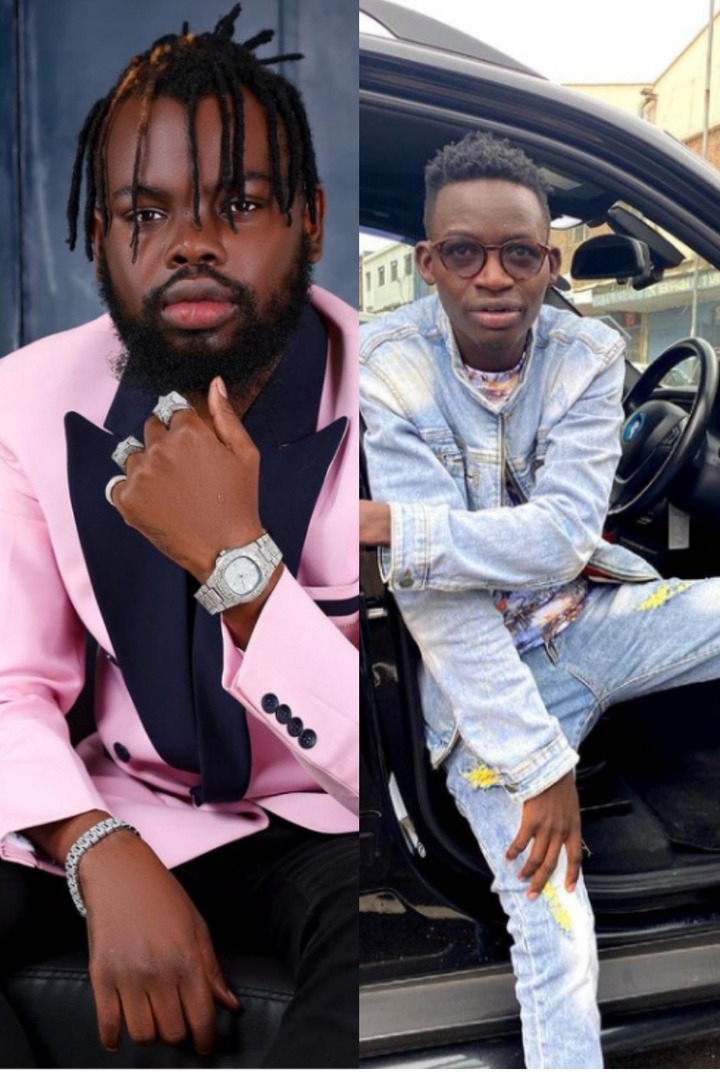 Prankster Nicki Bigfish has took to Instagram to tell off MCA Tricky that he doesn't like his comedy after MCA Tricky posted a picture of him arriving from South Sudan where had gone to perform at the comedy festival. 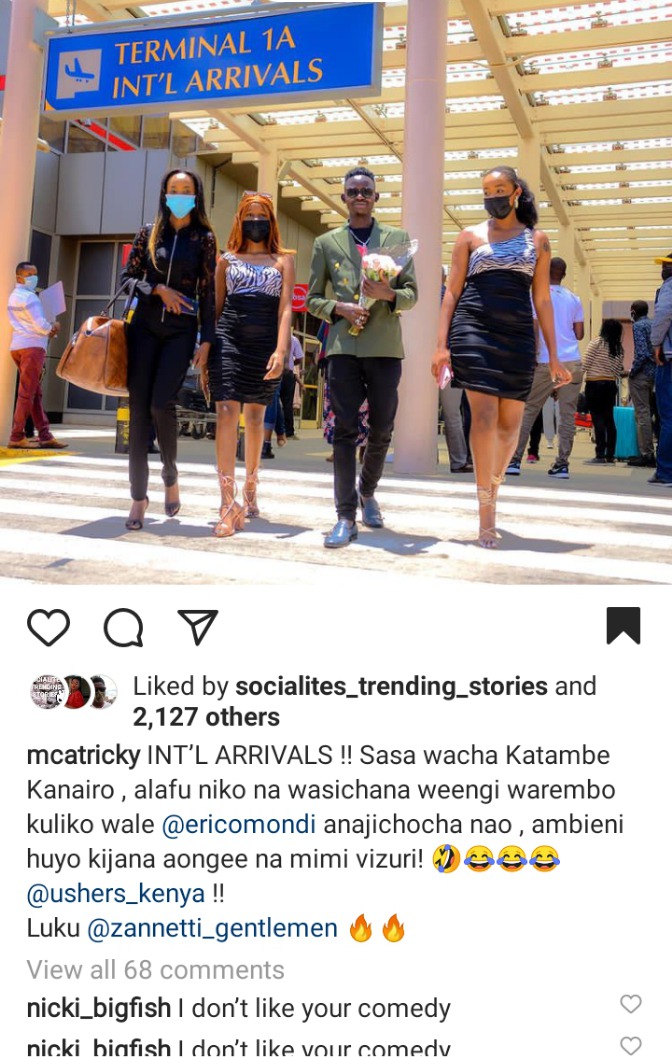 Reasons for Nicki not liking Tricky's comedy are best known to him but may it be known that the two are comedians.Nicki is known for the pranks that he pulls on passers-by in the streets of Nairobi in a show aired on Ebru TV called Jibonge.

MCA Tricky as he goes by his moniker,first made his debut appearance on Churchill Show in 2016.He painted a narrative of being a street boy who had dropped out of school and came to the streets of Nairobi to eke out a living.A narrative that he convincingly pulled off because of his slurry Swahili speech and creased clothes.Although many people believed ,it was not true.By the time he was making a name out of comedy ,he was a third year student at KU.

Do you hold the same sentiments as MCA Tricky that Kenyan artists don't love each other? 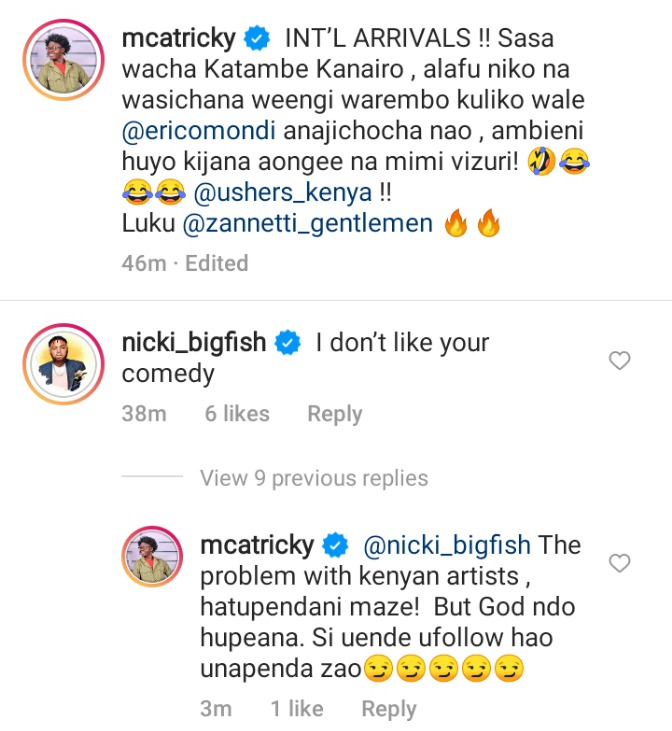 Content created and supplied by: LeezWriter (via Opera News )