By YourMuse (self media writer) | 1 year ago 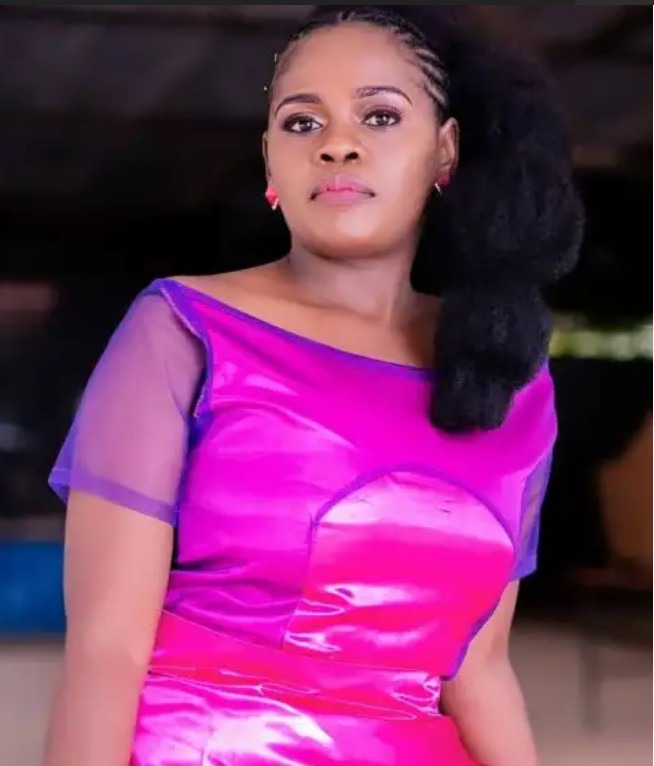 Betty Bayo has been in the limelight since she released her most popular gospel song eleventh hour several years back. She is one of the highest riding in fame Kikuyu gospel musicians. Her fame doubled after being associated with the controversial Pastor Kanyari whom she was married to before he made headlines for all the wrong reasons, mainly misleading his congregation.

Betty Bayo is currently single, but shares kids with Pastor Kanyari. Lately she has become active on social media where she shares her life testimonies and endorsements once in a while. She has also been making headlines for some of the remarks she has been making on social media. The most recent one is the remark she shared concerning Size 8's predicament after her husband Dj Mo was exposed by Edgar Obare for cheating on her. Betty shared a post advising size 8 to stay strong for her marriage because cheating is a minor offense.

While some netizens seemed to agree with her sentiments, others felt that cheating shouldn't be taken lightly as she portrayed it. Others pointed out that if marriage was that easy to her, she shouldn't have been single mother. 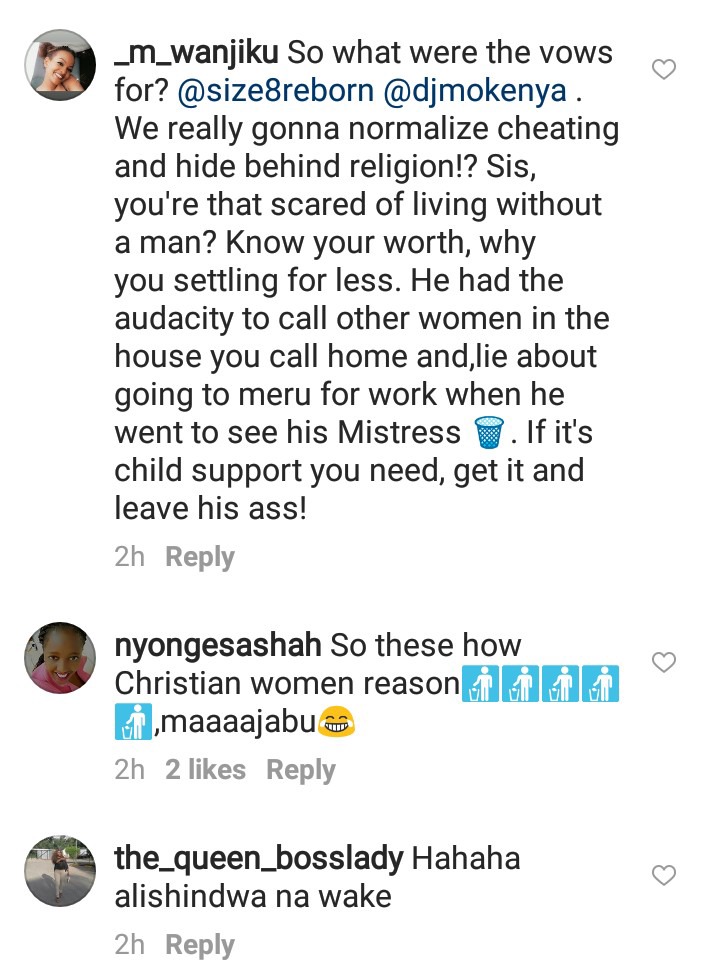 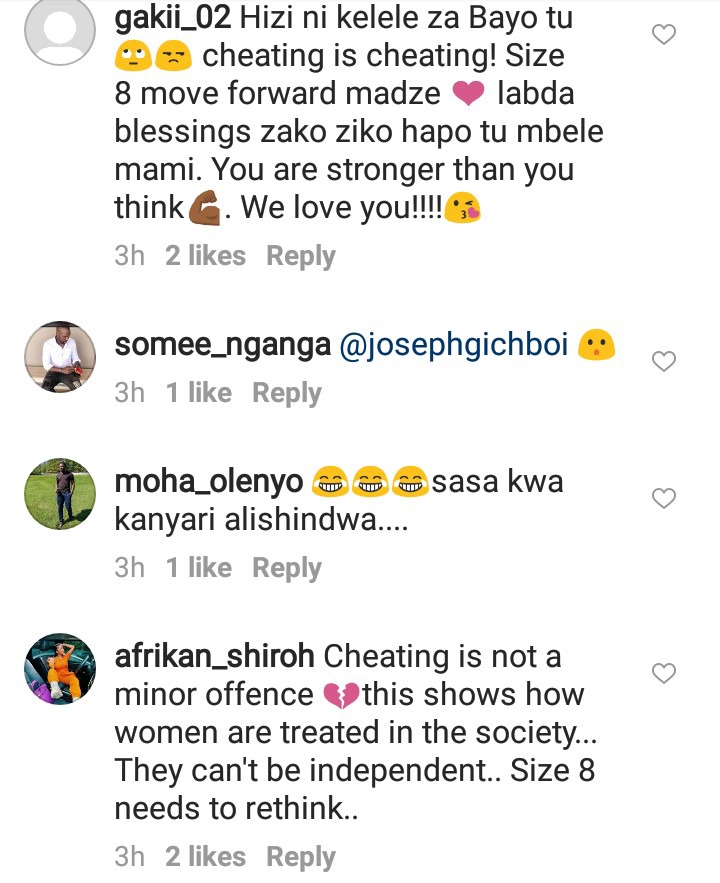 Another encounter where some followers found her intolerable is an incident where she shared is a screenshot of a married man who was hitting on her. You could see from the screenshot that she turned the man's offer down by telling him that she respects marriages. She could still be regretting posting that screenshot because of the negativity it received. Many were of the opinion that she was chasing clout, and that ladies get such messages and Dms all the time but they don't go exposing them on social media. 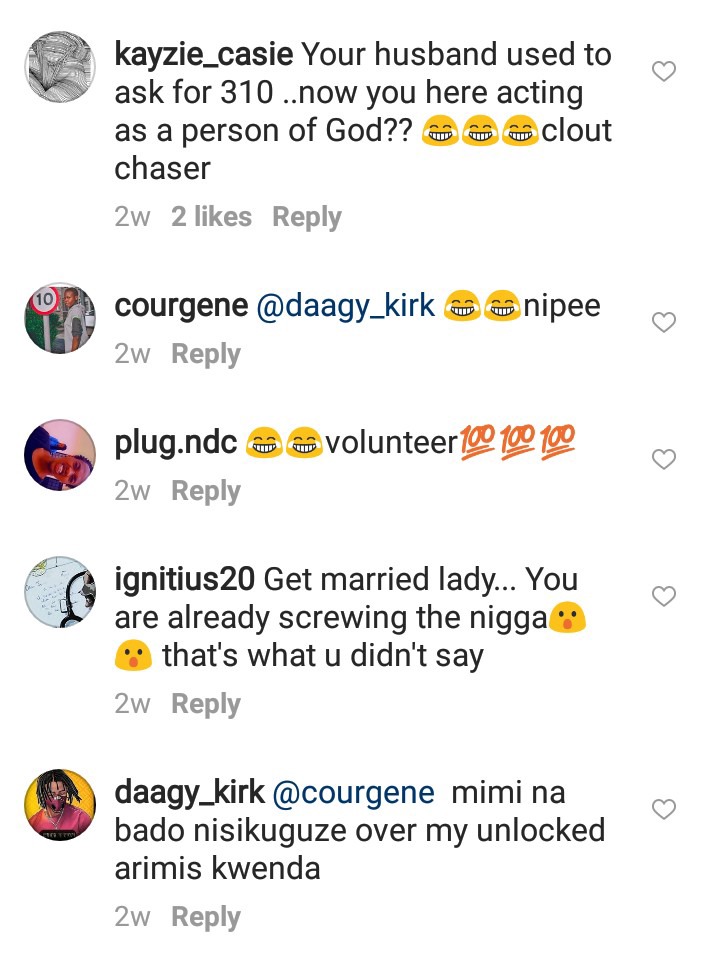 Then there is the incident where she shared a testimony about carrying fake car keys back when she was a hustler as sign of faith that she would own a car one day. That post elicited mixed reactions as usual, and mostly were of the opinion that as usual, she was chasing clout.

Those three instances beg the question, could social media be the ruin of Betty Bayo? From the look of things, she really needs to slow down on the corridors of social media and maybe just use it to share her projects which is currently most people's opinion.