By Yourstory (self media writer) | 1 month ago

Wakazi Webiro Wassira famously known as The leader, is a Tanzanian public figure and celebrity based in Chicago, United States of America. The male public figure is an artist, activist, actor, hip hop connoisseur, content creator, work ethic and a YouTuber.

The male activist based in abroad made a statement that was pointing fingers at Tanzanian artists who allegedly have beef with each other. Diamond Platinums and Harmonize are known to have beef. This happened after Harmonize left Diamond's WCB music label to pursue his own career after bringing him to fame and branding his name in the music scene. 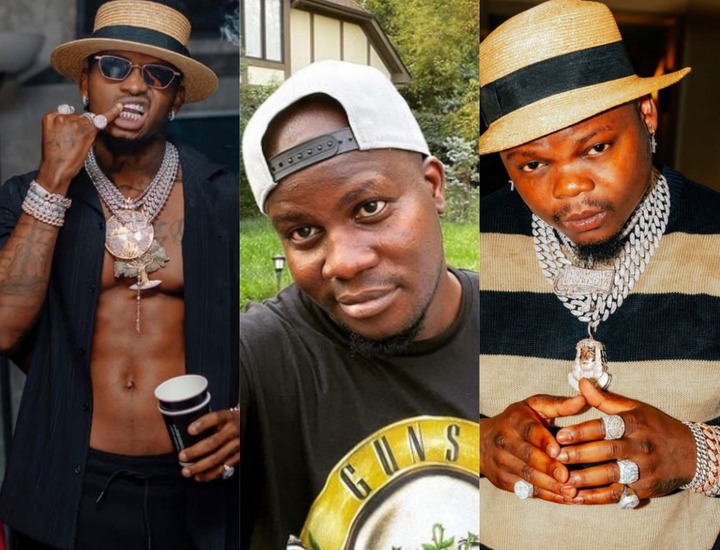 Harmonize is known to be in competition with his former boss and frenemy yet Diamond Platimums is way above and beyond when you compare the two in terms of music success. In an Instagram Post that Wakazi, also known as the leader, he made a post blasting the beef between Diamond Platinums and Harmonize. 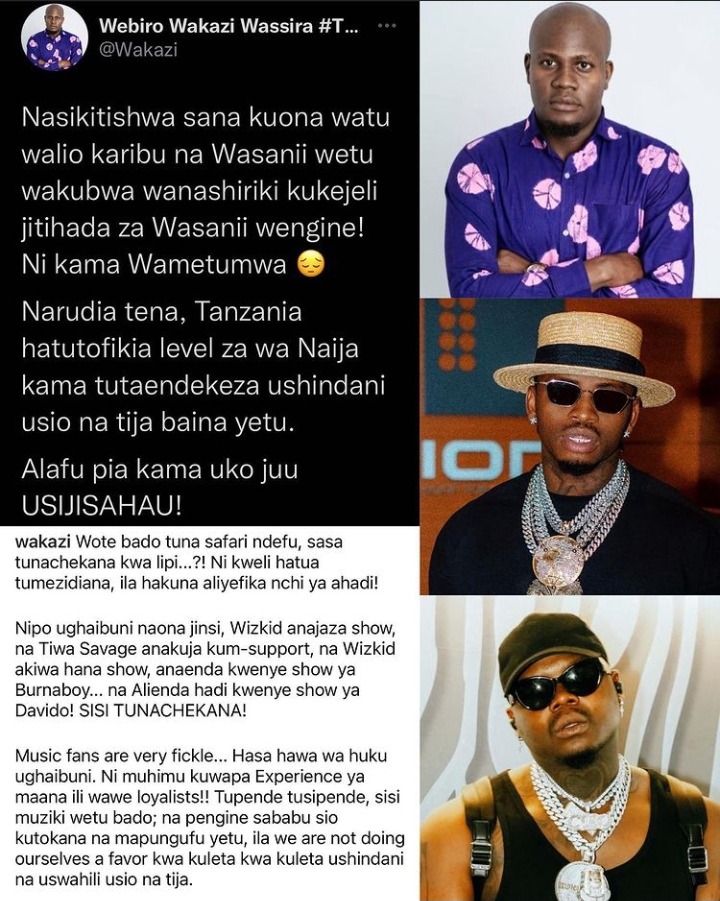 The activist told them to squash the stupid beef existing between them and support each other if they want to go far. Swahili music also known as bongo music won't reach overseas and gain much limelight if the two won't work and support each other. To further prove his point, the activist compared them to how Nigerian big artists are taking international scene, this is because of the support they are giving each other.

Wakazi went on to say that Wizkid,who was known to have beef with Davido always attends some of his shows abroad to show him support despite of the allegedly beef and music power they both have. This also applies to Burna Boy and Tiwa Savage where these artists show support to each other and put their ego aside for the greater good.

If bongo music is to go far the two need to stop competing, beefing and start showing support to each other if they aspire to reach the international limelight that the Afro-pop artists in Nigeria have attained.

Netizens also weighed their thoughts on what the activist said. Some backed him because of the truth and insight he spoke. 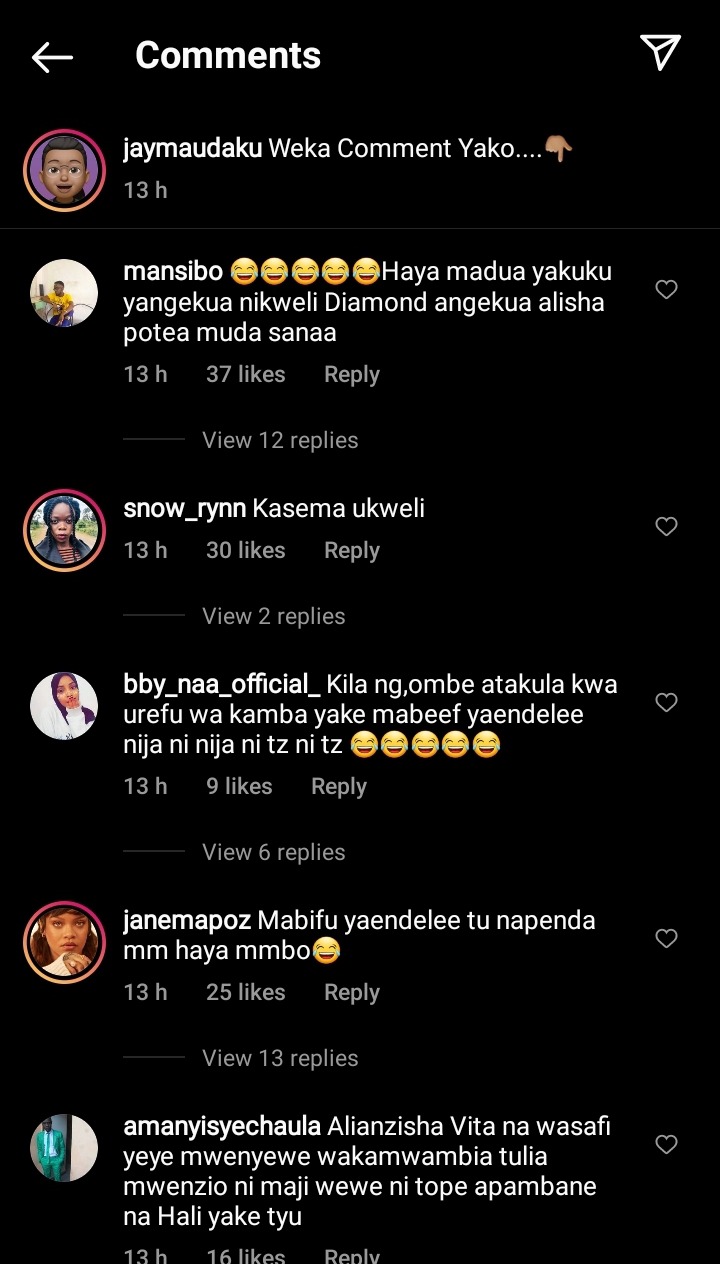