By Kenbens (self meida writer) | 1 months

Song writer, Dickson Munyonyi, popularly known as "Wamunyonyi" , could be the most sought-after musician in 2021, after his Firirida song became very popular in the country, three-and-a-half decades after he composed it.

A man whose voice and fortunes had dwindled is now the celebrity of the moment.

In interview with Kameme Fm; a kikuyu vernacular station, the Benga musician has revealed that he once made the traditional brew Muratina for President Uhuru Kenyatta.

Muratina is traditional beer that is popular in the Agikuyu community especially during ceremonies such as the dowry celebrations.

Munyonyi said in KamemeFm, that Uhuru and his friends once visited him at home and he felt he had to show his generosity to them.

“At that time, Uhuru had not joined politics. I was still not so popular by then. He came with Kenneth Matiba’s son, Raymond, and I made Muratina and slaughtered a goat for them."

“The Muratina was so good that I even packed some for them,” he told Kameme FM.

Munyonyi said that, although things changed when the Uhuru was nominated as an MP, the artiste said that he has always been a good friend to him.

"He has been paying my medical bills. Since I was diagnosed with the heart problems,” he said.The veteran artist said he had approved the viral song as the new BBI anthem. And the BBI troop has been dancing this song following the overwhelming support of the document by the county Assemblies.

“I will forever be grateful to Uhuru for all the support he has given to me. BBI promoters can use my song as their anthem as long as they want it,” the singer said.

Firirida song was recorded back in 1986, and was popular at that time before it faded out and was forgotten.

The hit song is now compared to the popular"Jerusalem's" song that trended around the world some months ago. 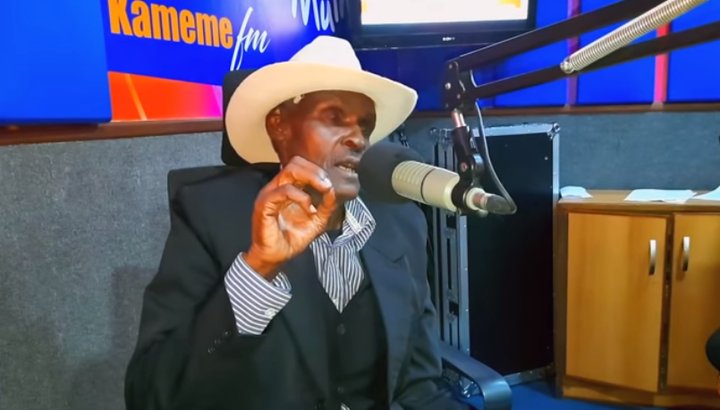 Content created and supplied by: Kenbens (via Opera News )

Here Is What Causes Skin Cancer, Symptoms And Precautionary Measure To Take In Order To Be Safe

Ladies, Check Out This Gorgeous Ideas On How To Rock In Floral Pants

Why Do African Leaders Always Want To Rule For Long Years?