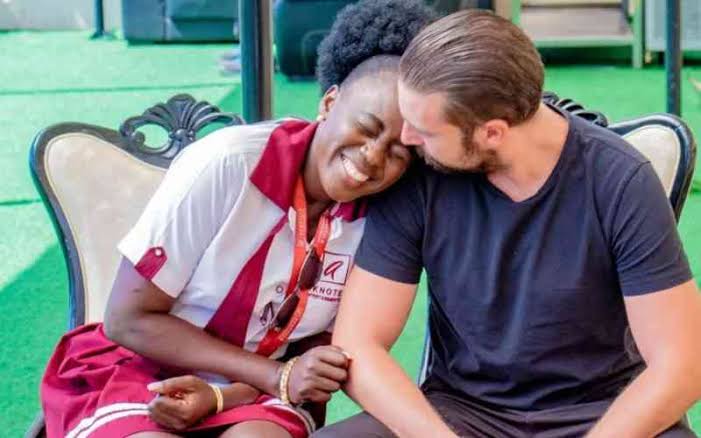 Esther Akoth, aka Akothee, a Kenyan musician and brand influencer, gave K24TV 10 minutes to remove a report they had published that featured Akothee and her family. If the media outlet didn't take down the story within the allotted time frame, the mother of five threatened to take unspecified action against them.

According to pictures from the weekend bridal shower for Elseba Awuor Kokeyo, aka Cebbie Koks, Akothee could have kept her word and not attended. 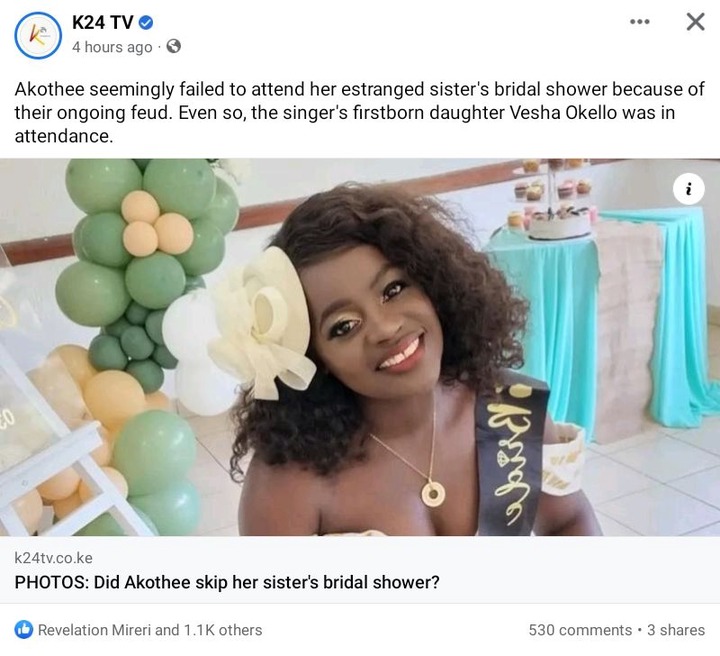 Before her upcoming wedding, which is scheduled for this month, Cebbie was given a magnificent bridal shower on Saturday, December 3, 2022 by her friends. 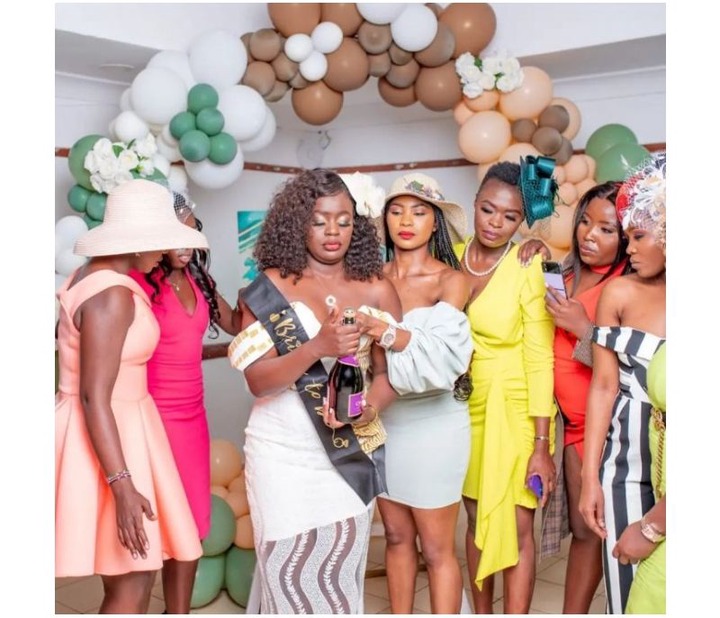 Akothee seemed to have missed her distanced sister's bridal shower due to their ongoing argument, as she had previously intimated. Vesha Okello, the singer's firstborn child, was present nonetheless. 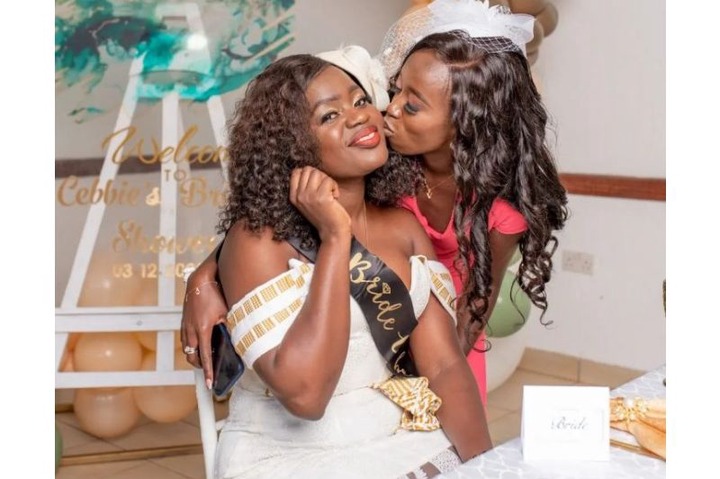 Notably, Akothee and her fiance Omondi have postponed their wedding from December 2022 to 2023, citing family conflicts.

The mother of five had a disagreement with her small sister Cebbie after learning that they both had December wedding dates set.

In a video she posted on social media where she discussed the origins of her complicated relationship with her younger sister, Akothee passionately lashed out at her family and Cebbie and said that they had urged her to put off her wedding.

She went on to say that because of their damaged relationship, she would not be going to Cebbie Kok's wedding in December.

"In this case, you won't see her at any of my occasions or any of hers, but we are still blood sisters and will undoubtedly run into each other at other family events if they still consider me to be a member of their family. However, I will accept their judgments and the way this ends if this message has also harmed my relationship with the rest of the innocent families we heavily involved "said Akothee.

"Being the older sibling once more, I was made to swallow things. I didn't mind playing the bigger sibling until I became a doormat," she spoke.

The above article might have triggered some kind of anger from the single mother who couldn't contain her anger and gave the media house an ultimatum concerning the published story. 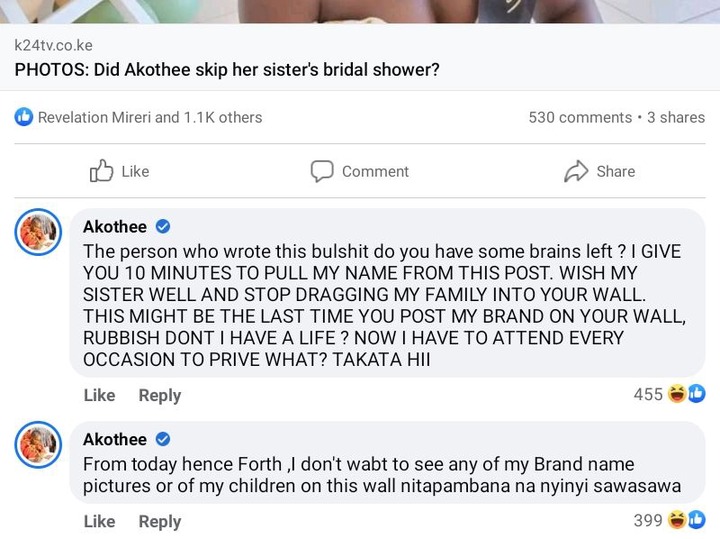