10 Celebrities That Have Criminal Records You Didn't Know?

By Jobwanjala (self media writer) | 10 days ago

Celebrities are always under the spotlight regardless of whether it's on their highs or lows. Some of them were arrested for different charges and accusations like drug offenses, illegal possession of firearms and even assault.

From A-list actors to top artists, the high life has surely kept some compelling stories hidden away somewhere all these years. Here is a list of 10 celebrities who have criminal records that you may not know of. 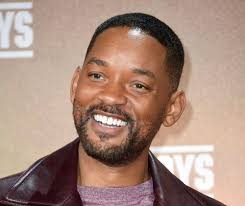 Known as one of Hollywood's most phenomenal actor, it seems like Will Smith doesn't have that squeaky clean image after all. The actor had a criminal record under his belt and was arrested for aggravated assault and criminal conspiracy way back in 1989. Whatever the truth might have been, the charges against Will Smith were eventually dropped.

It is surprising to know that the highly sought after singer, songwriter, and music producer was arrested of cocaine possession way back in 2010. In 2012, his felony conviction was dismissed by the courts. 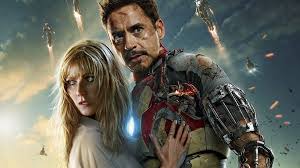 Crime: Drunk driving, drug possession, and possession of a firearm.

Next up is the multi-awarded actor and famously known today in his role as Iron Man, Robert Downey Jr. He has been arrested multiple times for drug possession of cocaine, heroin, and marijuana as well as possession of a Magnum revolver in 1996. He was then sentenced to six months in prison. 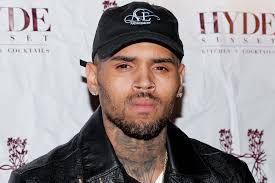 The famous singer has been charged with assault after he attacked his famous ex-girlfriend, Rihanna. Not only that, his aggressive behavior also led him to have other assault charges after allegedly punching his former manager Mike G.

Jay-Z was arrested for third-degree assault where he pleaded guilty of the charge. He was then sentenced to three years 'probation.

Hollywood actor Matthew McConaughey was arrested way back in 1999 when his neighbors had enough of him and decided to call the police. Even though he was arrested for suspected possession of marijuana and some drug paraphernalia, McConaughey was later charged only for resisting transportation, a misdemeanor crime. Fortunately for him, all charges that involved drugs were eventually dropped except for the noise complaint by his neighbors for which he was fined $50.

Crime: DUI and violation of probation

The "Fast and the Furious" star really likes to live fast and drive furiously as most of her criminal records are attached to DUI's (driving under the influence) and violating probation. Rodriguez spent five days in prison in 2006 where she was found guilty for drunk driving where she bailed out with $500 fine. However, since the prison was overcrowded, she was released from prison the same day she entered.

One of today's hot and talented A-list actors, Mark Wahlberg was actually quite a hoodlum back in the day. The charge was later dropped to assault which resulted to a sentence of 2 years in jail. She was arrested for DUI in 2007 and later reported in jail to serve time for violation of probation in 2008. She was sentenced of up to 30 days in jail and enrollment in an alcohol treatment program within three weeks upon her release. She was then released just after less three hours in jail due to overcrowding.

The famous young singer-songwriter had several run-ins with the law. In 2012, he was accused of reckless driving in his neighborhood and was also charged with vandalism in Brazil in 2013. He was then arrested in Miami Beach, Florida in 2014 when he was suspected with DUI, driving with an over six-month expired license, and resisting arrest without violence. He was released from these charges on a $2,500 bond. However, a few months after, he was once again charged with one misdemeanor count of vandalism in California for throwing eggs at his Calabasas neighbor's home. He was sentenced to pay $80,900 in restitution, serve two years of probation, complete twelve weeks of anger management, and five days of community service.

Agony For Kenyans As Electricity Costs Set To Rise-EPRA