British Man Who Had His Ears Removed And Tattooed His Face To Look Like His Parrots.

Ted Richards doesn't strike you as an ordinary man when you first glance in his direction. He is unique in every possible way due to the multiple body modification procedures. The British Man spots long multicolored locks which resembles the appearance of his pet parrots. 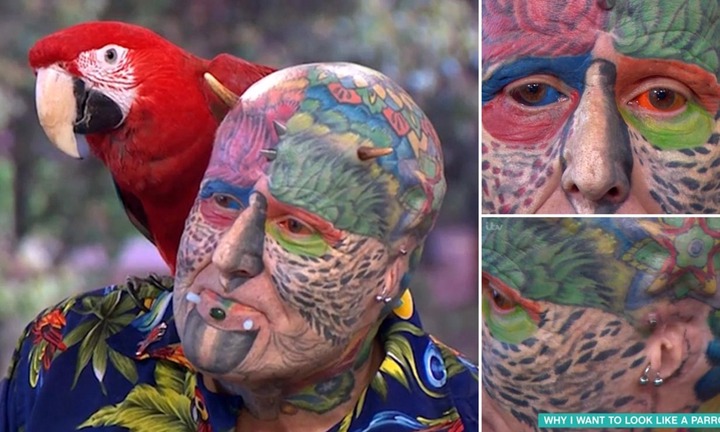 The very first procedure Richard underwent was to tattoo his face and eyeballs so that he could resemble his beloved parrots. He then went ahead and had both his earlobes surgically removed to even liken the impression more. Richard says he loves his appearance more and that it's the best thing that has happened to him. He says he can stare at himself in the mirror for so long, admiring his new look. 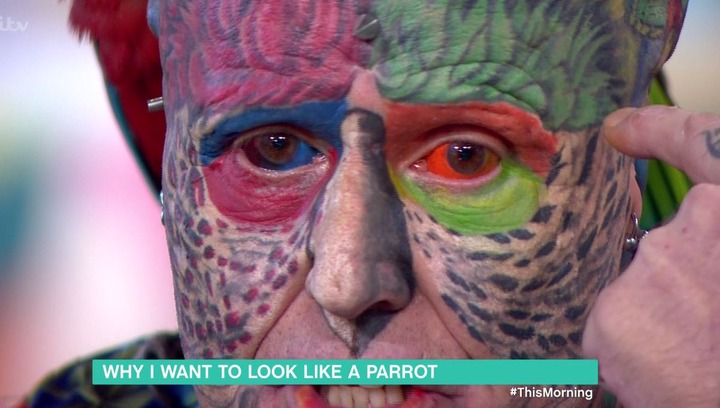 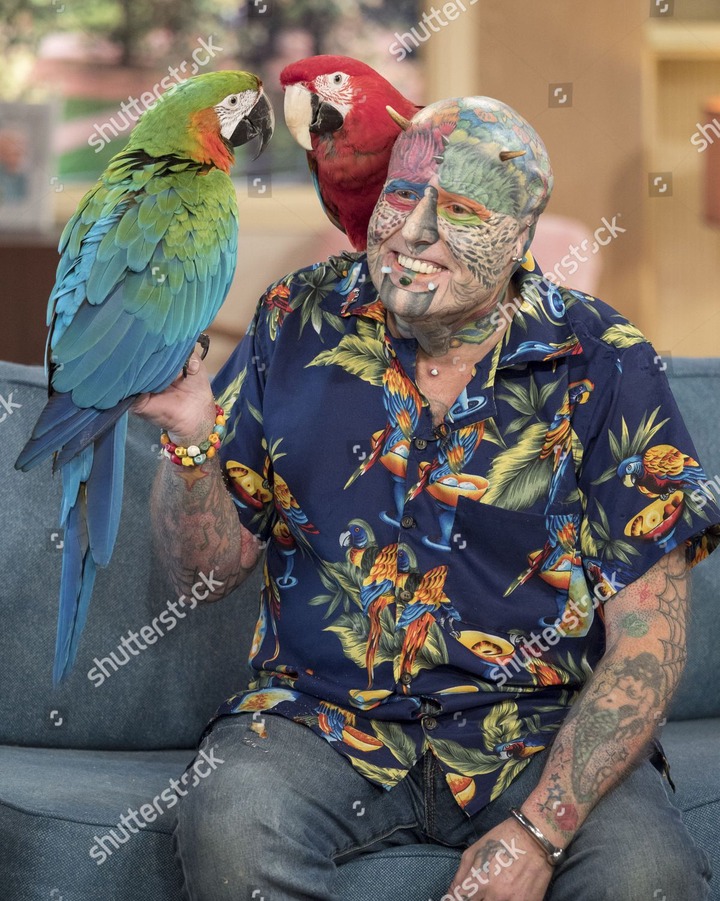 Ted, a retired shoe factory worker got his first tattoo in 1976 and has since done a number of body modifications covering almost his entire body. He lives with his four pet parrots, a South American Pet Iguana called Iggy and Pitbull named Candy. 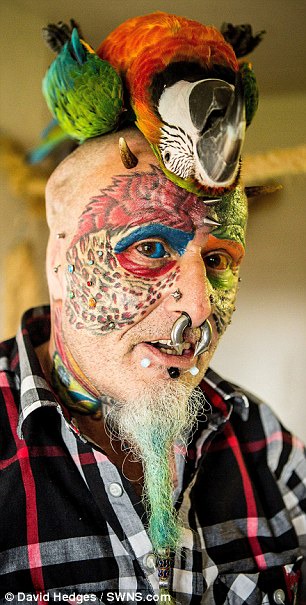