Marya Prude Responds After Fan Asked If She Is Team LGBT, Opens Up About Marriage

By Jeropkibe (self media writer) | 9 days ago 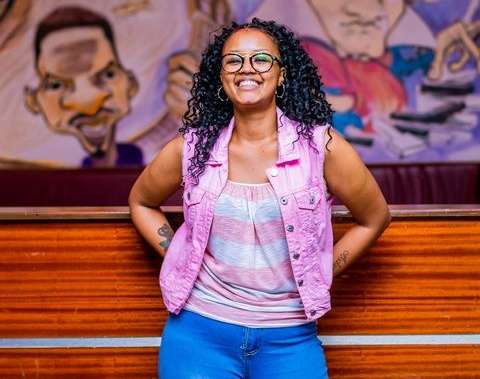 Royal Media Services employee Willis Raburu set the Internet ablaze few years ago when he got married to a beautiful lady, Mary Ngami better known as Marya Prude. Their marriage however did not survive the test, as they broke up not long after they painfully lost their first born, Adana.

Willis Raburu managed to move on, grabbing for himself another hot lady, Ivy Namu. They already got a son together. On her side, Marya Prude turned to partying, terming it ' sherehe' . 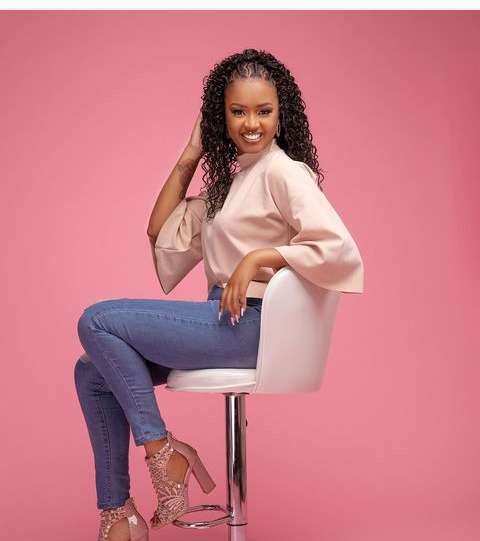 She has not shown any sign of dating again, leave alone getting married. This has left many with different opinions of her, as the one shown on Tuesday evening when she took to her Instagram stories to engage her fans in question and answer session.

Well, it was here that she was forced to defend herself after a fan asked to know if she had joined the LGBT, a group that is mostly identified with the rainbow sign. Answering this, Prude said she is straight, and loves men despite the fact that she is currently single. 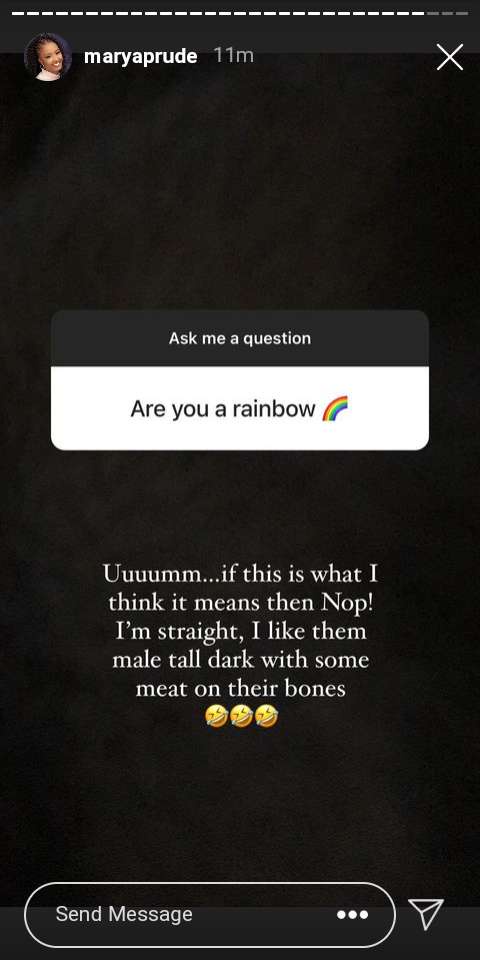 She also told off fans who kept on asking her about when she is getting married, again. According to Marya, she is not looking for a man, and despite the fact that she believes in and respects marriage as institution, she views herself as someone who was not meant to be married. 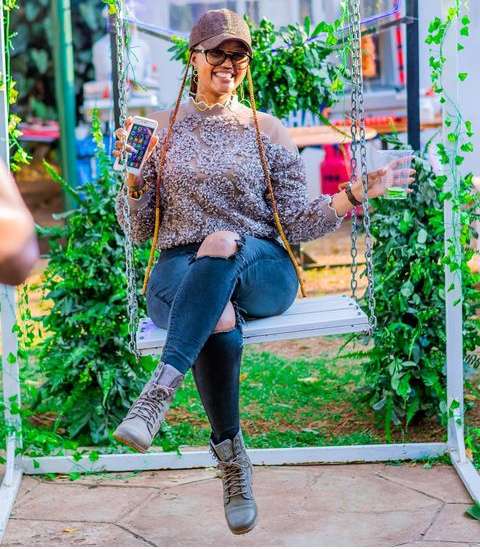 She also asked her fans to stop reminding her every now and then about her failed marriage with the journalist, Willis Raburu. 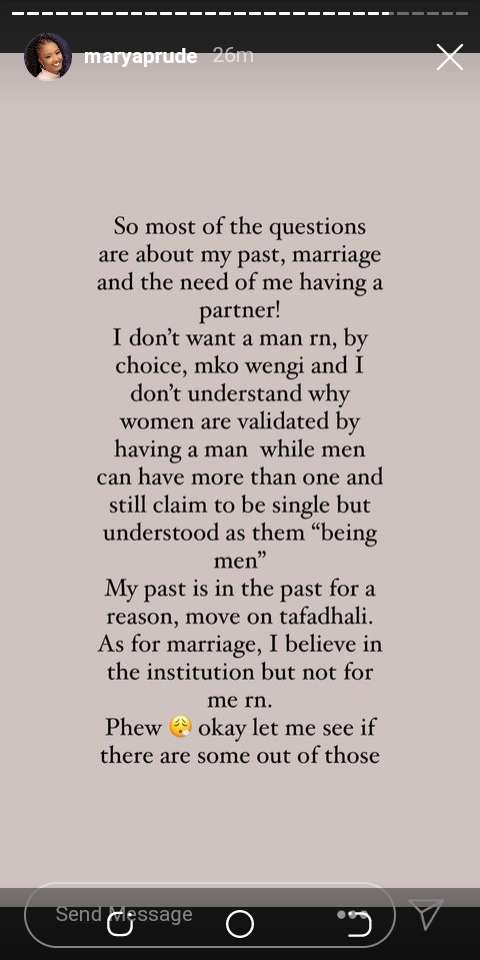 This was after she shared a post that read, 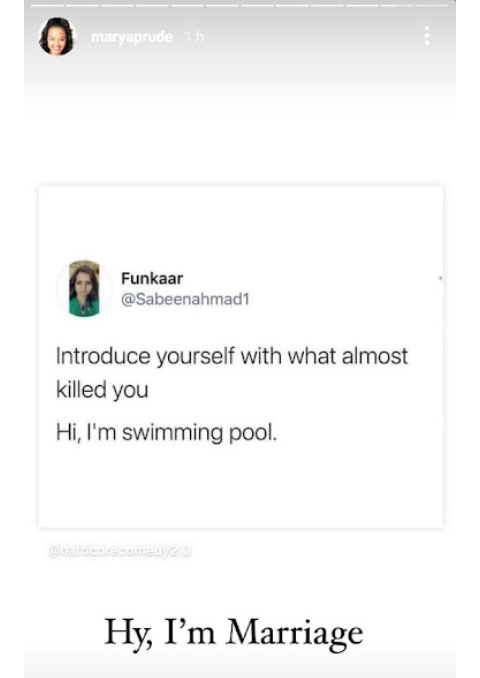 She also seemed to question God' s existence in one of her posts. 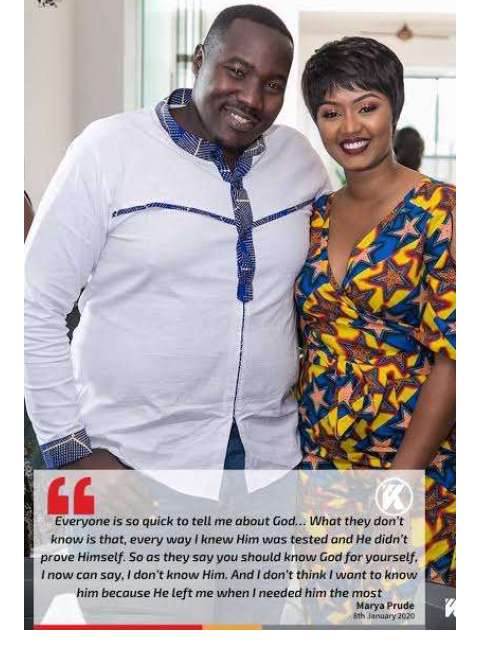 She claimed that during the times she was being tested, God never showed up hence it was never right for anyone to continue telling her about God.