By Willss.com (self media writer) | 4 months ago 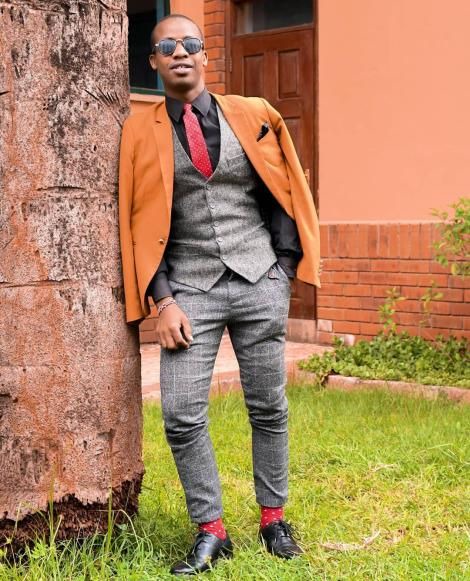 A former Switch TV news anchor has resorted to earning a living as a tout after the station shut down on December 31, 2021, and sent most of its employees home.

Robert Ouma, who was a Swahili news anchor at the Red Cross-owned station, shared photos of his new workplace on Thursday, January 20 to the surprise of his followers.

He, however, revealed that he is content and happy with his new job stating, "an office is just a name, let's work. Tout of the week. Rongai massive."

Speaking to Kenyans.co.ke, Ouma stated that he decided to take up the job to meet his needs and disclosed that he does not regret the move. However, he is actively seeking opportunities in the media industry.

On December 10, Switch TV made a radical change in its business model that saw it transition from on-air to digital broadcast.

The media house stated that it would cease on-air broadcast operations. In a statement, the media group Chairman, Sahil Shah, stated that they would focus on the digital space from 2022.

Shah explained that Switch Media decided to fully transition to the audio-visual and digital space in line with market demands and that the media house will be building the new strategy around being 'digital-first.

Switch Media further announced that it would be launching new and thrilling services and products as it expands into the digital space.

"In character with our core philosophy of being responsive to the needs of the youth and with the ambition to become the go-to media platform for the emerging generation, Switch Media has made a conscious decision to build a new strategy around being

"In view of this, Switch Media will be launching new and exciting services and products in this expanding digital space. We hope to grow this brand together with the technology that comes with it. We assure our stakeholders of our continued presence and support," he stated.

Other Switch TV journalists who were rendered jobless after the unceremonious closure are; Fred Muitiriri, Nana Owiti, Tony Kwalanda, just to name a few.

Content created and supplied by: Willss.com (via Opera News )