By Queen_Ke (self media writer) | 3 months ago

A few days after the birth of their daughter Malaika, Bahati and his lovely wife Diana Marua returned to the studio to release a remix of their song "Mhesh."

Sosuun and Ssaru, two female artists, who the singer had previously avoided, gave the song a killer atmosphere, and the singer finally warmed up to them. Diana brags about her power in the entertainment industry throughout the song, while the accompanying images show her in what appears to be a hospital setting. 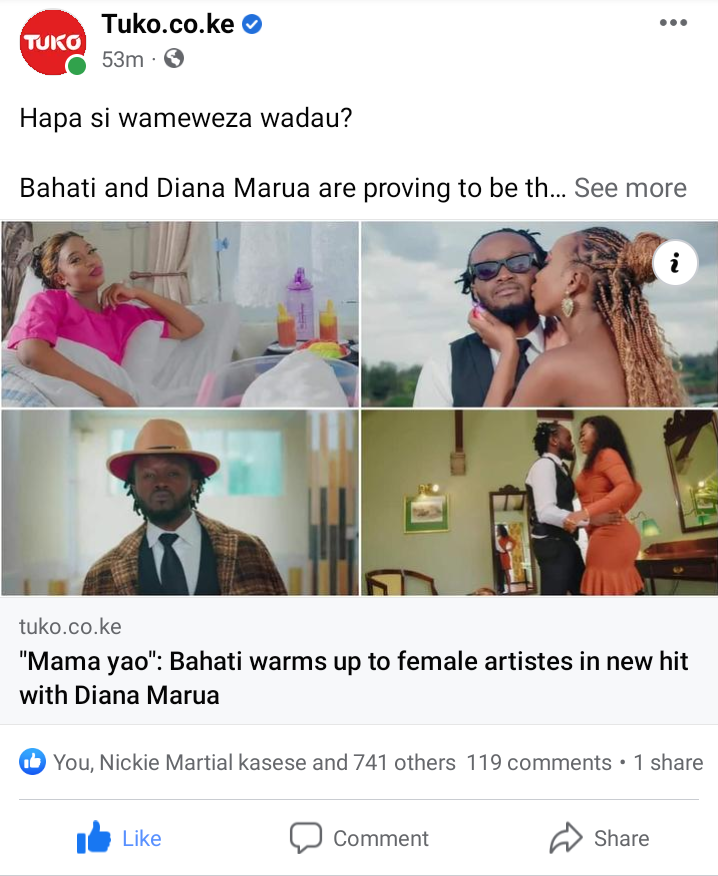 Kevin Bahati and his wife, Diana Marua, are well-known figures in Kenya, and they recently became parents to a baby girl, Malaika.

Both the couple's appearance and Bahati's pledges to spoil the ladies are exaggerated in this song, which is performed in the traditional mhesh style. Sosuun opens with a killer rap, accentuated by her orange figure-hugging clothing and slick makeup. 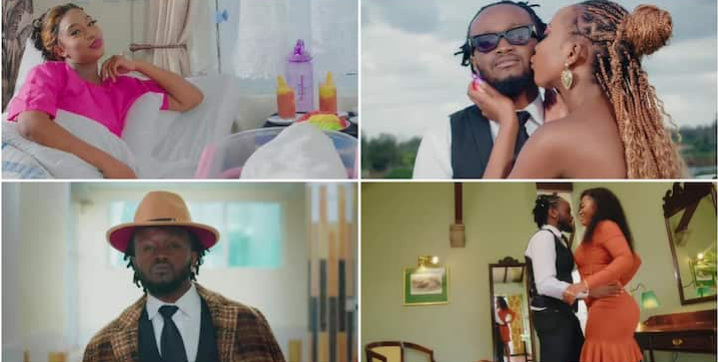 Ssaru kisses Bahati on the cheek as he says, "I'll lavish you with money," a classic way to close a conversation. In her scenario, which took place while Diana Marua was still in the hospital after giving birth to baby Malaika, she referred to herself as a "goat" in the business.

The content producer was seen wearing a pink maternity gown but had expertly applied makeup. She sounded confident and slayed the stage with her vocals, declaring that she was still "mama yao" despite what anyone else would say.

Bahati and Diana Marua have emerged as a musical industry power couple. Diana showed off her rhyming skills in the hospital room and said that she was still the goat in the game even after having birth.

Their latest single, a remix of "Mhesh," features Sosuun and Ssaru.

Content created and supplied by: Queen_Ke (via Opera News )