Citizen TV through Jeff Koinange and Victoria Lubadiri some minutes ago has aired a report with a Headline 'Doctor of death' that has triggered a series of mixed reactions from Kenyans. 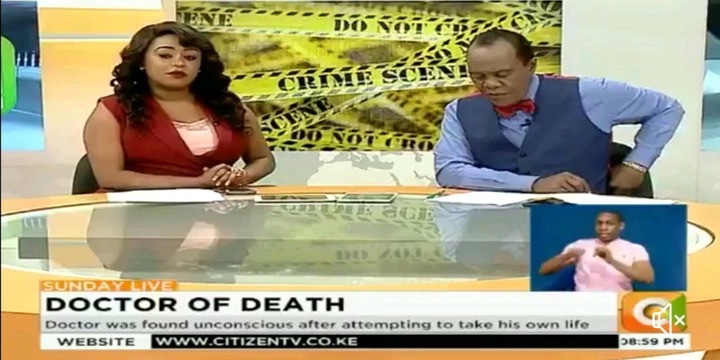 During the report,Citizen reported on the incident of the Nakuru Doctor who murdered his two children through injecting them with a chemical substance afterwards tried to kill himself too.

According to the report by Citizen TV, the Doctor was found unconscious after killing his two children.

Part of the report read, "Shock as Nakuru-based doctor murders his two children. Doctor suspected to have injected minors with a chemical substance.Doctor was found unconscious after attempting to take his own life. Inconclusive results on the cause of the two deaths #SundayLive."

Now,Flamboyant City Lawyer Wahome Thuku has angrily reacted to the report shaming Citizen TV for the report questioning the Headline.