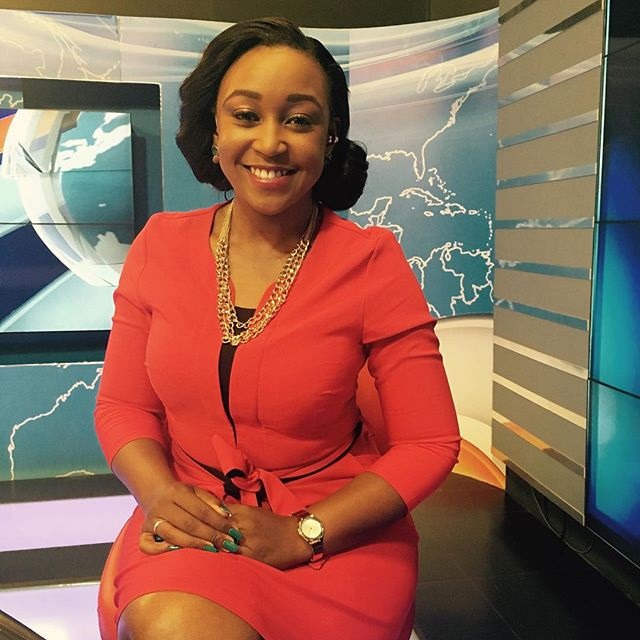 Betty Mutei Kyallo is an Award-winning Media Personality in Kenya who has worked with, Standard Group owned station KTN and Mediamax owned TV station K24.She is also and entrepreneur.

The year 2020 was a successful year for Betty Kyallo as she was crowned as the TV/Online Influencer of the Year at the Inaugural Africa Digital Influencer Awards (ADIA).

In the same year, Betty Kyallo was also named among 100 Most Influential Young Africans by Africa Youth Awards in collaboration with Avance Media.

In the year 2018, Betty Kyallo was voted as the Journalist of the Year by Kenyans on Twitter popularly known as K0T defeating opposition from KTN news reporter Timothy Otieno, The Star Digital Editor Oliver Mathenge and Marvin Gakuyi.

In the year 2017, SOMA named Betty Kyallo as the Media Personality of the Year.

Betty Kyallo is the second born in a family of four. Her other siblings are Mercy Kyallo, Brian Kyallo and Gloria Kyallo.

Betty Kyallo’s parents divorced while she was still very young. She lived with her mother and other siblings in Ongata Rongai Estate in Nairobi where their father would visit them occasionally.

Upon completing her high school education, Betty joined Daystar University where she graduated with a Bachelor’s Degree in Mass Communication.

Betty Kyallo’s dream as a young girl was to become a nun. She admired how angelic they looked. Betty Kyallo is highly passionate about cars.

Betty Kyallo started off her Journalism career at the Kenyan channel, KTN; where she joined as an Intern and grew through the ranks to become a senior news anchor.

She later left KTN in July 2018 and joined K24 where used to hosted a show known Up Close and the Weekend with Betty. whereby she interviewed a number of Kenyan Media personalities. However, she left K24 in May 2020.

In February 2021, Betty announced comeback on TV via KTN Home, where she would be hosting a gaming show known as “The Big Quiz Show” alongside renowned comedian Eric Omondi.

Betty Kyallo also started her own YouTube channel called Betty Kyallo Lately, where she has been documenting her day to day life. This earned her the Sliver Plaque by YouTube Management that was awarded to her for crossing the 100K subscribers mark.

Betty Kyallo is also the CEO and Founder of Flair By Betty, AfterShave and BK Closet a cloth line; which she launched earlier this year.

In the year 2018, Betty’s Flair by Betty won the Best Luxurious Beauty Parlour award, at the Pwani Fashion Week Awards.