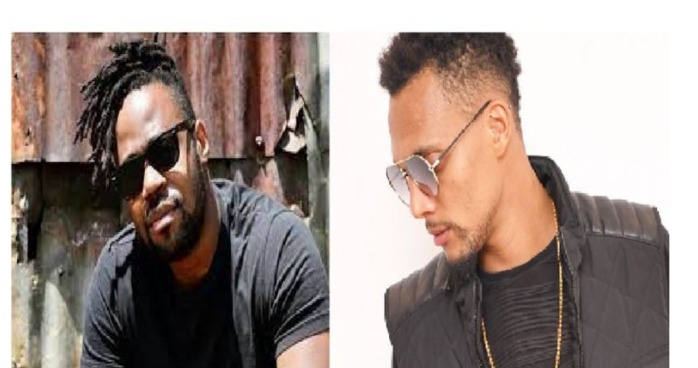 According to reports, the gossip master’s BNN KE account was deleted by Instagram management on Thursday. The move came just a few months after he lost his original Edgar Obare account amidst his ‘Wash Wash’ expose.

And as the tea master scowled about his missing account, the Nairobi-based rapper shared posts on his pages claiming that he was the one who took the account down.﻿ 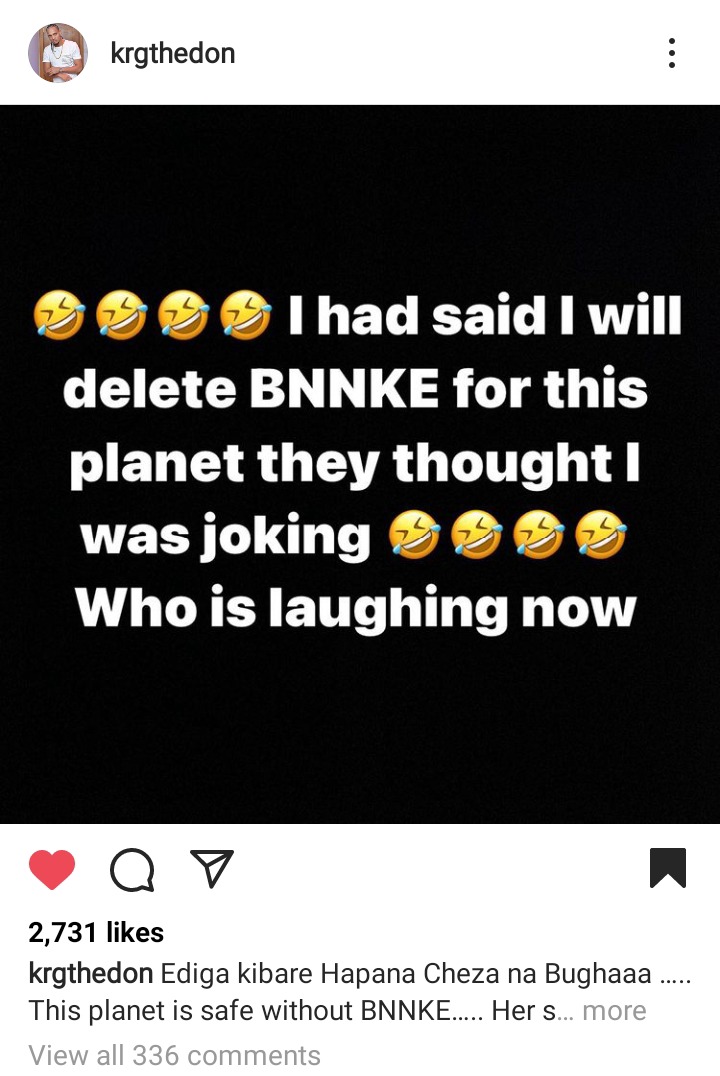 KRG had previously warned the blogger about his activities threatening that he would hack his accounts if he did not change.

Edgar and KRG have been beefing ever since the former exposed the musician’s humble past which changed after the popular musician joined the Wash Wash get rich quick activity.

Through one of his students, Edgar revealed that KRG’s past hustle was hawking mandazis in Kisii town and selling brew in a joint opposite Aghakhan Hospital.

According to reports by the student, KRG joined the Wash Wash get rich quick activity in 2013. Allegedly, two people introduced him to the activity one being the owner of Lollipop Club in Kisii, Kevin Ombongi, and another person named Edwin alias Edu Linear.

He has established himself as a man who loves to gossip and he does it so well in front of a camera.

Known as his teaness, Obare has severally found a place in the mouths of Kenyans for his exposés on different prominent Kenyans sparking different reactions.

Whereas some Kenyans have defended him and even applauded him for his job saying that he does the important job of informing the audience, some have viciously criticized him for prying into people’s lives in order to make a living.