Do You Remember "Ugali Sosa" Singer? Here Is What SK Macharia Did For Him That Changed His Life

Anderson Murunga alias 'Man Ingwe' is both an artist and a pastor who rose to limelight after releasing his famous song dubbed "Ugali Sosa" among many other songs. His songs took our airwaves like a storm and everyone was dancing to his famous tune. Despite the fame that he got during that time, he has managed to live out of limelight for a long time. 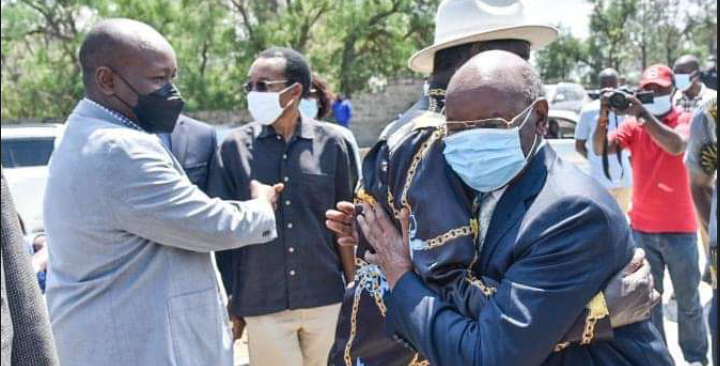 However, his stories has resurfaced after kenyans.co.ke addressed about his life and how he met SK Macharia. According to him, he claims that he was working for a telco company and that is where he became a superstar. He however departed the company despite having a stable income in order to concentrate on his music. 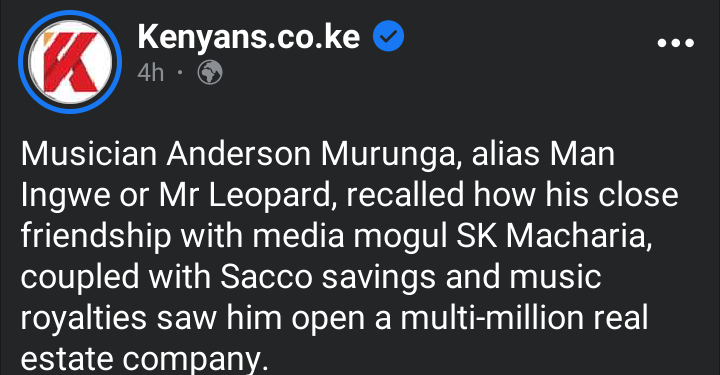 After he rose to limelight through his famous song 'ugali sosa', every media house, newspapers, magazines and radio were all looking for him. That is when he received most of his endorsements, performing and even emceeing popular events like weddings.

At one point, former radio Citizen presenter Joyce wa Gituro linked him up with SK Macharia at a private event and the two struck a friendship. He remembers that on the same day he was able to walk home with an amount not less than KSH.120,000 after entertaining the guest. SK Macharia played and important part in offering him with events to perform and also corporate endorsements for his company.