Tanzanian artist, Naseeb Abdul famous Diamond Platnumz has said he knew that Salum Iddi Nyange has been his biological father since 2000. 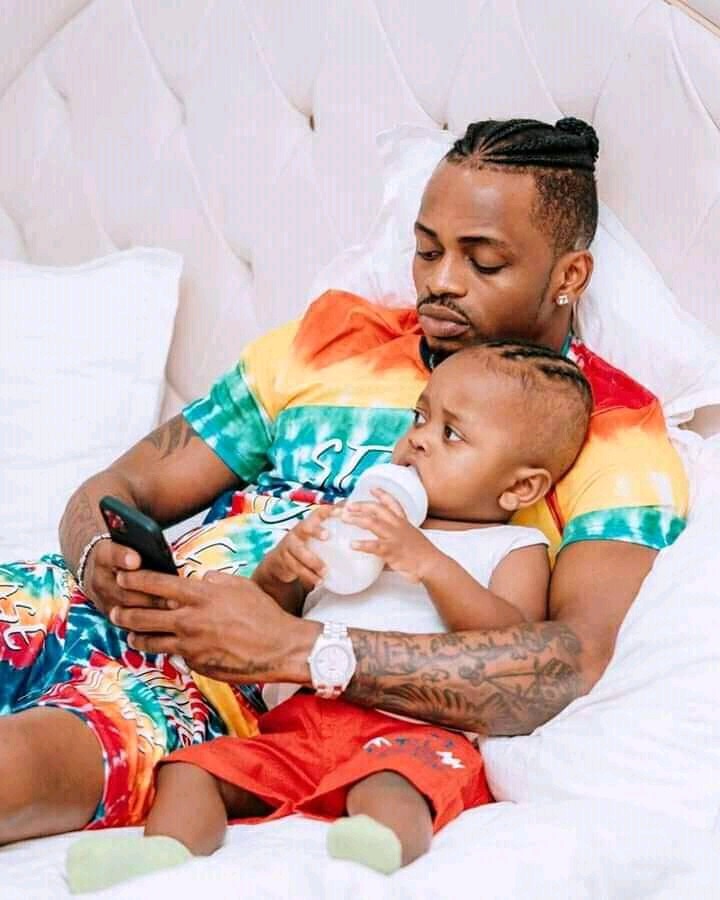 Diamond and his son ( Courtesy)

The hit song "Waah", which featured musician Koffi Olomide of the Democratic Republic of Congo (DRC), made the announcement on Thursday, January 28, 2021 on TheSwitch, aired by Wasafi radio.

It has been 15 days since the artist's mother, Sanura Kassim's famous Mama Dangote said the real father of her son is Nyange and not Abdul Juma who for many years has been known as the father of the fierce Bongofleva.

Mama Dangote made the remarks after receiving a phone call from Dida, a presenter of the Mashamsham program broadcast by Wasafi radio to explain the relationship between Diamond and Ricardo Momo who was being interviewed by the radio station.

In response, Dangote's mother said Ricardo and Diamond are brothers and their father is Nyange who is currently deceased.

In a statement yesterday, Diamond said he had been aware of the matter since 2000 after the mother of artist Rommy Jones who is also his sister instructed him about Salum Nyange.

“She told me that at that time my father was selling rice at Tandale market. When I arrived at Tandale market I met him and told him that I had been instructed that he was my father and he gave me rice and Sh200, I took home the rice. ”

"At that time they were not close to each other so it became my routine and I always go to see him a situation that led him and my mother to restore relations," said Diamond.

In his statement the artist who is vying for the MTV Mama awards in 2021 said he was sent to Kariakoo and met his other relatives including Ricardo and Iddy Santus and they lived in love.

"We had a wonderful love ..., since then I have been living in Tandale again and running to Kariakoo. But all that time I was not sure who my real family was, ”said Diamond.

He said when he was older he realized that those were his relatives as they were compatible and noted that he had never lived with the artist Queen Darlin who is the daughter of Mzee Abdul. 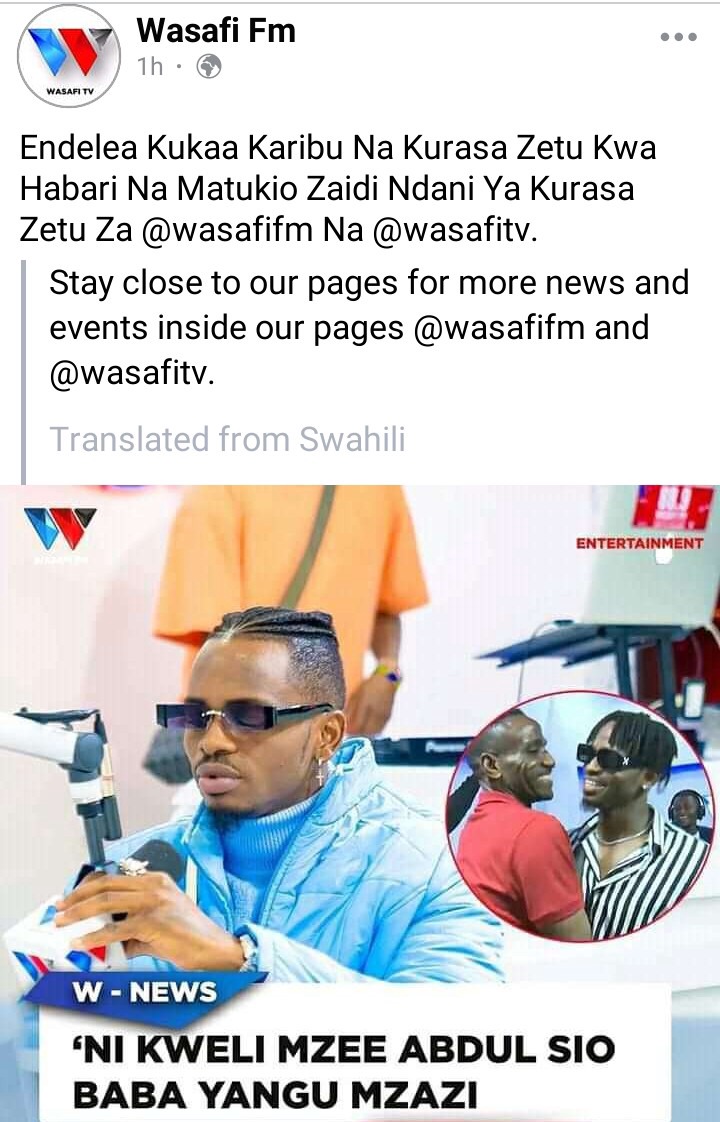 "Four months ago I talked to my mother about it and found out who my biological father was after looking at the pictures of Nyanga."

“There was a time when Mzee Abdul was sick and I was going to greet him but his mother (Mzee Abdul) was chasing me. One day I went with Queen Darlin and she told us that we had been sent by our mothers to play her thinking she would die and inherit property. I was wondering why this is happening but the other side (of Nyange) loves me and at the beginning that was bothering me a lot, ”he said. 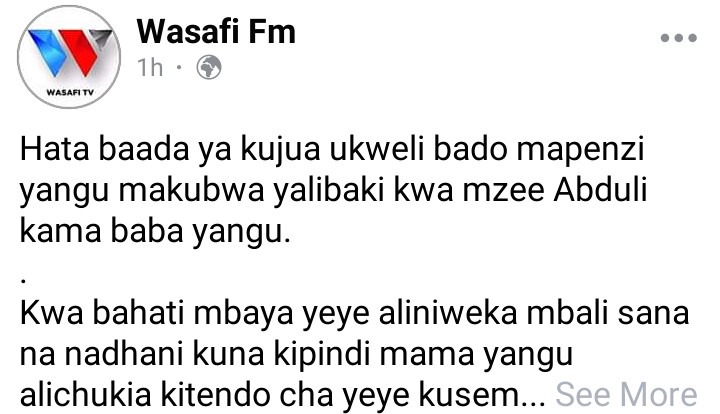 He claimed that despite the fact that Abdul was not around, that did not stop him from helping him, something that Dangote's mother did not like, claiming that the old man was abusing Diamond in the media.

The day Dangote's mother spoke about her father Diamond, Mzee Abdul was interviewed by various television stations and said that if the matter was discussed with Dangote's mother, she had nothing to add despite initially denying that he was not Diamond's father.