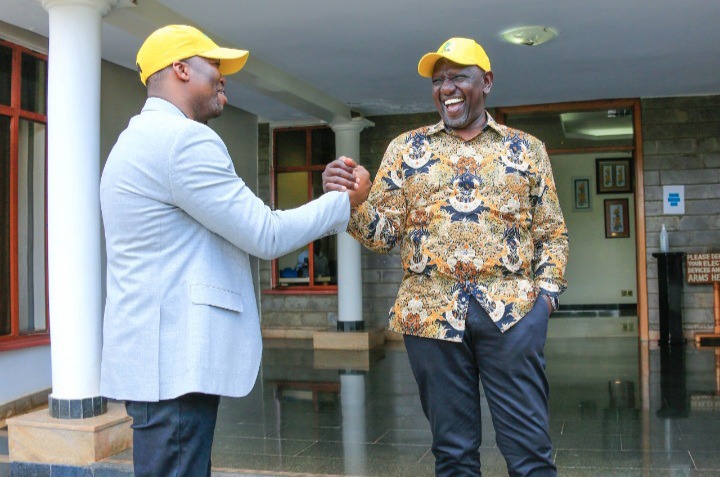 DP William Ruto today welcomed comedian Jasper Muthomi who is popularly known as MC Jessy to United Democratic Alliance (UDA) Party. MC Jessy will be contesting for the Imenti South parliamentary seat on a UDA ticket. He said that his political move was due to the advice of his people and he decided to heed the call. Ruto invited me to join UDA Party, comedian MC Jessy says as he joyfully takes hustler nation's cap. MC Jessy claimed he has a vision for his people and he will deliver it through the UDA Party.

He stated that enough groundwork has been done and he has landed in the right camp to give him victory in the August polls. MC Jessy had declared his candidature in last year in November and it is time for him to give the constituency and new face. He vowed to replace the incumbent MP who is Kathuri Murungi. However, several ODM allies reacted over his declaration. Some said that in any serious democracy and political party comedians like MC Jessy are not nominated. They claimed that they are entertainers who are crooks with no vision. Popular blogger who is a die-hard of ODM also reacted. Mutai claimed that comedians like supporting the most tainted candidates. 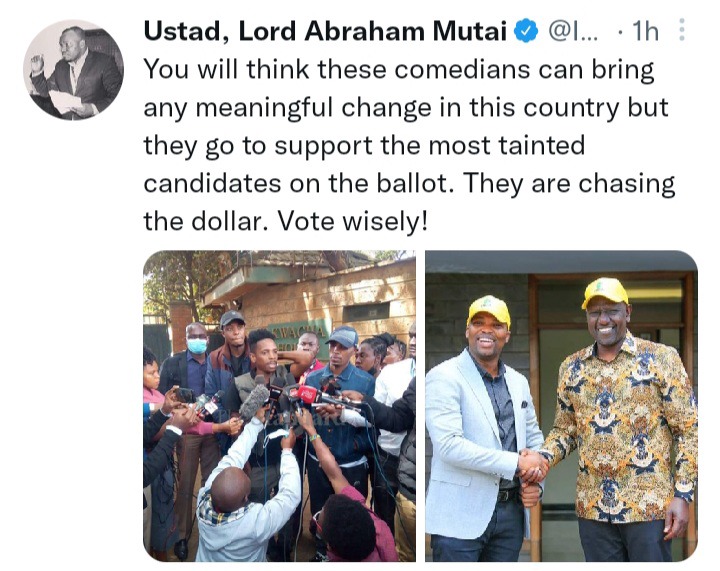 It Was Never Rigathi Nor Kindiki; MP Junet Mohamed Reveals What Ruto Said in 2020 About his Deputy

Gashagua at risk alongside other politicians with pending cases in court

Another Drama in Western as 3 MPs Are Cornered by a Colleague, Runs to The Party Leader for Help

Mudavadi Names The Agency Allegedly preparing to Rig Ruto Out, Offers A Solution

Ruto Did Not Complain When Matiangi Campaigned With Them In 2017,Why Condemn Him Now? Omogeni Asks

15 Quotes by Neson Mandela that Would Change Your Life