By KevinGatesKenya (self media writer) | 6 days ago

After his exit from Wasafi Records, Harmonize has been a busy bee catalyzing his beef with his ex mentor and chief executive of WCB Diamond Platinumz and what better way to beat the King than joining hand with his long- time nemesis. Well, you all know Alikiba just launched his third album after ten years and Harmonize has been seen at the frontline of supporting him on all his social media platforms. In his latest post on his Instagram page the East African star uploaded Ali Kiba' s album in which he he acknowledged it as a major hit tune. 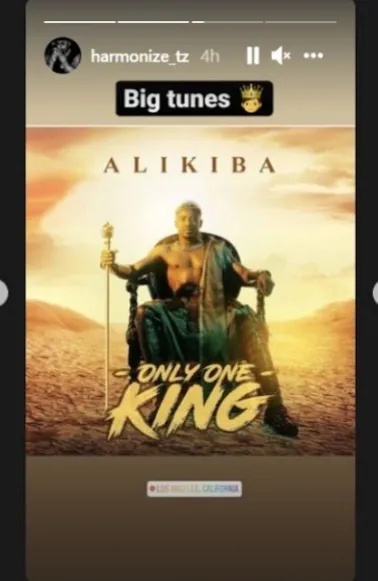 After Harmonize made his exit at WCB, he has never shown any support to his former boss Diamond Platnumuz neither has he supported his music. This is a clear indication that he left WCB in bad blood and the once upon besties are yet to settle their difference with Harmonize replacing Diamond who was previously his mentor with Alikiba. According to Harmonize, he did not find it fair for the Wasafi team to force him into paying them millions of shillings to the point where he had to sell some of his precious items to acquire the money. 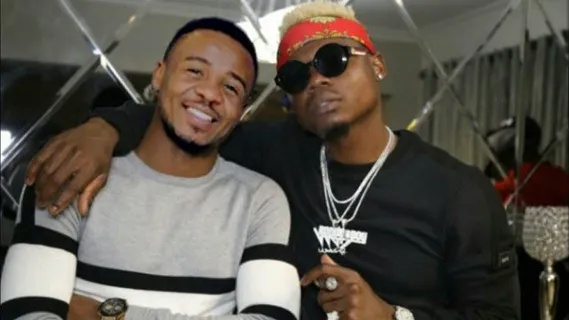 Well despite Harmonize playing a huge role in supporting Diamond' s frenemy Ali Kiba, we are not sure if Alikiba considers him a friend. This comes after Harmonize signed Cheed and Lilly to his record label ' Konde Music Worldwide' to whom he snatched from Alikiba.

Last year September Alikiba broke the internet after he reignited his beef with not only WCB boss Diamond Platnumuz but also his former sidekick Harmonize in his hitsong ' mediocre' . In the song, Alikiba called out the two East African mega starts for using dark magic to promote and sore up their music career. He went further to throw shades at them saying they are a shame to Bongo music and the only reason they keep gaining popularity is because of their publicity stunts. 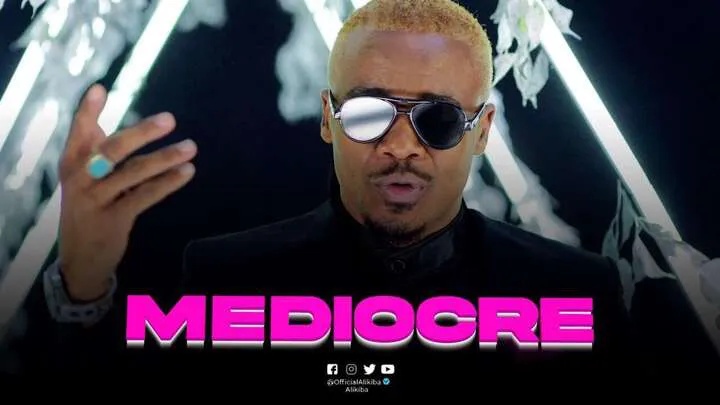 Kiba went ahead to proclaim himself the King of Bongo saying Diamond and Harmonize only use scandals to remain relevant and that their content has become overrated. He took his fans towards the memory lane when Harmonize fell on the stage while performing at Mkapa stadium a few years back. He then went ahead to give Harmonize the title of a failed artist wannabe king. 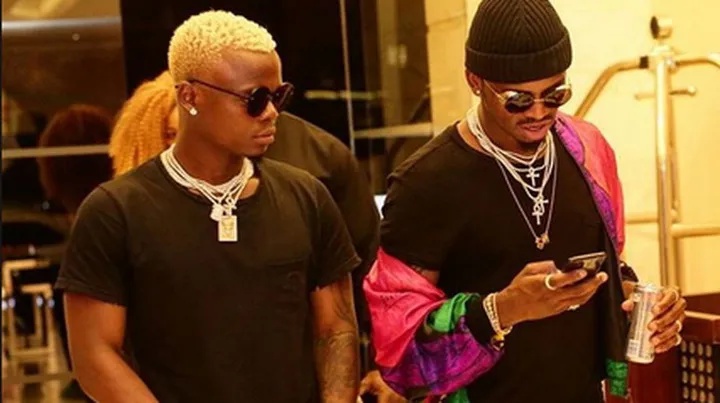 Ever since Harmonize signed two artists who were previously working with Ali Kiba' s record lebel before making their exit to join Harmonize' s record label, they have not seen each other eye to eye. In the song Ali Kiba expresses his disappointment in the two Tanzanian artists terming their actions as mediocrity hence the title of the song ' mediocre' 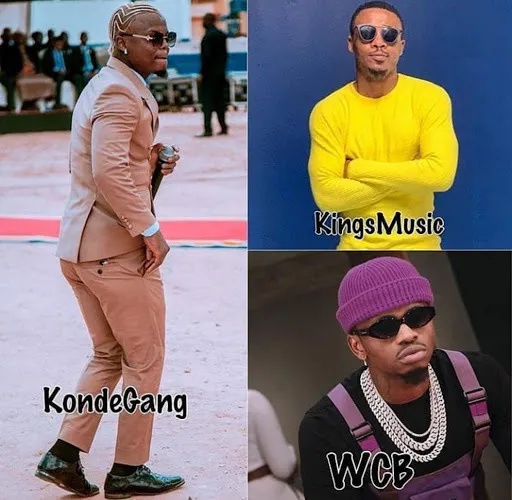 Diamond explains the importance of his beef between Alikiba and Harmonize

In an interview with Wasafi FM Diamond went public to reveal that the never- ending beef between his long- time enemy Alikiba and former sidekick Harmonize is not going to end any time soon. He revealed that their beef comes with a lot of controversies that serve as entertainment to their fans hence promote their music. He went further to state that rubbing shoulders with fellow artist as actually part and parcel of the music industry as it Keeps their fans focused on them and it' s easier to market their music. 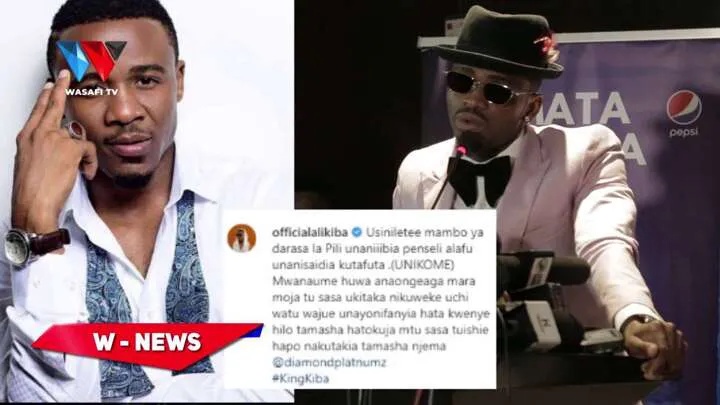 However he revealed that there are rules as neither of the artist should involve any of each other' s families as chances are the matter migh get personal and things could get messy. Apart from keeping their fans focused on them as well as entertained, it also creates competition omong the artist which promotes creativity. These were his exact words; 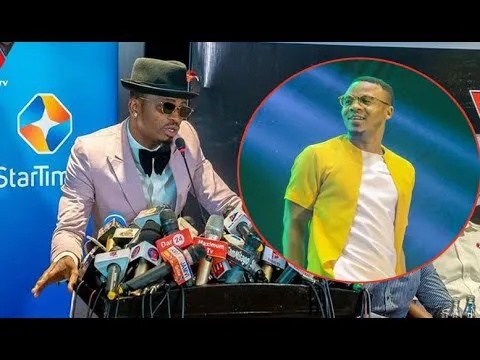 After he went public to support Alikiba' s latest album, fans could not help it but express their joy saying there was no use for him beefing with Alikiba. They has since applauded him for keeping their beef aside and look at the bigger picture as they could do wonders in the music indestry. 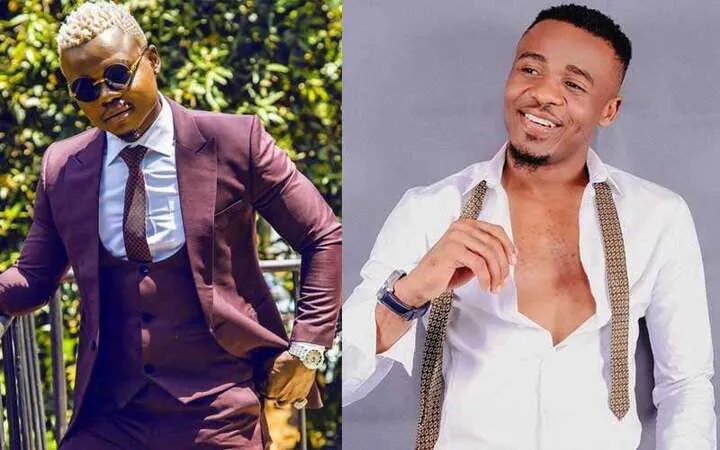 Others however laughed it out saying it is just a way of him trying to get attention from the public that is why Alikiba has not reacted to his post because he knows he is only clout chasing. Do share with us your thoughts regarding Harmonize' s action and follow this blog for more updates.

Mwanaisha Chidzuga refutes the claim she has joined UDA party