My Father Defiled Me And I Got Pregnant, He Threatened To kill Me if I Told Anyone," Lady Painfully Narrates

By wangecikiundu (self media writer) | 13 days ago

"My Father Defiled Me And I Got Pregnant, He Threatened To kill Me if I Told Anyone. Now I want Him Jailed" 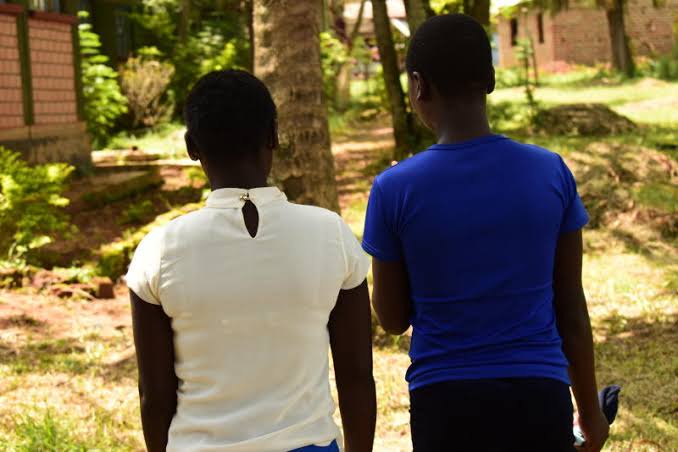 In a morning show "Kesi mashinani" hosted by Radio Maisha, a lady by the name of Karen has confessed how her father defiled her when she was in secondary school. According to Karen, it all began when the father and the mother separated.

Karen was sent home to go and get school fees. The mother sent her to go to her father's place to request him to cater for the school fees. However, the father came home drunk and forcefully defiled the girl. That is the same day she conceived. Karen said that her father is a primary school teacher who is a drunkard and violent man. After defiling her the man gave Karen transport and asked her to leave the following morning.

The father threatened her that if she told anyone, he would kill her and kill himself.

A month later, Karen took her brother to the father's place since he was to undergo circumcision. The man did not leave her alone. He went ahead and continued defiling her. She never shared that with anyone, not even the mother.

Upon realizing that she was pregnant, she told her father who told her to go and do an abortion. Karen did not do it. In 2017, she gave birth to a baby. Karen also dropped out of school due to trauma and depression and then got married.

However, these events are still haunting her as the father is still defiling other girls. To add to Karen's case, other girls have been defiled and forced to about by this inhuman man. Karen broke the odds and told the mother. She told her to record a statement. This lady wants to travel to Kitale from Nairobi to record the statement. She has vowed that she won't rest until this man is put in jail to rot there. She is still going through depression and seeking help. Why are people so inhuman?

Content created and supplied by: wangecikiundu (via Opera News )