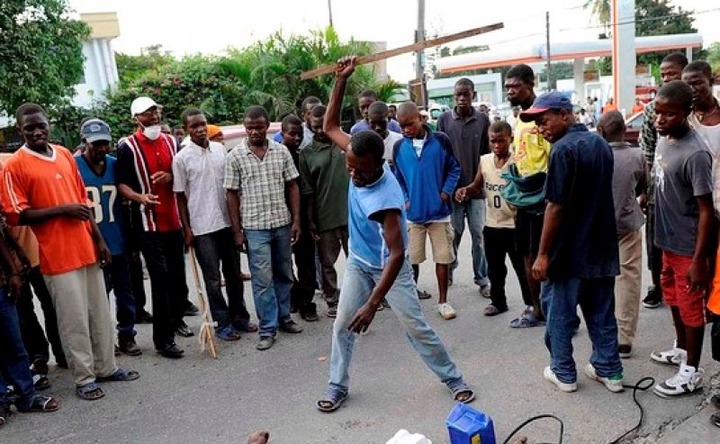 A Rasta man who was caught on camera in Meru having his dreadlocks ruthlessly cut with a panga has asked Kenyans and the Rasta community to forgive him for his wrong doings.

In the viral video that was shared on several social media platforms, the unidentified man had his dreadlocks mercilessly cut by a member of an irate mob that had gathered around him, after they allegedly caught him with a stolen chicken. 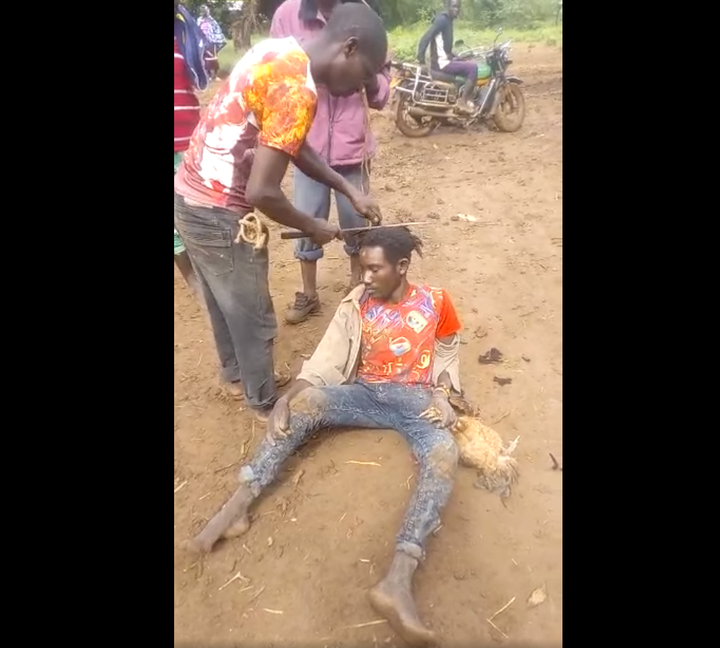 A screen grab showing the man's dreadlocks being chopped off with a panga. Courtesy

Other members cheered on as the man’s hair was being mutilated, at some point, voices were heard commanding the alleged thief to raise his hand holding the chicken up. 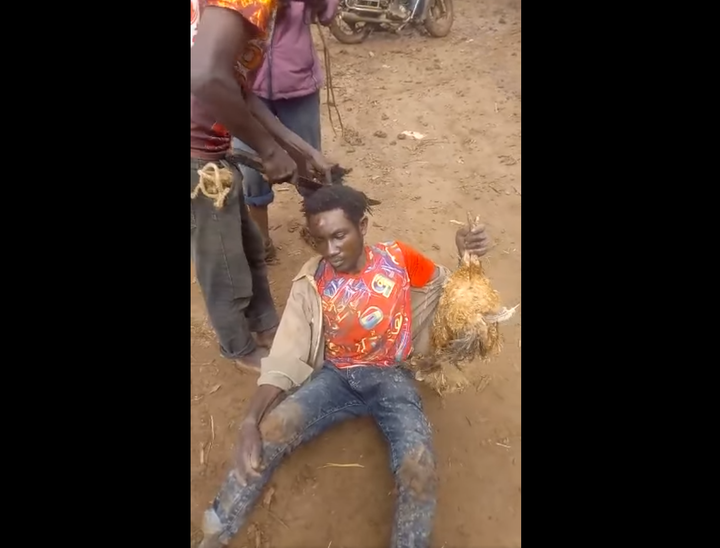 A source revealed that after the dreadlocks had been dealt with, the man was beaten up before being frog-matched on the streets to disgrace him further of his wrong doing.

The man would then beg the mob to forgive him citing hunger and poverty as the reason why he went for the chicken.

His current status is unknown.

Clothes That Your Baby Boy Can Wear

Lady Exposed For Faking Her Skills And Conning People Money In Nairobi CBD.

Fitness YouTuber Frankie Spends the Day With his Youngest Son; While Working from Home.

Wonders Of Antonio Rudiger During Yesterday's Clash Against France.

Records that you can break easily today in the Guiness book of records.