By Liwiwriter (self media writer) | 18 days ago 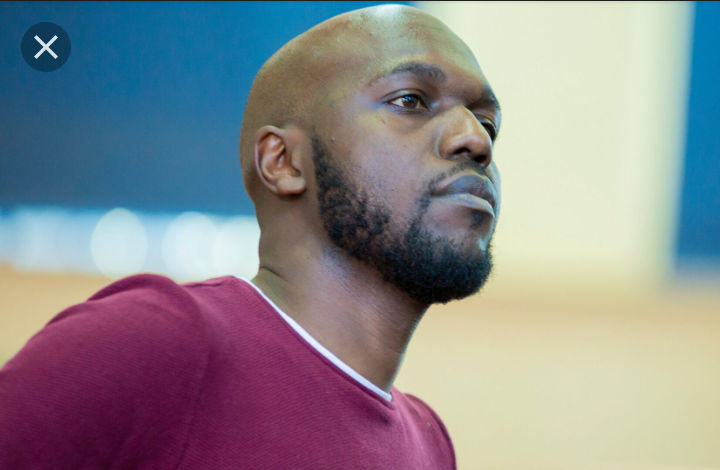 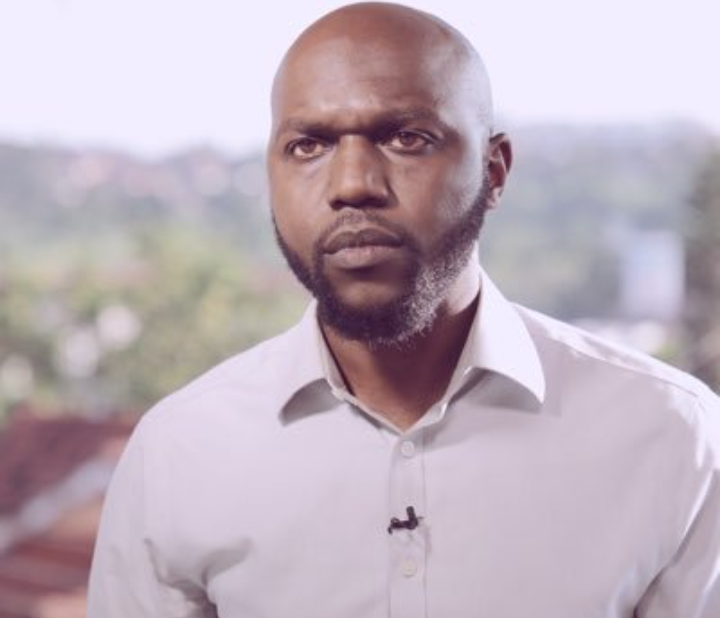 This all started after he uploaded a past photo of himself standing near the US Capitol building on his Facebook account, and according to it he was covering some story.

Well the story was aired on Tuesday September 28, 2021 at BBC stations, and the hunk was quick to remind netizens that it wasn't a recent story.

He infact disclosed that they were re-airing it and he likened the situation to an ex who can't easily move on.

In his caption he said " No I haven't returned to the BBC. They're re-airing a show from earlier in the year. We all have that one ex". 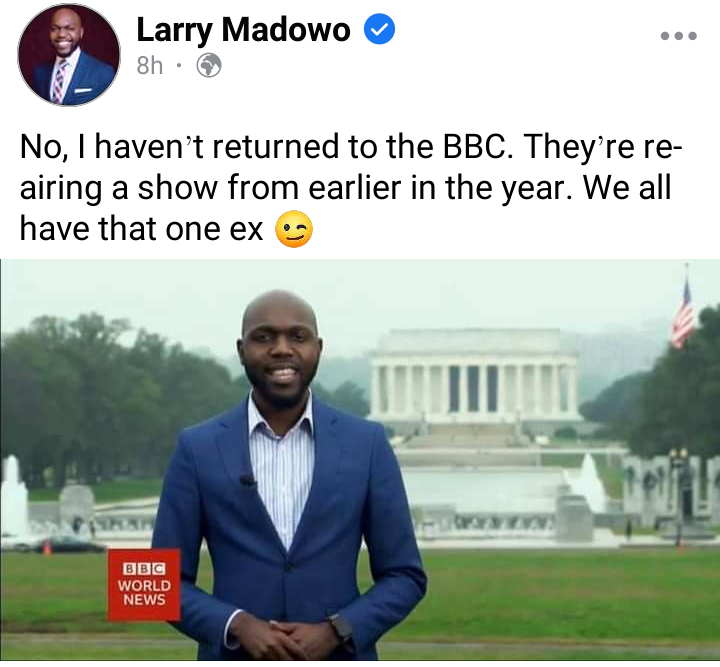 Realizing his mistake, Larry Madowo was quick to offer an apology by saying;-

" Jokes aside, I have nothing but respect and admiration for the BBC. As I said when I left, so many of my dreams came true there. It'll always be special to me". 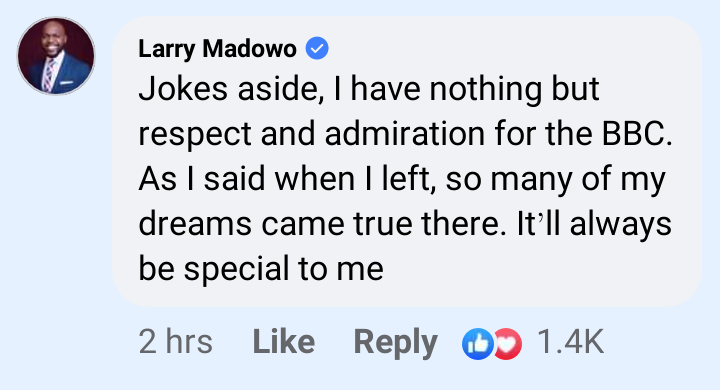 This comes as the hunk had worked at the UK-based media house for sometime as a North America Correspondent, before quitting it earlier this year in May.

He left the station and joined the Cable News Network (CNN) where he currently works as their International Correspondent.

Raphael Tuju To Be Kicked Out Of Jubilee? Speculations High As Hustler Spokesperson Alleges Plans to do so