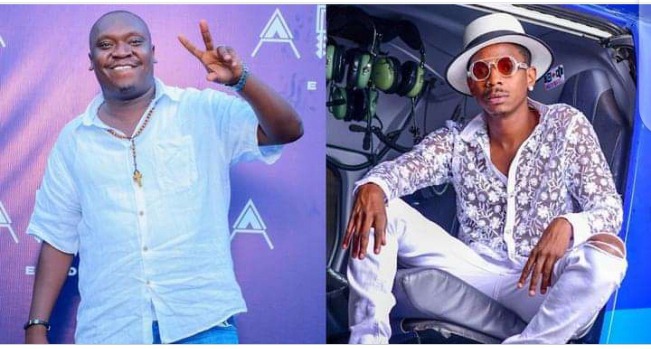 Eric Omondi and Jackie Maribe story about their son is now becoming an international thing since the two are well known social media influencers. This issue begun few days ago after Omondi posted a photo of Miss P confirming that she's expectant carrying his own child. The caption revealed that he's ready to take care of the child since babies are blessings. That caught Jackie's attention and she publicly exposed him for not taking parental responsibilities for their seven year old son.

Later on Yesterday Eric took his Instagram page to explain how he met Maribe, while the two were working in different media channels. That time she was dating Sam Ogina. According to his claims, they used protection so he's been doubting that he's not the real father to Jackie's son. The now twisted story has received different reactions from celebrities and netizens. 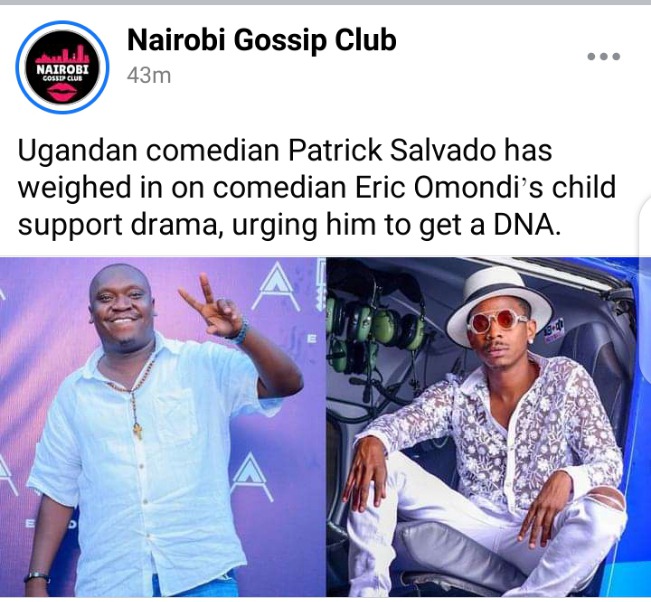 Being a well known comedian, Eric has been exposed to other nations with some top dignitaries joining the talk. Ugandan comedian Salvado has weighed the issue and urged Eric to go for a DNA test. No need of investing money to take care of the child then later on discover he's not the father. "We as the uncles will be there to groom if the child happens to be yours" said Salvado. 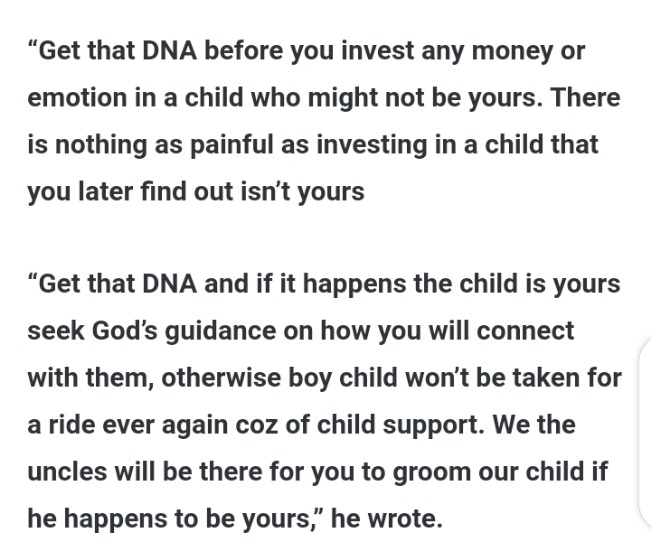