By Thegreatwritter (self meida writer) | 4 days

A middle aged womam from Kisumu County was on Wednesday morning heard exposing her husband in a very humiliating manner.

The woman, Agnes is reported to have had a disagreement with her husband who insulted her of her inability to give him a child.

Agnes says that her husband and his people has been repeatedly scolding her because she has not given birth to any child since they got married in 2015.

Agnes argues that she moved to her husband's house with one kid, an indication that she is still able to conceive and get more babies. 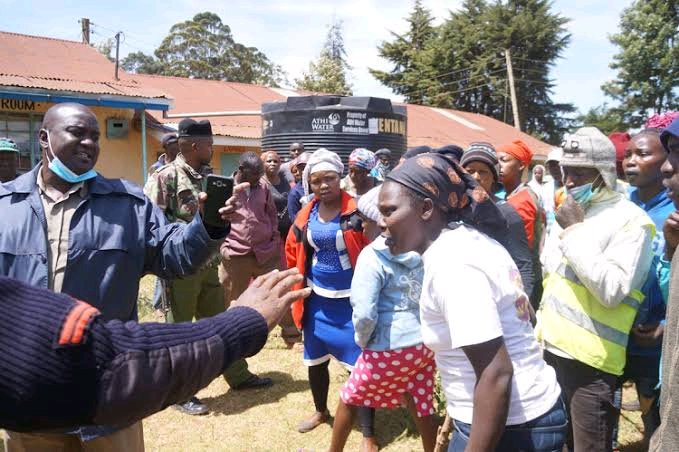 This is not the actual photo of the woman but just for illustration.

According to her, she has been consistently pleading with her husband to visit the hospital so as to know where the problem is but the man had adamantly refused to heed to her requests, instead telling her to wait for God's time

"Am sick and tired of being insulted, being called names and being laughed at by his brothers and parents", she said. 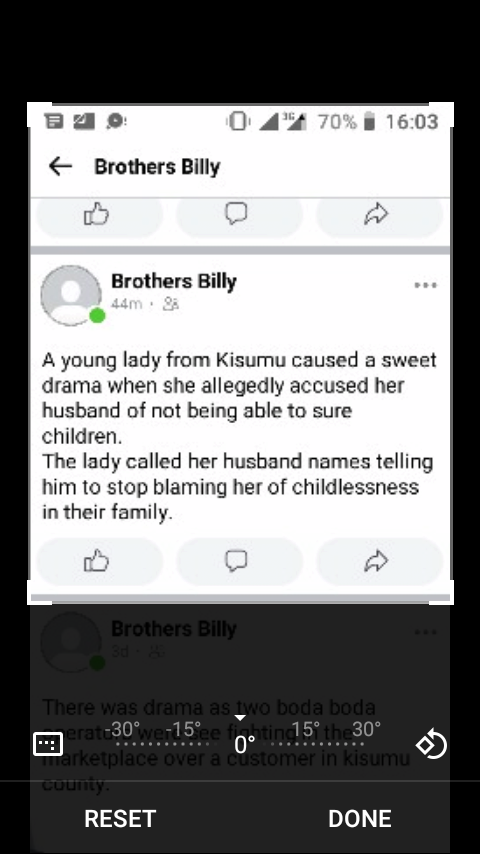 She said what pains her most is that her husband is not ready to stand with her but instead joins the other family members in demeaning her.

"Huyu Mwanaume ni hewa tu, i suspect he is not able to make a woman pregnant", she screamed as the man was quietly sitting in the house fully embarrassed.

Agnes threatened to pack her bag and go back to her homeland if her stubborn husband will not stop disrespecting her.

It took the intervention of an immediate family member who calmed her down so that this matter could be solved peacefully.

Her husband however did not say anything on the matter as the neighbours were watching the lady in amazements.