By Maulodaniel (self media writer) | 1 month ago

Diamond Platnumz and Zuchu, two Tanzanian singers, are upset that their video for their duet song "Mtasubiri" was taken down. 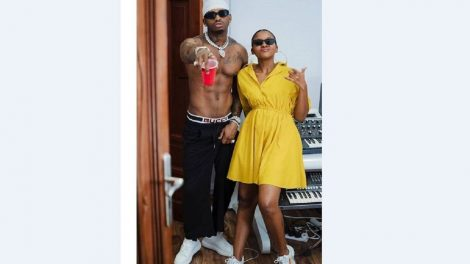 Zuchu, who was born Zuhura Othman, said on social media that the decision was unfair and a form of discrimination.

Why the government of Tanzania banned Diamond's song

WATCH: Tanzania bans the video of Diamond and Zuchu

Diamond Platnumz is happy that his YouTube channel is back.

African musicians whose YouTube channels have been shut down

"We are young people trying to find a way to make a living without getting tired, but our parents (read: the government) have broken us down in society without caring about how we feel," she said.

She also said that she thought the government was unfair to WCB artists. "You sent in applications, but WCB artists didn't make any top lists, even though we liked them, gave them awards, and thought they did well in the industry.

Diamond owns WCB, which is a group of labels.

In the same way, when Diamond replied to Zuchu's post, he asked what in the video was inappropriate.

"I'm not sure what was wrong with that scene, and I'm asking myself that question." Did you wear miniskirts or dresses? No. Did you dance the twerk or sing bad songs in church? No. Did you smoke a cigarette or bhang? No. Did you kiss someone or drink while you were in church? No.

It rang, but did you answer it while you were inside? No. Are we the first people to ever shoot in a church? No. Are there videos and movies made by people who don't care about the church... Were their songs made illegal? No.”

Diamond said that the only thing that mattered was that his and Zuchu's fans still liked and supported their music. He also said that it shouldn't be a big deal when he doesn't go to local awards.

Friday, the Tanzania Communications Regulatory Authority (TCRA) told both traditional and social media outlets in Tanzania not to play the official Mtasubiri video. They said they had gotten a letter from the National Arts Council (BASATA) telling them to stop showing it in public and passing it around

But they gave Diamond Platnumz aka Nasib Abdul and Zuhura Othuman Soud aka Zuchu a deadline to change the video if they wanted it to be shown.

Mtasubiri was first released as a lyrics video in mid-March as part of Diamond's latest LP, First of All-FOA. Then, almost a month ago, the official video came out, and since then it has gotten 10 million views.

Content created and supplied by: Maulodaniel (via Opera News )