Etana set to feature Wyre and Naiboi in her new album

By Celebitch (self media writer) | 1 year ago

The award winning Jamaican dancehall artist, Etana, is set to release her 8th album which she said that she has featured many Kenyans including Wyre and Naiboi. The name of the album of the album will be in swahili, 'pamoja' meaning togetherness. 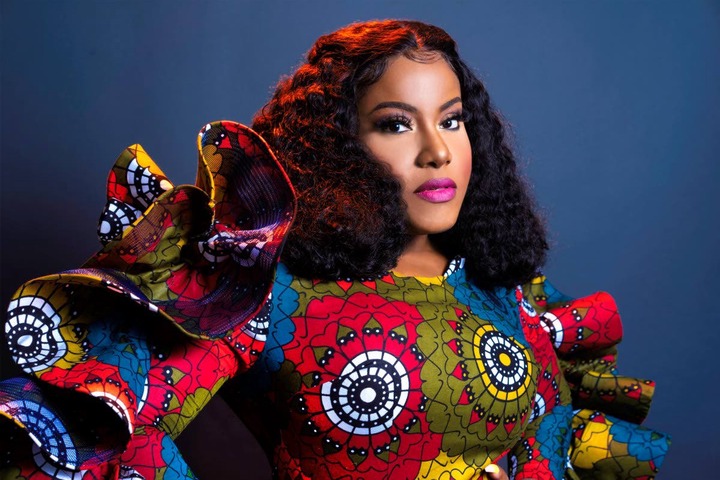 The date at which the album is set to be released is not yet revealed. This is what she posted on her twitter account: 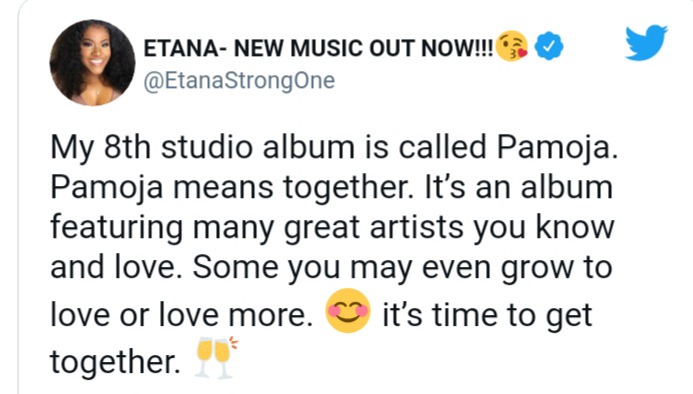 Whe she was asked to name a Kenyan artists that was featured in the album, she smiled and said the following:

In an interview, when she was asked to reveal her best moments in her music career, she said that her perfomance in Uhuru Gardens in Nairobi, which was in 2019, was one of its kind with over 7000 fans. She had not received such love from fans before.

Some of the great dancehall artists that have been featured in the album include Stoneboy, Marley, Kartel, Damian and others who have not been mentioned.

This album will reunite all the dancehall artists across Africa and the World. If you are a big fanbof Etana, hit the like and follow button.

Content created and supplied by: Celebitch (via Opera News )