The Wasafi News recently set the internet a blaze with Kenyans criticizing them on their poor choice of Kenyan music. The Tanzanian based broadcasting channel has recently went public to proclaim that Female Kenyan Musician Nadia Mukami is the queen of music in Kenya. asafi News has left Kenyans talking on social media for the another time. They then went ahead to ask netizens to share their thoughts on the Afro queen. These were their exact words; 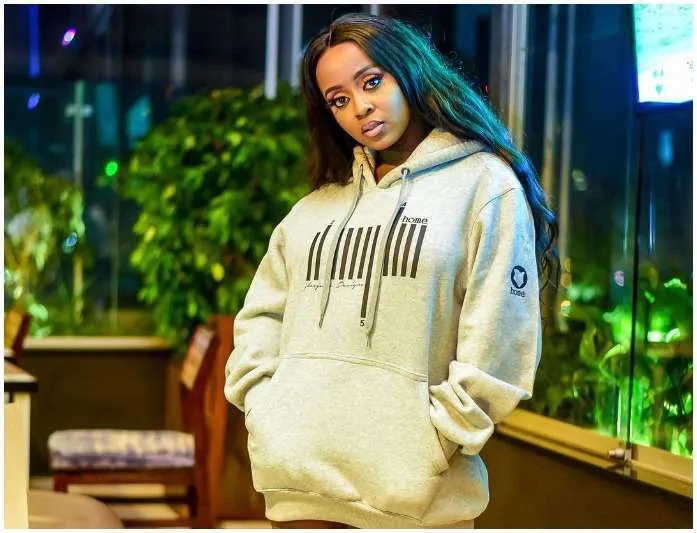 The post has since been making rounds on various social media platforms and has since caused a lot of mixed reactions from netizens especially Kenyans. Most of them did not agree with Wasafi' s decision to give Nadia the title of the best kenyan musician. Others even went ahead to list other Kenyan artists who are weigh better than Nadia Mukami amond them, Sauti Soul, Otile Brown, Nyashinski among others. Other took it further to mock Nadia Mukami urging Wasafi to kindly drop those baseless allegations. 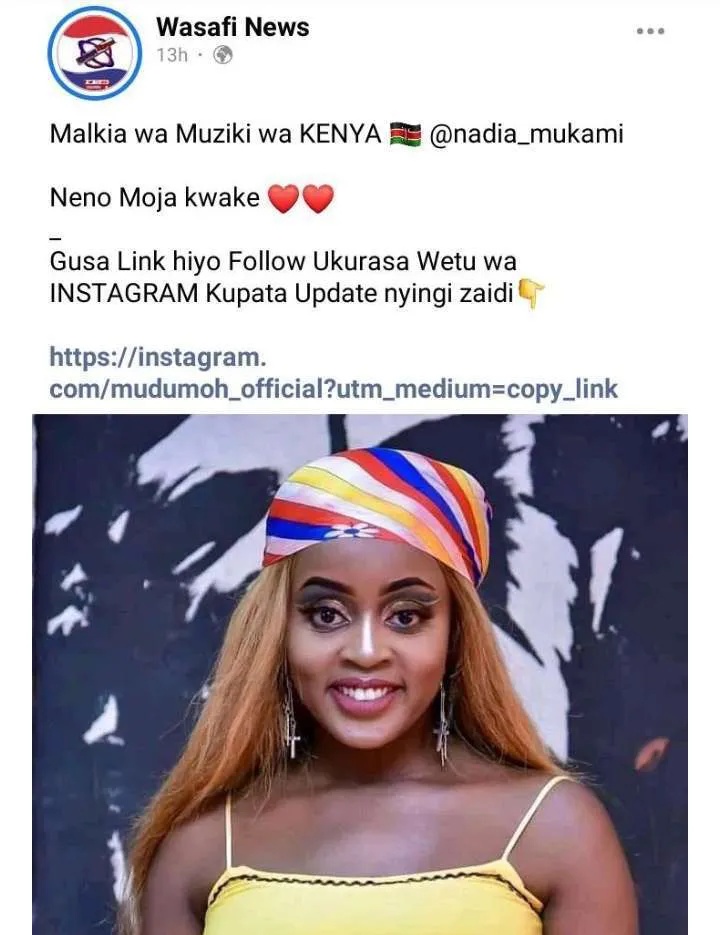 Well despite all the negativity Nadia Mukami has proven to be a great artist and has gained so much respect in the music industry.

Nadia Mukami could not help it but express her joy after she listed among the artist to perform on a virtual concert titled The Africa Day concert 2021 which will be streamed all over the world via YouTube at 8: 00pm East African Time as well as popular TV channel MTV Base at 10: 00pm still East African time. To show how big it is, the concert was going be on repeat on BET Africa the following day.

Nadia was going to perform among several African mega artists like Diamond, Fally Ipupa, Mafikizolo, Yvone Chaka Chaka among others. 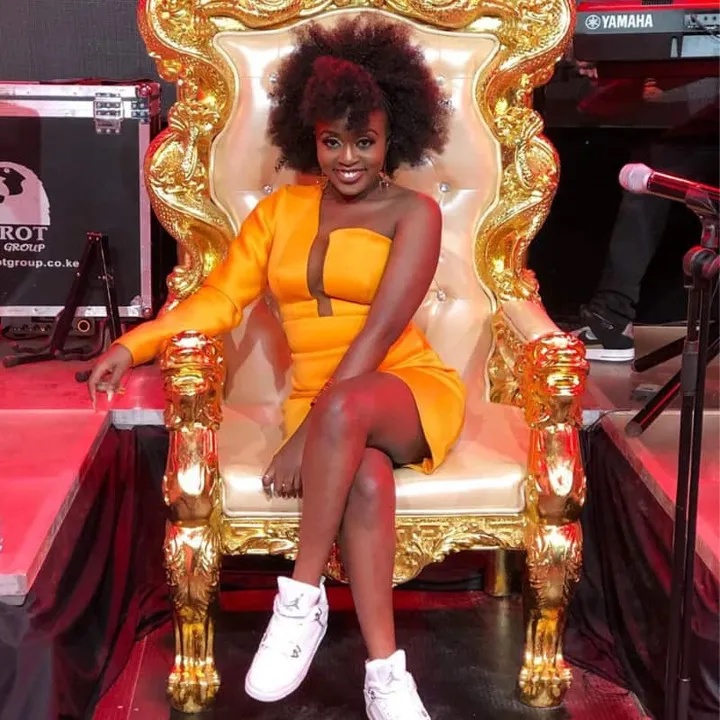 She revealed that she was very happy happy to be part of the concert and was greatful to be working with so many African giants and at the same time honor Africa as her motherland. This is what she had to say;

" This is a monumental life chance and a platform to celebrate Africa' s top gems and I am happy to be part of it. I am delighted in sharing my vision which is all centred on breaking barriers and inspiring other musical talents in Kenya and beyond. " 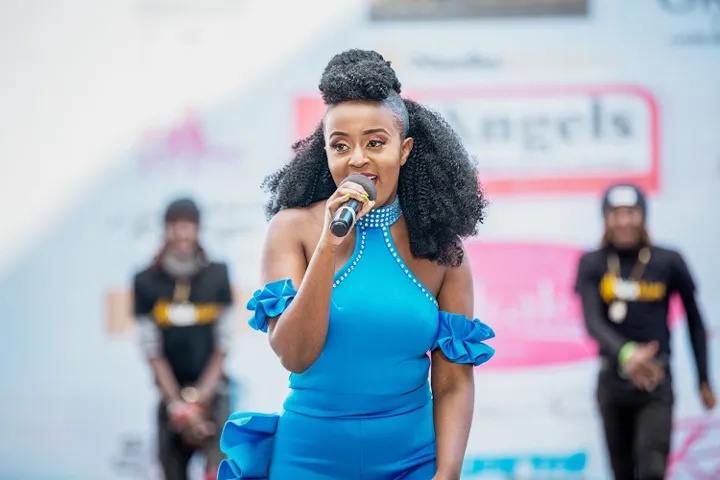 She went further to reveal that her work ethic is what has gotten her this huge gig and that this was not the fast time she was going to work with MTV base and therefore this time she will definitely bring her ' A' game and Kenyans should expect nothing but the best from her performance. These were her exact words, " I have worked with MTV before and probably my work ethic and organisation structure is what set me apart and got me the nod. To my fans, they should expect nothing but pure niceness as everything I do I do with Kanadians at heart. " 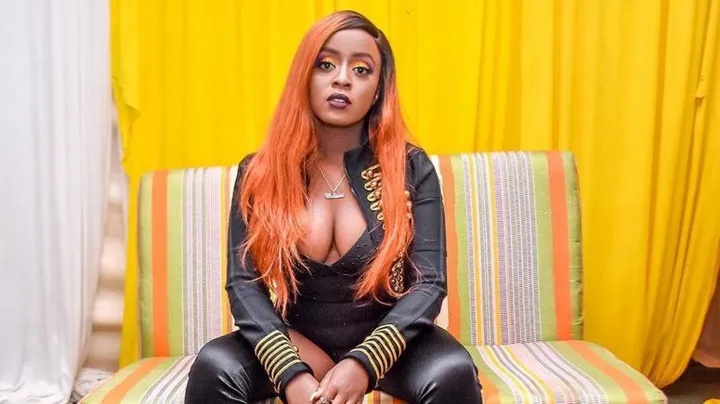 Nadia Mukami was once again nominated for the prestigious African entertainment award (AEAUSA) and taking to her Instagram account, the female East African mega star went public to on her Instagram page to announce the great news to her fans. She went further to give thanks to AEAUSA for giving her this chance to represent her country hoping that she will take the award home. 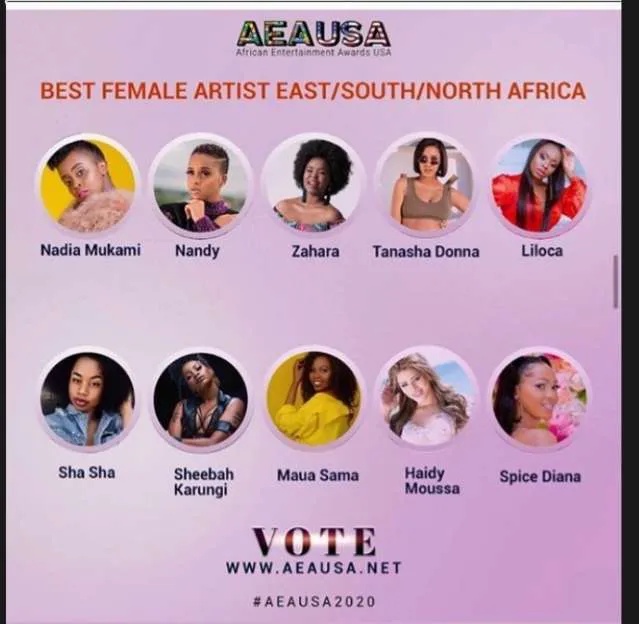 These were her exact words;

" I have been nominated at the African Entertainment Awards USA as the best female artist, East Africa. Thank you AEAUSA. "

She will be battling other female mega stars like Spice Diana, Tanasha Donna, Maua Sama, Nandi among others and therefore went ahead to urger her fans to show support by voting for her.

Her fans have since come out to support her saying she is a great artist and should not be reduced to anything else as she deserves the title of the Queen of Kenyan music. But you know Kenyans and their negative energy, why don' t you share with us your thought, do you agree with Wasafi? 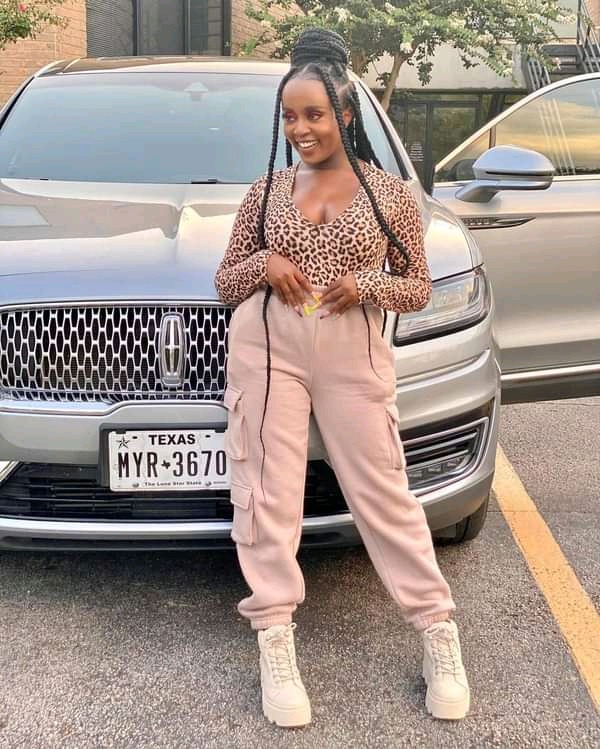