It's always good to be in a lively relationship. A relationship where you can joke with your partner, discuss serious stuffs and engage each other before making decisions. There are several Kenyan social media personalities that have taken their relationship to their social media platforms.

Size 8 and DJ Moh, Nyoxx Wa Katta and Katta, Wahu and Nameless are some of the few celebrity couples we have in Kenya. Wamucii wa Kinyari and her husband, William Wachira are following these people closely.

Recently, they took their conversation on the social media. Wamucii who is an active Facebook user posted a throwback Thursday photo. So many people reacted to it and among them was her husband. 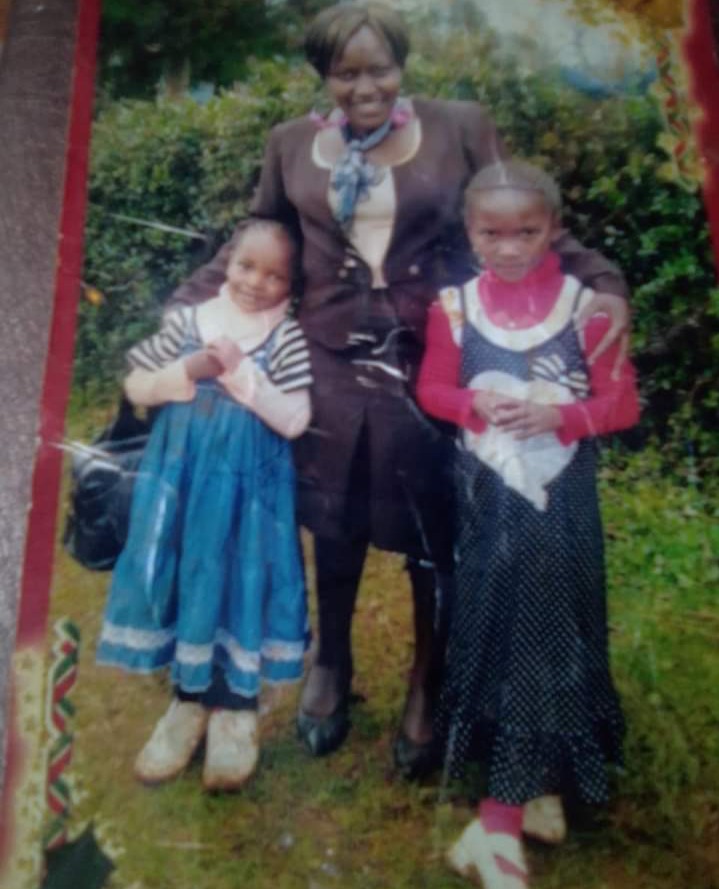 Her husband came in handy and the conversation started. He started by saying that if he met her during that time, he could have escaped.

Wamucii took it lightly and said that she was really slaying at that time. She couldn't allow her husband to lower her class. 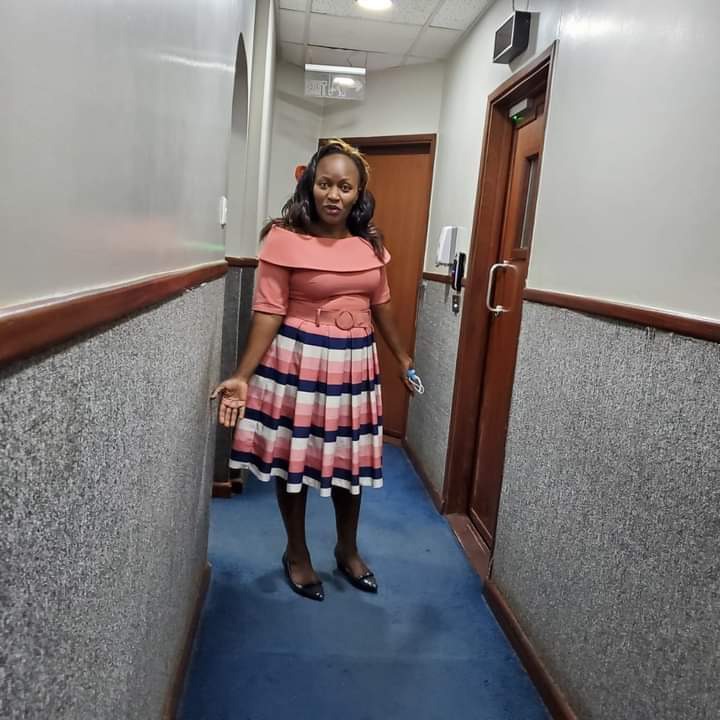 William also responded to her saying that the photo was taken long time ago. He also appreciated that she was far much beyond him because he couldn't have reached where she was then. 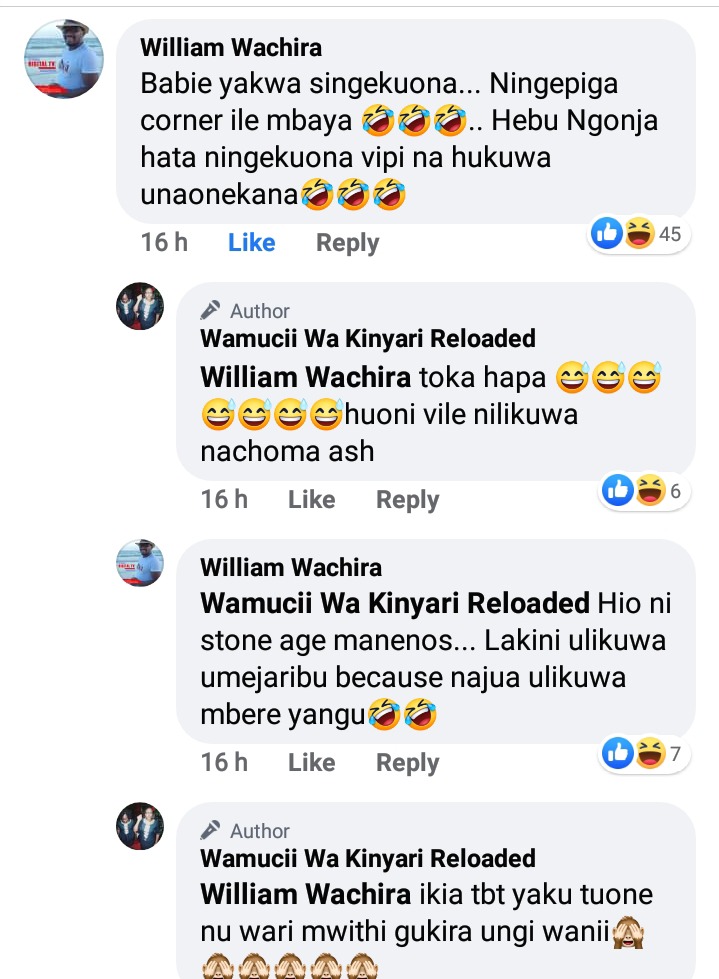 Wamucii dared him to post his throwback photo to prove who was younger than the other.

The conversation was getting sweeter and at this point, more people had started coming in. They all wanted to see Williams old photos. William heeded to Wamucii's request and posted his on the comments section. 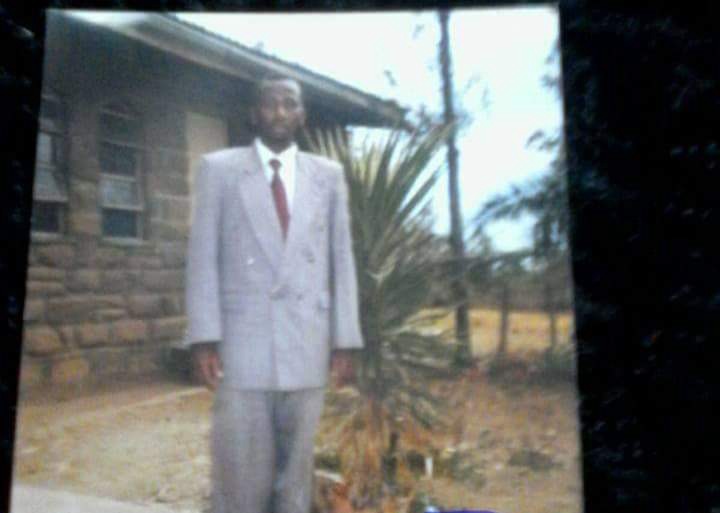 "Hata kama mko reloaded msinitishe hio suti... Was imported in those years..😂🤣🤣🤣🤣," he captioned his photo.

It was now Wamucii's chance to react. Unlike her husband who said he would escape, Wamucii commented on the suit. She said it was an oversize.

People really commented on that photo as they made fun about it.

"William Wachira surely the suit was imported🙈🙈," commented one person 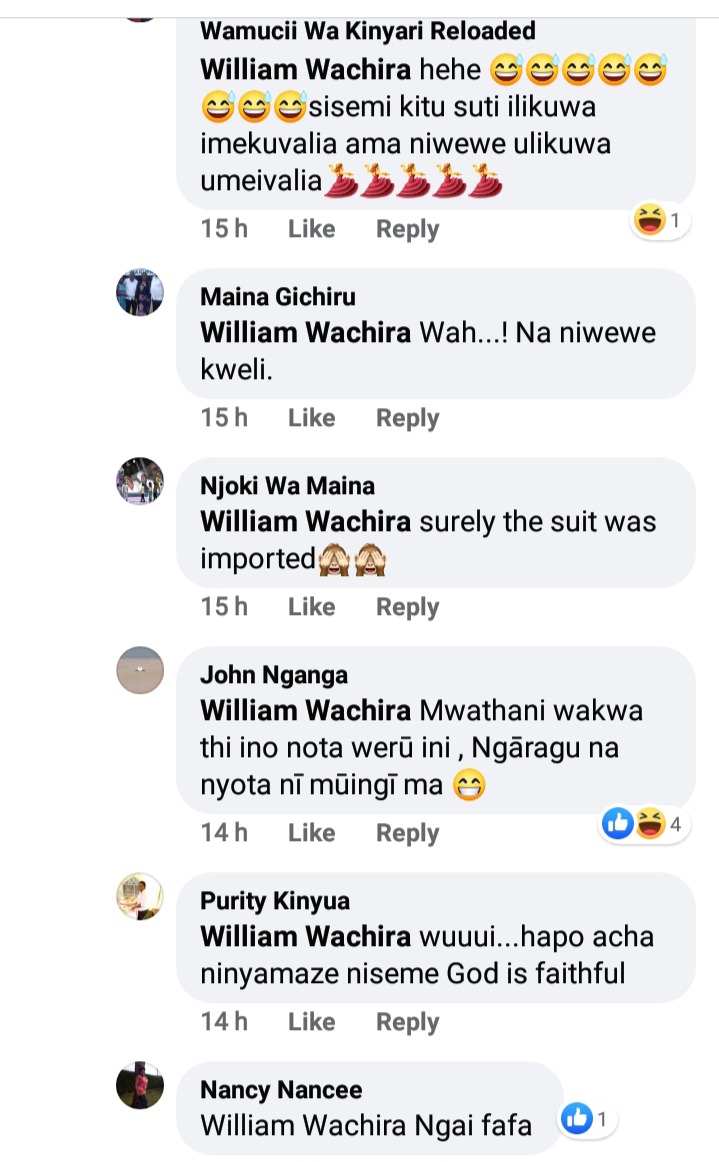 "Anyone who is commenting here should be careful.. I have instructed my lawyer to analyse every comment for further action 🤣🤣," William threatened his fans jokingly.