By Felosoft (self media writer) | 1 month ago

Deputy president's chief manager and top strategist, Dennis Itumbi is a bitter man after he claimed Citizen tv was biased against Ruto. This is in light with how the station aired Odinga's rally in Eldoret and Ruto's rally in Kilifi. 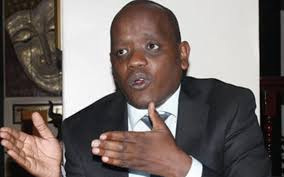 "9.37PM, 34 minutes into News, no story on @WilliamsRuto. The Running order @citizentvkenya, decided WsR & #HustlerNation belongs to the filler part of the Bulletin. It is official, CITIZEN is the FOX News of the 2022 Campaign, slanted for @RailaOdinga - Ni sawa. Tupatane MBELE!"

Citizen TV has been receiving harsh and wild criticism after its boss, SK Macharia announced that he supports Odinga's presidency. Macharia is among the tycoons from Mount Kenya who's been hosting Odinga in the region and pushes for his clinging of the top seat. Kenyans have since been citing bias in the manner in which the station paints and portrays Odinga and Ruto.