By Penny (self media writer) | 1 year ago

Former president late Daniel Moi's grandson known as Collins kibet, has been accused of trying to dodge responsibility of providing for his two kids that he sired with Jeruto Tagi by presenting misleading facts about his financial status. 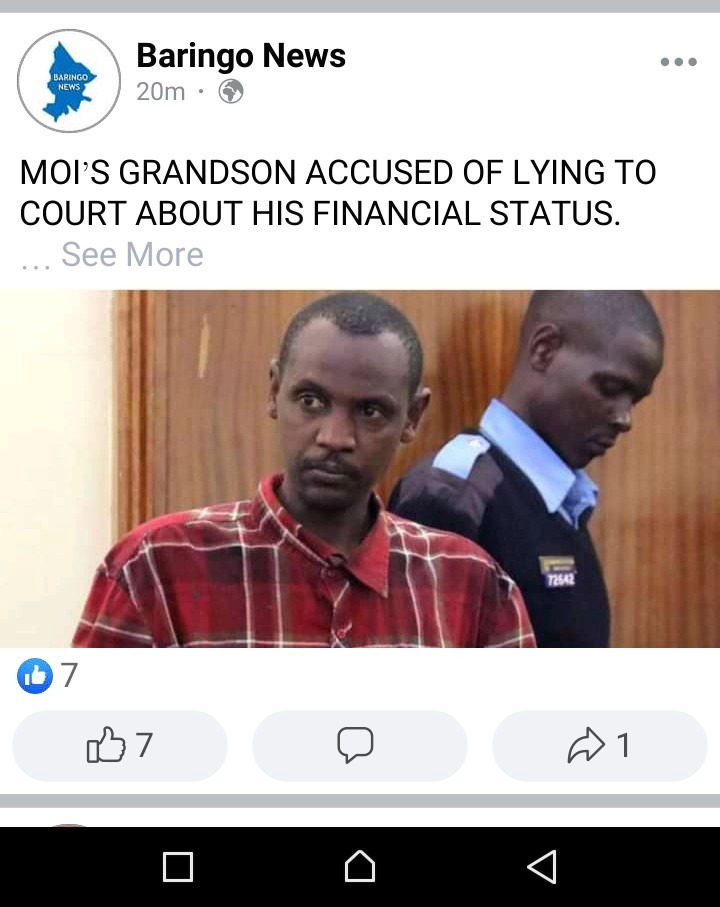 According to the report by Baringo news, Jeruto who sued Mr kibet told the court that the father of her children is in a position of providing for her kids and that he lives a lavish lifestyle.

After DNA test the accused was found to be the biological father of the kids he told the court that he is jobless and he is not in a position to provide for the kids.

The father of the two aged 11 and 9 told the court that he could only cater for children's medical needs through NHIF.

While responding to her children's father claims, jeruto said that kibet is a trained pilot and that he has the resources to provide for the kids.She also added that kibet earns dividends from his late father's estate.

In addition, the case was taken to lawyer David mongeri where jeruto demanded 1 million monthly from Mr kibet for her children basic needs,school fees and other expenses.

What can you say about this incidence?

Content created and supplied by: Penny (via Opera News )