By PWechale (self media writer) | 8 days ago 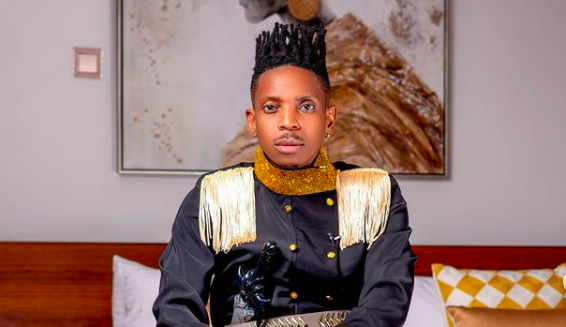 A forgery case involving Kenya’s top comedian where a man identified as Ten Chege Muchai has been charged with falsifying Naivas Supermarket vouchers has been pushed to 2022.

Self-declared President of African comedy Eric Omondi is a key witness in the case where the man where the man lied to him that he was a certified agent of the major supermarket.

Opera News Kenya has since established that the man had the intention of using the comedian to defraud unsuspecting Kenyans.

This decision was reached at after the court was informed that Naivas Supermarket was not ready to proceed with the hearing.

Muchai, jointly with others not before the court and who is has been charged with making a document with intent to defraud, is accused of making Naivas Gift Voucher serial number 1326586 and bar code KSh 50,000 dated 2/6/2020 purporting it to be a valid Naivas Gift Voucher issued by the Naivas Supermarket Limited, Westlands branch. 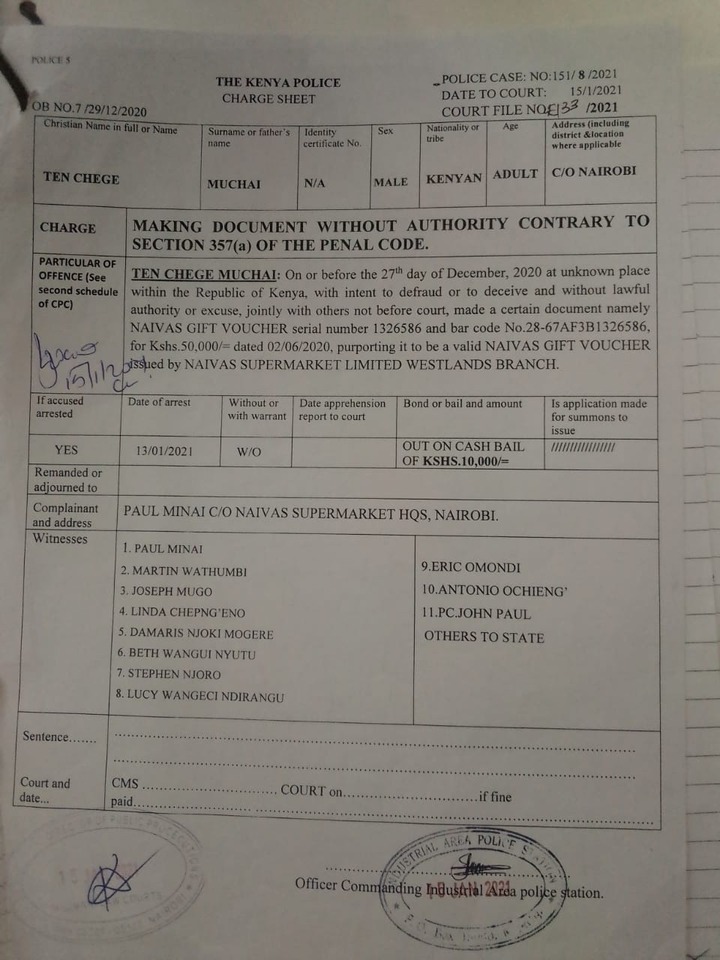 The vouchers were given as promotional material to the comedian by the accused’s company identified as Howlow Limited.

Opera News understands that Muchai successfully lied to Omondi that he was an agent of the Supermarket.

However, the lie was unraveled when the comedian arrived at the store ready to record the advert.

Security at the store who noticed the comedian’s activity quickly stepped in and on inquiry, realized that the whole thing had been a hoax and the comedian forced to stop the recording exercise.

The Supermarket, in its evidence to the court, revealed that a voucher which Omondi had intended to use to purchase items at the store was fake.

They had been given the voucher by Muchai.

"Security called the police as filming was not authorised and a false financial instrument made without consultation with Naivas was being fraudulently utilised" reads the court document.

Naivas Supermarket reported the whole matter to the police and the case is ongoing.

The comedian and his team have been listed as witnesses against Muchai in the court case.