Mc Tricky is a popular radio presenter and comedian. He has been featured on several comedy shows of which he acts very well. This has really earned him a lot of fame on social media handles. He's just a young guy who's yet to settle down in marriage so he's in the process of dating and trying his luck. Tricky is a rich guy so of course ladies and other people keep on peeping into his life trying to figure out the lucky woman dating him.

Some time ago there were some rumours that he was engaged to Akothee's daughter Ruebaby. This came to our knowledge when Akothee released a kamba song mentioning Mc Tricky. So everyone thought he'll be Akothee's son in law. The couple posted each other on Instagram but after some time this stopped. Everyone up to now has many unanswered questions about the relationship.

Thus yesterday Mc Tricky took his Instagram account to clear the story by saying that he's tired of being asked whether he's dating Rue. He praised her saying that she's ambitious and hardworking. Further urged his fans to visit Rue's designs company which she's currently operating. 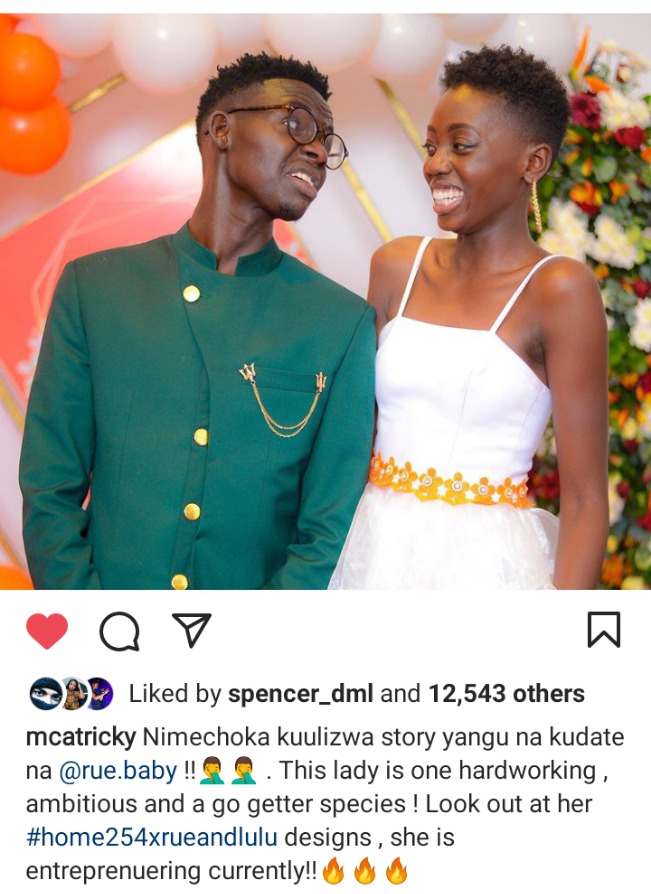 The fans still couldn't hold their unsatisfied reactions so they replied with the following comments. 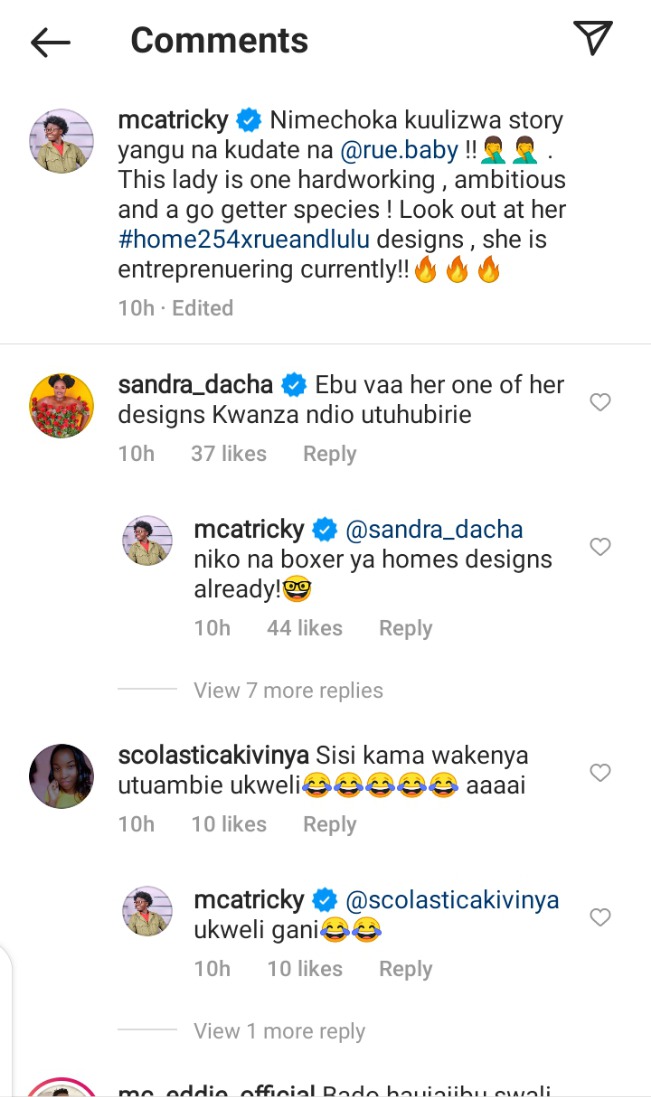 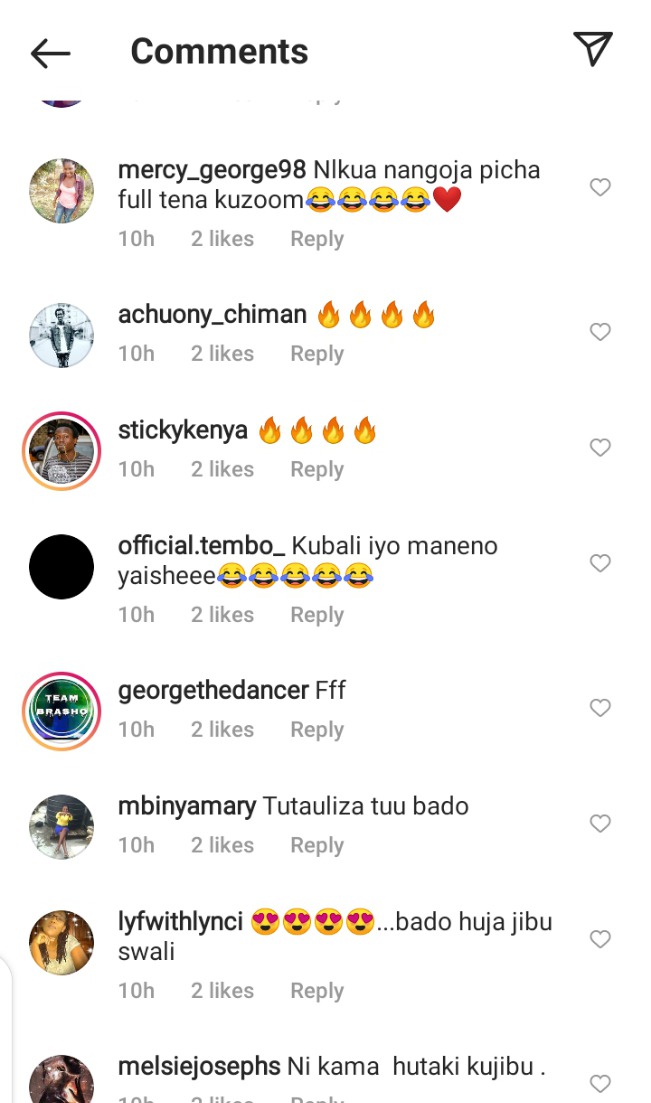 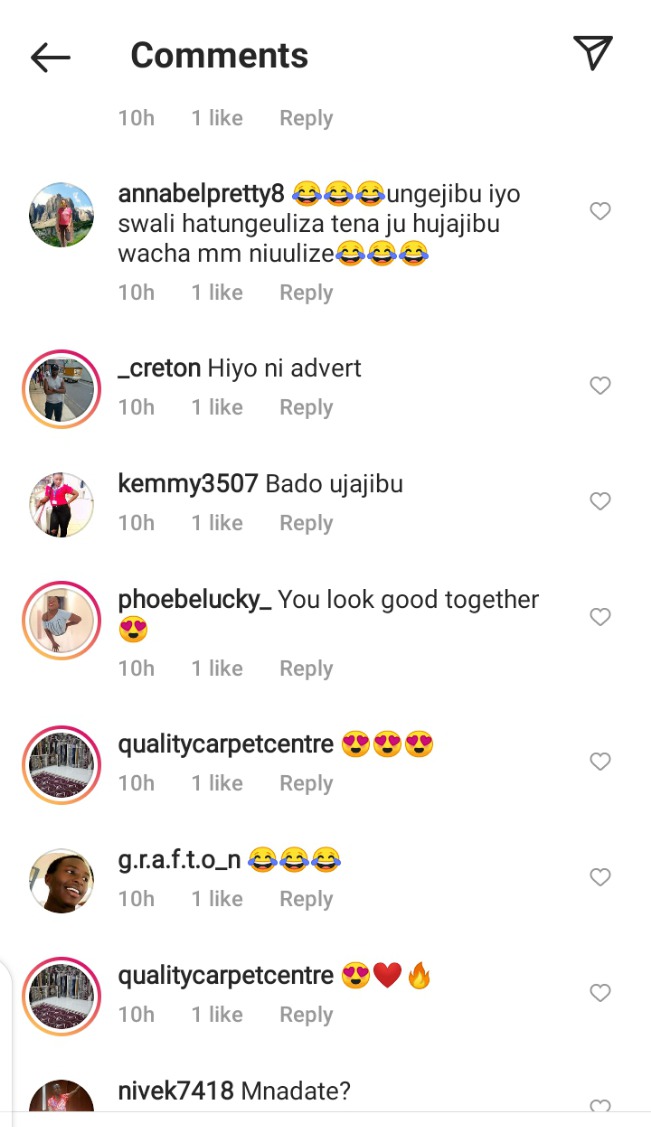 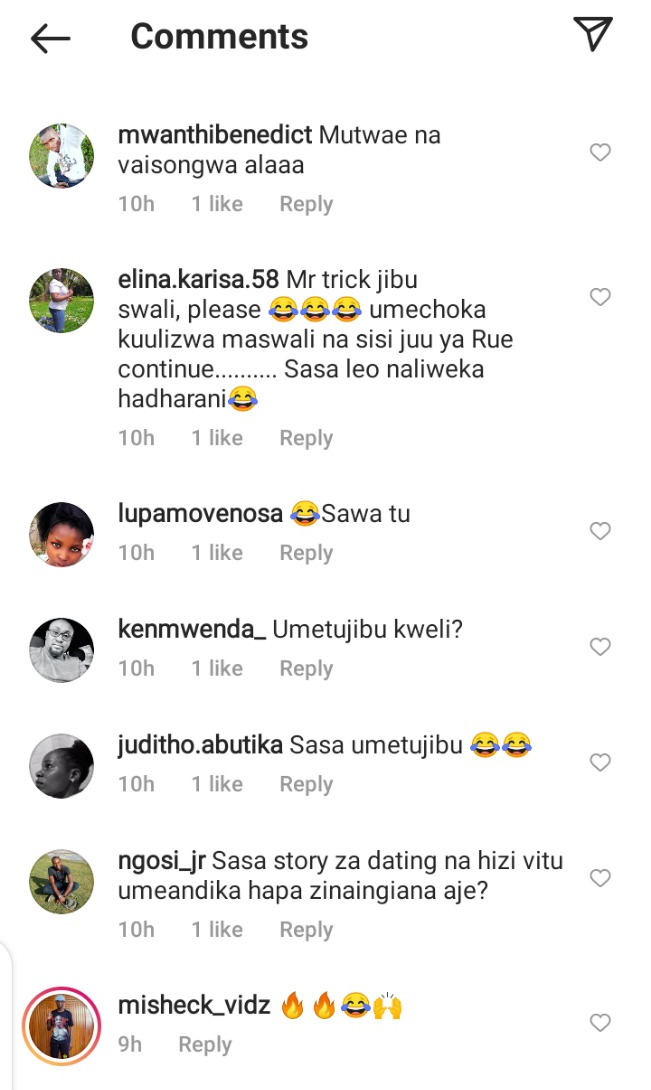 Signs You Are Suffering from Deadly Post-Acute COVID-19 Syndrome