By Nyamwaro (self media writer) | 10 months ago 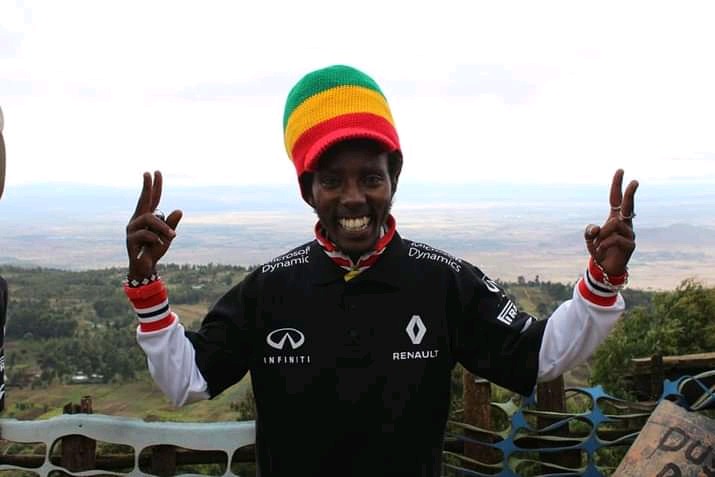 Music is currently in his thirties.

The frail-looking reggae ambassador's real name is Daniel Githinji Mwangi and is originally from Nyeri but lived in Korogocho slums.

Before his big break on radio, Mbusii sold soup in the slums of Korogocho before he took a gamble and joined the Kenya National Theatre (KNT) to try his luck in acting. He got several roles on set book plays.

The presenter joined the TV scene when Crazy Kenyans began to air. He acted together with Cheiph and Mshamba but got disappointed when his ideas were shot down only for them to be replicated by other actors. He called it quits in 2005 and went back to KNT.

In a past interview, he revealed that he started selling drugs to meet his daily needs. The presenter told SDE lifestyle that he had no option but to deal in drugs to support his pregnant and feed their daughter who had just joined the school. Kes1,500 Rent for their mabati house in Korogocho slums had to be paid too.

The radio presenter would play an aspiring actor at the national theatre to conceal the fact that he was a peddler looking for a marijuana client until unexpectedly an opportunity presented itself.

Githinji started hosting the reggae show “Goteana” on Ghetto Radio alongside Bonoko, a former street kid who rose to fame due to his eyewitness account of a shootout between the police and thugs.

The stars aligned in his favor when a more lucrative position came knocking on his door. This saw him exit Ghetto Radio for Radio Jambo which has a large audience compared to Ghetto Radio. He hosts a reggae show alongside LionDee which has quite a huge audience tuning in.

Lady Takes Lecturer To Police For Denying Her Exam Results, Say She Refused To Sleep With Him

Full List Of 13 Hague Men That Lost Their Lives In Unclear Circumstances.

Third Year University Student Kills His Colleague, Wraps His Body in Bedsheet, Hide It Under A Bed