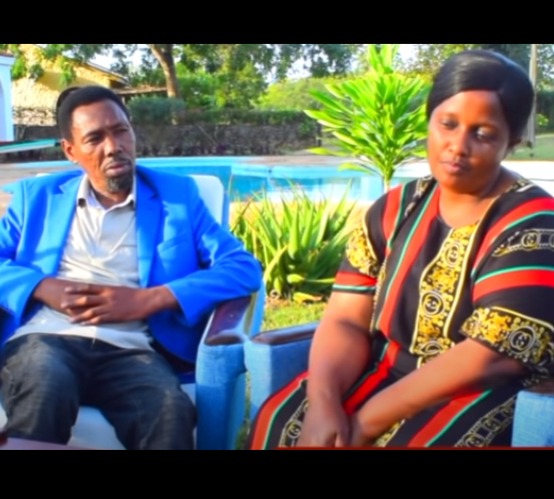 Mrs Ngatia exposes Omosh saying," he is aliar,"for lying about owning a land.

Former Tahidi High actress Mrs Ngatia, she exposed her husband Omosh for lying to the public.

Judy Wacuka aka Mrs Ngatia, said that Omosh does not own two plots of land as claimed during one of their interviews.

Mrs Ngatia noted,"Omosh is a liar. Those parcels of land he claims I've refused are his father's and he is yet to inherit them officially.Ask yourself why he didn't let the well-wishers build his house on one of them,"

She was answering to a claim by Omosh that he allocated her two parcels of land in Ndenderu and Thika. The ex-Tahidi high actor blamed his first wife of being a difficult and hard person, and she disturbs him inspite of being given two plots of land.

Omosh has revealed that he has an exhausted relationship with his first wife, and it worsened after the second wife occupied the new house built by well wishers. 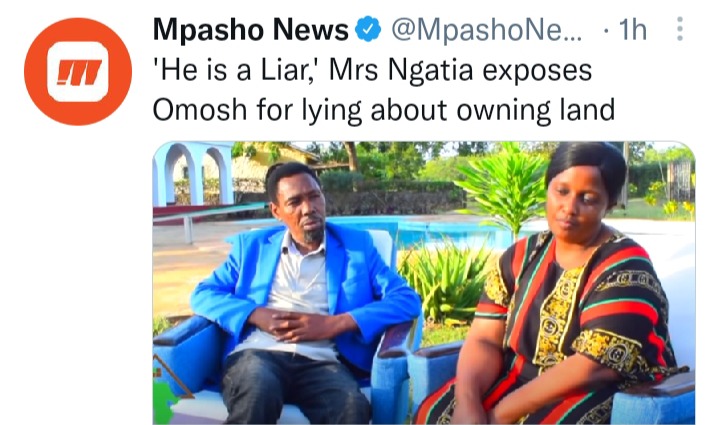