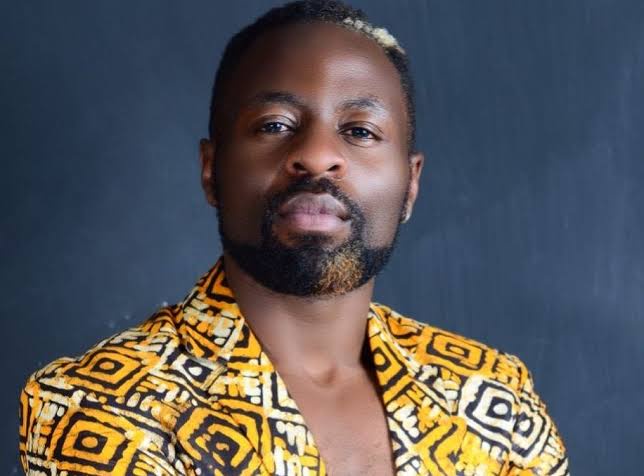 Speaking during a certain interview, Robert Agengo said that he has five baby mamas and six kids. Among the five, every woman has his kid, except one woman, who has two of his kids. Robert Agengo who is not married despite having six kids and five baby mamas, said that he has never wanted to be anyone' s happiness, neither has he ever wanted to be someone' s sorrow. The actor has raised his children with the same mindset, and he has advised them not to ever expect anything from anyone, and that they should know that nobody owes them anything. 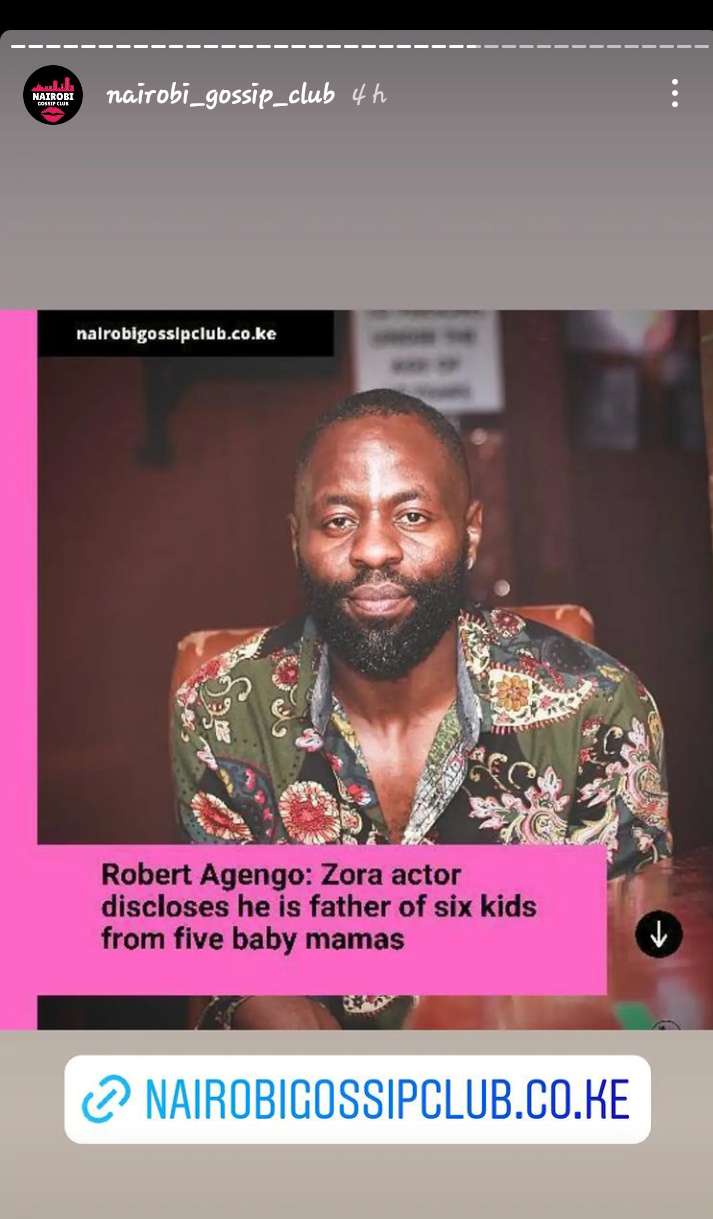 The Zora actor added that it is better to be alone, than being with a woman. He added that he prefers being with his children instead. The actor gave an explanation of how he has managed to take care of his baby mamas and his children too. He said that it has been a challenge, because some times problems arise, and he has to take them head on because that is what is expected of him. 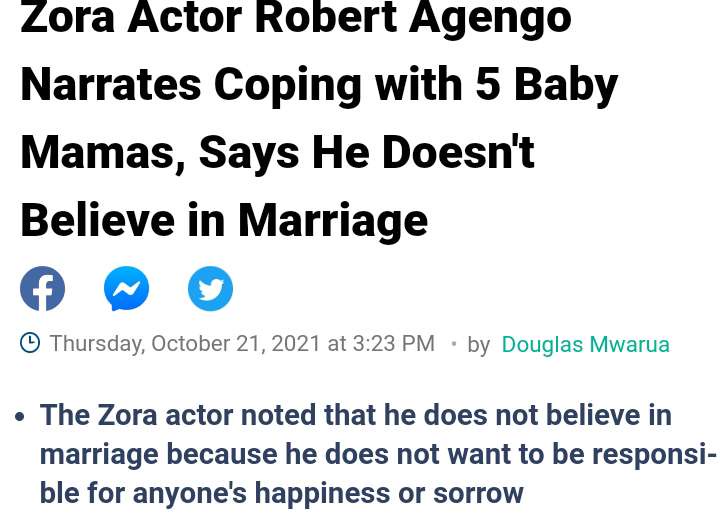 He added that when problems arise, he always try as much as he can to talk to his baby mamas. He said that he has always understood that child responsibility is for two people alone, without a third party being involved. He said that he doesn' t need money to have a relationship with his children. That is mandatory. 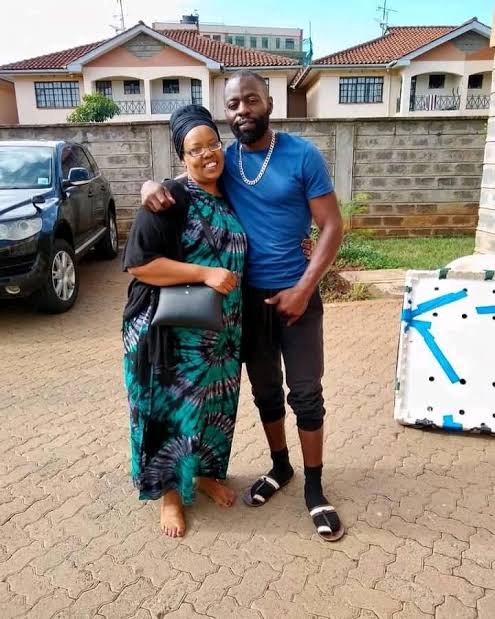 He gave a short story of how he called one of his baby mamas, but the boyfriend threatened that if Robert kept calling, he would leave her because he felt uncomfortable. He added that his third and forth born kids were born during the same year. Well, handling five baby mamas is not easy. It needs a strong heart. Commitment is required. You need to understand that your children need you no matter what. You should be there for them because you are the father. 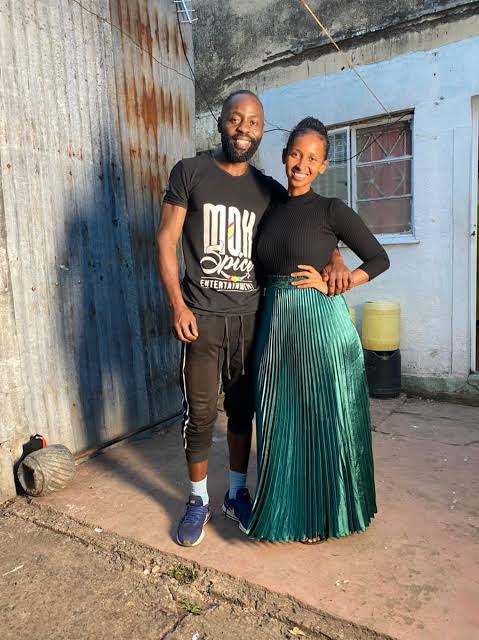