By MaidanjaMaulo (self media writer) | 3 months ago

Stivo Simple Boy, a musician, has opened up about his turbulent relationships, and he has revealed that he is currently unattached. 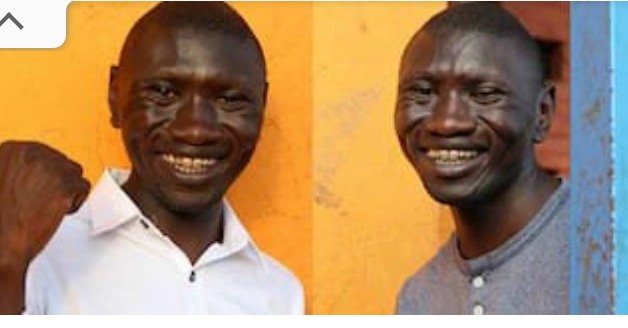 This comes just a few days after the Tuheshimu Ndoa artist went viral after dumping his ex-girlfriend, Pritty Vishy, who had been devoted to him from the beginning.

In an interview with Radio Maisha, the musician also said that he has his sights set on Adasa, with whom he recently collaborated on a song.

At the time, I was unattached. Pritty is a lovely lady, but as any woman knows, a woman is defined by her actions. My personality is quite different. I am a pretty quiet person, and I am looking for someone who is also quiet. Pritty did not comprehend what I was saying, and she was not as quiet as I was, "he explained.

When asked if he was merely acting in order to promote his new song with Adasa, he responded, "I'm not doing it for the money.""

I am not a fan of Kiku. I am a person of great integrity. In addition to my creative perspective, I've been talking to Adasa about her as a man who is interested in her for over a year now. However, she requested that I allow her some time to consider her options. "

He also denied having an affair with Pritty, who broke down in tears in a video when Simple Boy allegedly walked out on her and their relationship.

Breakup with Priti: Simple Boy Simple Boy recently revealed that he is no longer in a relationship with Pritty and expressed hope that she finds someone else to love and cherish.

The musician stated that he has discovered a woman who has captured his heart and that he is pursuing her, adding that a woman is defined by how she behaves.

Simple Boy then declined to elaborate on what exactly caused him to become enraged with his ex-girlfriend, only to indicate that it was something that would make him cry.

Content created and supplied by: MaidanjaMaulo (via Opera News )