Most stylish musicians in africa

By Covitenko (self media writer) | 1 month ago

David Adedeji Adeleke was born November 21, 1992, popularly known as Davido, is a Nigerian-American singer, songwriter, and record producer. Davido rose to fame after releasing "Dami Duro", the second single from his debut studio album Omo Baba Olowo (2012). In 2012, Davido won the Next Rated award at The Headies.

Ayodeji ibrahim balogun was born 16 July 1990, known professionally as Wizkid is a Nigerian singer and songwriter. The recipient of received several international music award nominations and awards, he began recording music at the age of 11 and managed to release a collaborative album with the Glorious Five, a group he and a couple of his church friends formed. Wizkid signed a record deal with empire mates entertainment in 2009.

David junior ngobo was born 11 February 1997, known professionally as Nasty C, is a South African rapper, singer, songwriter, and record producer . He was the youngest recipient of an award at the 2015 South African Hip Hop Awards, namely the Best Freshman Award. 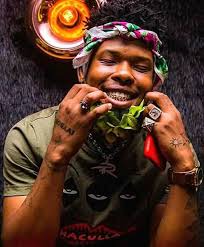 Content created and supplied by: Covitenko (via Opera News )

Herman Manyora Alleges Why Raila Will 'Have Ruto For Breakfast' on Voting Day, Sends a Warning