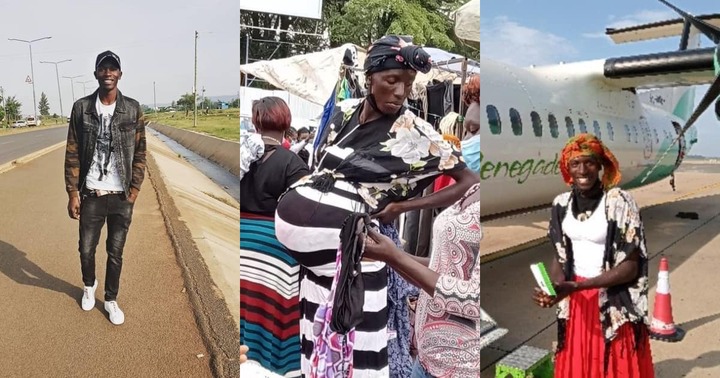 Kisumu based second hand clothes seller Steve Mayau Sande Opondo better known as Mtumba Man has revealed finer details that most people do not know about his life.

The hilarious 27-year old who refer himself as Mayau the Dream-chaser cam to the limelight in September after his videos attracting buyers to buy his stock went viral.

Speaking with media personality Lynn Ngugi on Monday November 15 on her Tales of Wanjiku Show, Mayau disclosed that his father, a prison police officer based in Nakuru County died while he was 4 years, an incident that forced him and his mother to go back to the village, Gem Dudi.

Mayau adds that according to the Luo culture, his mother was bound to be inherited, but she was against it, a move that attracted criticism and condemnation from the relatives.

He reveals that at one time, life became unbearable and his mother left with his sister. After a while his aunt took him to her residence in Homa Bay County before he took him to his grandmother's home. Fast forward, Mayau disclosed that they his mother got remarried, and he was instructed by his grandmother not to call her his mother, but a big sister or aunt.

"Since I wanted to be with my mother, I visited her in Dagoretti, Nairobi where I found the guy. I used to call the man uncle and my mother sister. The got another child, a girl. But the man became so violent and I had to open to a aunt."

He however forgave his mother for what had happened stating that she deserves to enjoy life for what she had one through.