By CopywriterChristine (self media writer) | 1 month ago 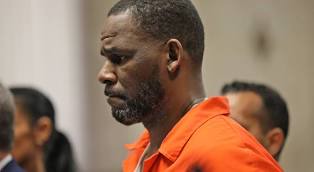 Robert Sylvester Kelly popularly known as R.Kelly is a renowned American singer, record producer, and songwriter. His prowess in the music industry earned him nicknames such as “King of R&B”. However, he’s most probably going to spend the rest of his life in federal prison, following his conviction on 9 federal racketeering and sex trafficking charges.

The singer has been handed down a 30-year jail term by U.S. District Judge Ann Donnelly in Brooklyn. The prosecution showed beyond any reasonable doubt that the disgraced R&B singer was a serial sexual predator who used his fame and vast resources to ensnare his victims. His victims were mostly young women, underage boys, and girls.

Witnesses and evidence presented before the court showed that he led a criminal enterprise that groomed his victims for sex in addition to traveling to events and concerts nationwide. He would also detain victims in his recording studio or hotel rooms, regulate what/when to eat and use the bathroom. There were also set rules that each victim had to adhere to including referring to R.Kelly as “Daddy”.

Donnelly noted that Kelly left in his wake a trail of broken lives. She also said that in spite of Kelly's own harrowing childhood (where Kelly was repeatedly sexually abused by an unnamed family member and former landlord), while it may partly explain his behavior, it was definitely no excuse for the crimes committed.

Jennifer Bonjean, who’s Kelly's lawyer, declined to address the court citing Kelly’s other pending case. She, however, asserted that her client accepted that he’s flawed and had regrets but condemned the one-dimensional monster the media and government had portrayed R.Kelly to be. Bonjean said they were going to appeal the sentence.

The disgraced R&B singer will be held temporarily at a federal prison in Brooklyn before being moved to Chicago, where he’ll be facing child pornography and obstruction charges.

What’s your opinion on R.Kelly’s tribulations?

Content created and supplied by: CopywriterChristine (via Opera News )

Provincial Presidential Results As At 16:00 Pm

Dr. Miguna- I will publicly admit that Raila Odinga has done better than I expected