The University of Nairobi Vice-Chancellor Stephen Kiama has been saved from a possible six-month jail sentence after the Court of Appeal suspended proceedings of the contempt of court case. 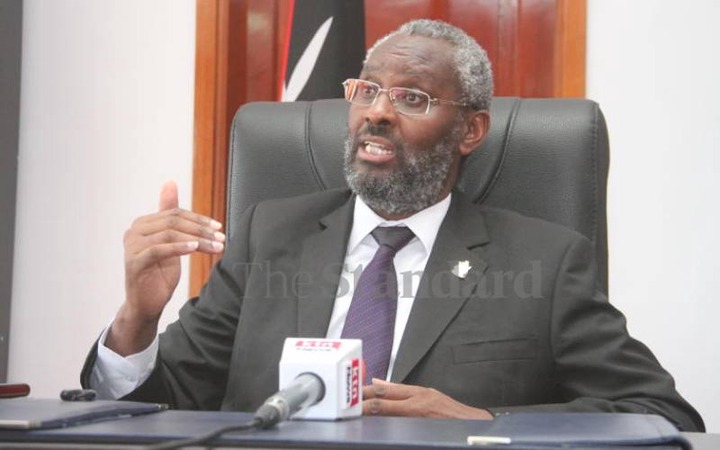 Prof Kiama is to appear before Employment and Labour Relations Court judge Maureen Onyango on January 27 for sentencing for violating the court order that stopped restructuring process of the university's top management but can now relax following the appellate court decision.

Appellate judges Daniel Musinga, Agnes Murgor and Kimana Laibuta on Friday ruled that the VC’s liberty will be at risk if he is sentenced to jail before his appeal is heard.

“He has been summoned to appear before the trial court on January 27 for sentencing. There is no telling the nature of sentence that the trial court is likely to pass and if it passes a custodial sentence, however short it may be, his personal liberty shall be irreversibly lost,” ruled the judges. 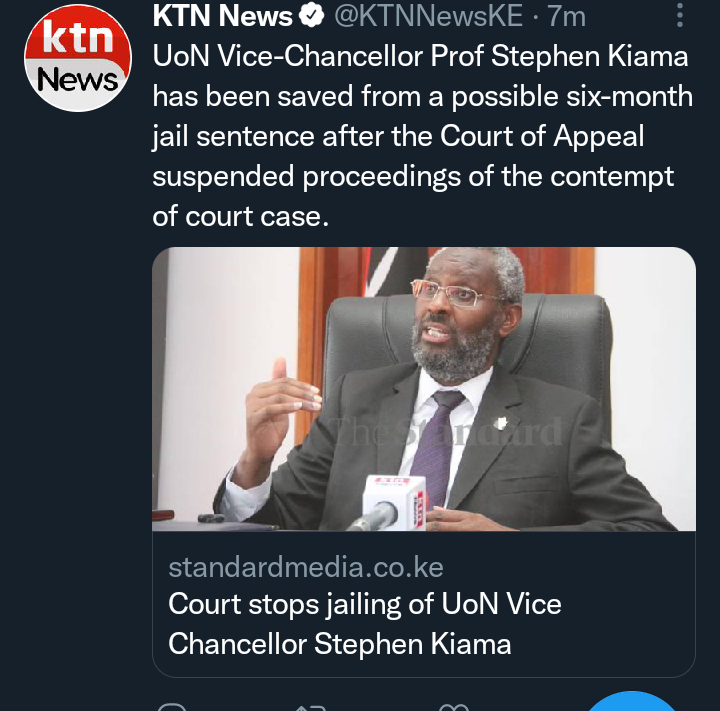 The judges stated that Prof Kiama had raised a strong appeal against the labour court decision which found him guilty of contempt and which appeal will be rendered nugatory should he be sentenced before it is heard and determined.