How I Dropped Out Of School And Started Stealing At 17yrs, I Almost Ruined My Life- Lady Narrates

Paulette Moraa from Nairobi painfully narrates how she dropped out of school and started stealing at 17years, which almost ruined her.

According to her she was born in the slums in Nairobi. Her mother was a single mother and she was the first born in a family of two kids. She went to highschool but when she was in form three she dropped out of school.

Paulette 's mother was disappointed by her decision and she chased her away from home and disowned her. She started living with her friends who smoked and sold bhang for a living. Her mother found out about her behavior she asked her to change her behavior but she refused.

She said that her friends would chase her away at night when they were intoxicated forcing her to sleep in the streets. At this time she realized that she had to find a job to earn a living.

Unfortunately she couldn't get a job sice she didn't have an identification card. She decided to join a group of friends who were criminals in their area. They would steal phones from passerby and they would give her to hide them. This we t on but unfortunately the money she made wasn't enough to rent her a house

Paulette met another woman while still in the streets who offered to recruit her in there gang. She agreed and she informed her that she would be invited in their crime the following day. 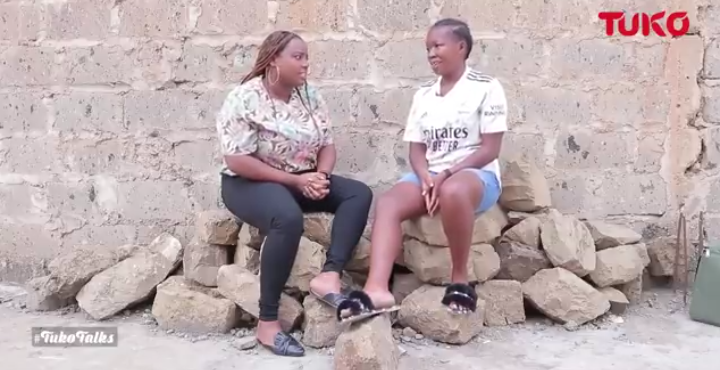 Paulette was excited and the following evening she met her friend in a company of four male adults and she was briefed that their would steal at a supermarket.

"Things didn't go as planned and my colleagues didn't make it out alive."Paulette said.

They went and on arrival she was left inside the car they had together woth the driver and her task included looking out for the police.a few minutes later she heard gunshots and screams and on seeing this the driver sped out of the area.

She went was taken to a house where she stayed for three days and afterwards the driver informed her that their colleagues had been shot dead by local police as they atempted to rob the supermarket. He told her to disappear and she left the area to start a new life.

Paulette regrets what she had done and she has advised young people to stay away from crime.

Content created and supplied by: Mumbi92 (via Opera News )