By Description (self meida writer) | 28 days

However, the reopening is in jeopardy as lecturers have threatened to go on strike starting from Monday. This is after the lecturers issued a 7-day strike notice. The strike crisis comes following failure by the universities to fully implement the Sh8.8 billion salary deal for the universities teaching staffs.

According to Uasu, all the academic staffs in the public institutions of higher learning and their campuses shall withdraw from duty starting from Monday until the Collective Bargaining Agreement is implemented in full.

Uasu Secretary General Constantine Wasonga says that the union has continuously tried to seek negotiations with the universities but their efforts have always hit a dead end.

The major cause of the ongoing stalemate is the failure by the universities to fully implement the 2017-2021 CBA which is worth Sh8.8 billion. The CBA was expected to benefit about 30,000 academic staffs in all the public universities who are also members of the Universities Academic Staff Union (Uasu).

Universities Academic Staff Union (Uasu) cites that they have pleaded for a long time for the CBA to be implemented but their efforts have bore no fruits. 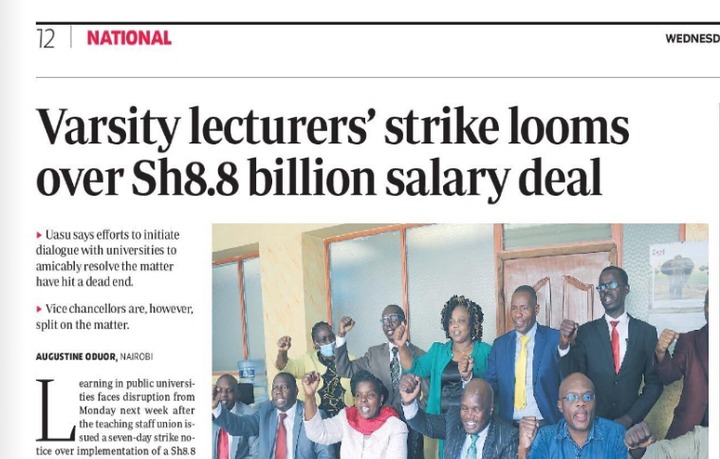 BREAKING: Another Top English Club Are Facing Nine Points Deduction For Breach Of Some Rules