A family from Dagoretti is currently living in Distress after the mysterious disappearance of their 13 year old child who is reported to have gone missing under unclear circumstances tod in the morning while he was heading to school. 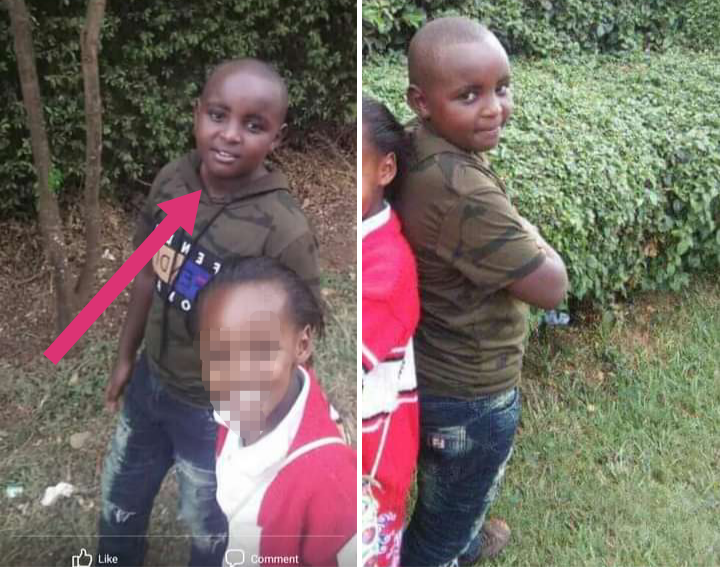 According to the reports given by the mother of the missing child who has been identified as Samuel Kamau, she revealed that her son went missing as he was heading to school after which his school bag was found in Waithaka Estate.

Reports given by Kui Rich Gitonga who took to her Facebook account to express her fear and concerns after the mysterious disappearance of her child revealed that she was forced to file a missing person's report after her child failed to get back home from school.

Due to this reason, she has called upon any Kenyan who might know about the whereabouts of her child or have any vital information that could lead to her getting her child back to report the incident to the nearest police station for more investigation.

While reacting to this incident, Kenyans who took to their different social media accounts to share their experiences and suggestions on the matter have called upon the inspector General of police to work on this cases of missing Kenyans.

However, others went ahead and called upon the woman to look for the child at his friend's place or try to get in touch with the child's father whose whereabouts is also unknown. 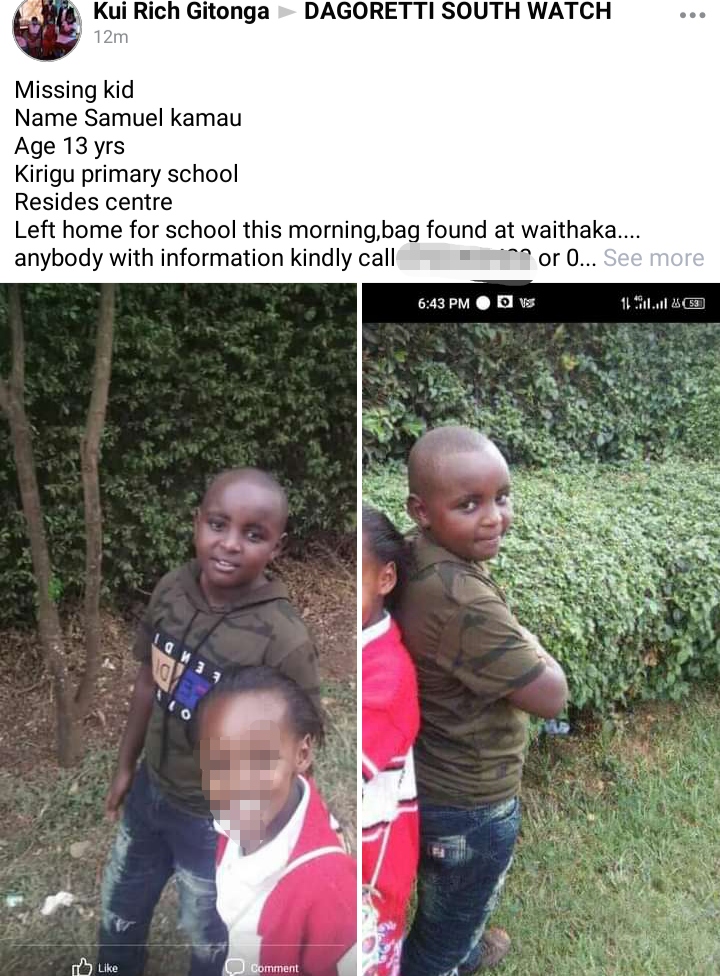 Blogger Alai Arrested for Doing This to Singer Ringtone