By MwagungaThoya (self media writer) | 18 days ago 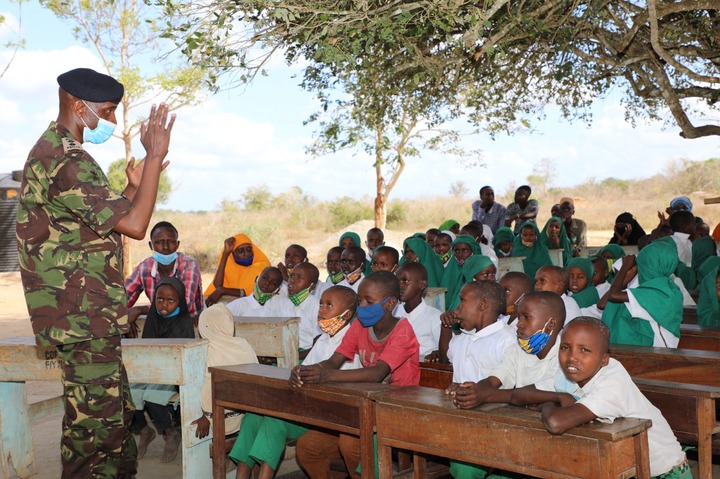 Kenya Defense Forces (KDF) soldiers have finally handed over a fully-fledged and first ever boarding mixed primary school at Mangai Village which is inside the dense Boni forest.

The Mangai Boarding Mixed Primary School in Lamu East Sub-County has the capacity to accommodate at least 400 pupils.

The institution was built by 12 Engineers Battalion and has eight classrooms and two dormitories.

Construction works have been ongoing in the area for the past four months after its commencement in June this year.

The move is a relief for the Boni minority community who have for years been forced to ferry their upper-class pupils all the way from Boni forest villages to the Mokowe Arid Zone Boarding Primary School in Lamu West to study. 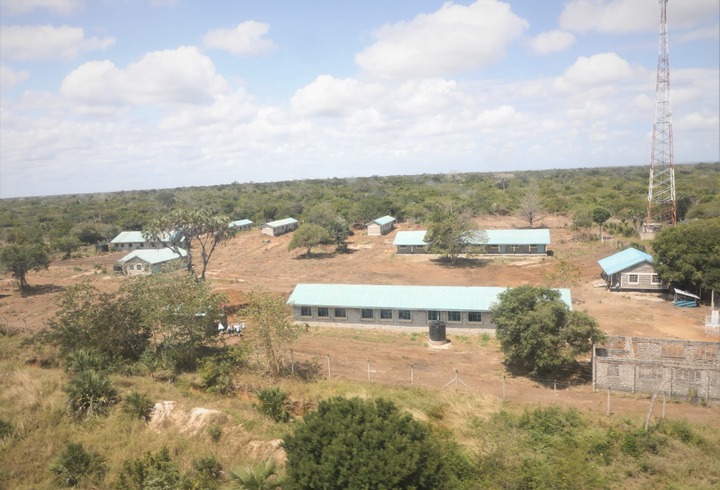 The Mokowe Arid Zone Primary School was established in 1992 to act like a rescue learning centre for children from the minority communities in the region such as the Boni, Sanye and Orma.

It is worth noting that there are no schools that go beyond class five in that area, something that has been making it difficult for the Boni minority community children to access high learning.

There are six schools in Boni forest.

Apart from Mangai, the rest are Milimani, Basuba, Mararani, Kiangwe and Bodhei all of which only operate from Early Childhood Development Education (ECDE) up to class four.

While presiding over the handover ceremony however, the OAB Commander Colonel Meshack Kishoyian also presented several books, beds, water tanks and desks to the school from KDF.

In his speech at Mangai, Colonel Kishoyian affirmed that the KDF was committed to assisting Boni learners have access to better and quality education for the overall development and stability of the Boni Forest region.

He also warned parents against marrying off their daughters at tender ages, urging them to give them a chance to learn up to college level like their male counterparts. 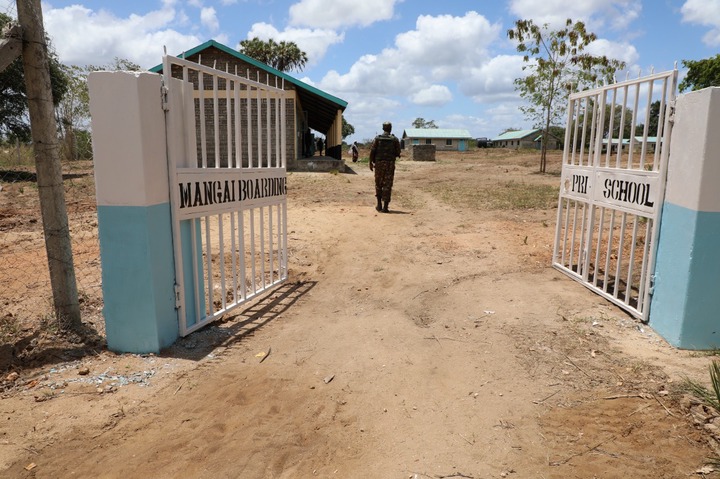 “I am happy to preside over the handing over of the Mangai Mixed Boarding Primary School constructed by KDF here at Boni forest today. Our major target is to bring normalcy to this region. Security has already been restored, thanks to the OAB. I appeal to the Boni community here that as we hand over this facility, let it be a motivator for you to embrace education for all. Please desist from marrying off your small girls. Let them attend school, get an education up to the level they want,” said Col Kishoyian.

Parents and pupils who attended the event could not hide their happiness following the KDF soldiers’ move to rescue the Boni community from the strain of having to travel for long distances from their villages in Boni forest in Lamu East to Mokowe Arid Zone Boarding Primary in Lamu West just in search for upper primary education.

Mangai Primary School Head Teacher Khamis Mwaleso said it gives him pleasure when he knows that he will never have his pupils transferred to schools in Lamu West because of lack of enough classrooms and boarding facilities.

“I sincerely thank the KDF for coming to our rescue," said Mr Mwaleso.

Elders also emphasized on the importance of education and thanked KDF for supporting locals in their areas.

“The future of our country lies with our children. It is our duty to nurture and educate them on the importance of education and development,” said Mr Mohammed Barre, an elder.

Learning is already ongoing at Mangai with the biggest remaining challenge being teachers. 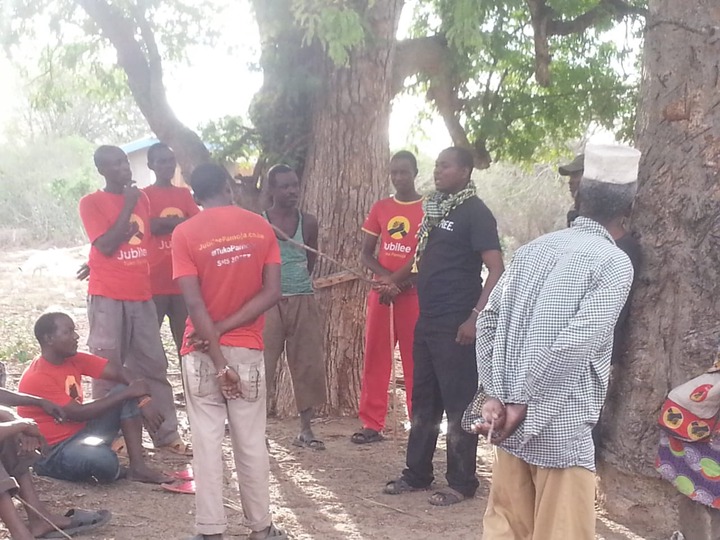 The newly opened Mangai boarding section can accommodate up to 100 pupils and currently has 87 pupils.

The school has few teachers posted by the Teachers Service Commission (TSC) but plans are already underway to post more teachers now that security has been restored in the region.

At Bodhei Junction Primary School, the Head Teacher, Mohammed Menya, thanked KDF for the development, noting that the constructed and completed classrooms will provide a conducive environment for learning.

“Teachers are now happy that this development will assist our pupils to learn like the rest of their counterparts in the country,” said Mr Menya.

As a symbol of appreciation, Bodhei Junction residents presented the KDF soldiers with wooden crafts made from indigenous trees.

“Though, as a community, we don’t have much, we decided to honour you with the little we have. We want you to know that we appreciate your great work,” said Mr Menya.

The two learning institutions were built by KDF troops under its Civil Military Cooperation strategy to improve the livelihoods of locals in line with the County and National Governments' effort.

Construction commenced in June this year and has been ongoing for the past four months. 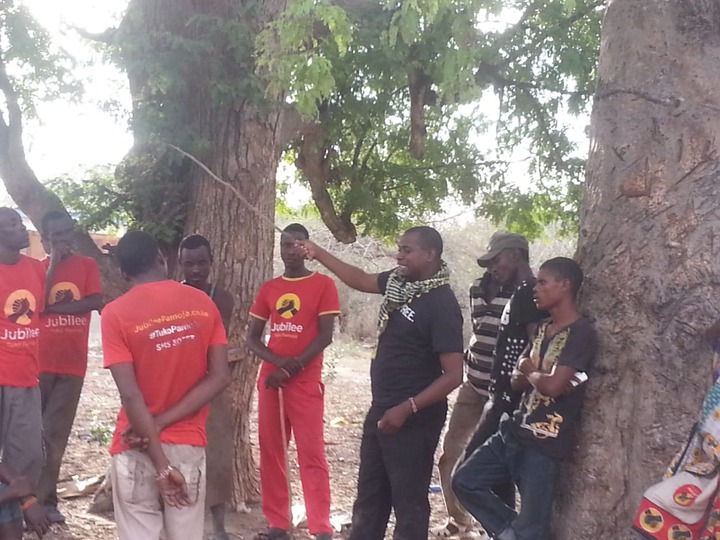 Locals interviewed by Opera News Hub welcomed the gesture, promising to work hand in hand with KDF in combating criminal and terror activities in the region.

“Our greatest show of appreciation is to strengthen the already existing cooperation we have with the security agencies undertaking the Operation Amani Boni. We are ready to share information that will aid in eliminating any existing criminal elements in this place,” said Ali Abuli.