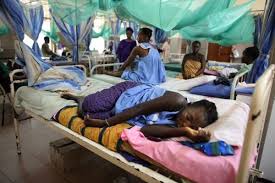 A teacher from Uasin Gishu County was shocked after he was presented a transfer letter by TSC officials while he was at the hospital where his wife was delivering.

Kirui, who is the Rift Valley Representative of Kenya National Teachers Pressure Group was called by his head teacher to step out of the hospital and meet them at the gate so that he can receive his transfer letter to Lamu County.

Speaking to the media, Kirui wondered how TSC officials could travel to about 200KMs from Eldoret to Nakuru only to serve him with the letter.

Kirui, who said that he had asked permission from the school head could not believe his eyes of how cruel they were not to believe him to an extent of following him at the hospital. 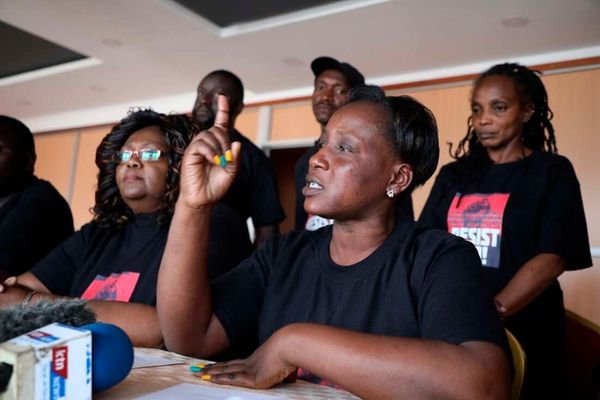 After he refused to meet them, they walked in to the hospital where he requested them to at least check on his wife but they refused as their mission was only to hand over the letter.

To add an injury to a already painful wound, the officials could parade him and take pictures with him as he signed the letters and received it from them.

However, he refused saying that they were infringing into his private life. 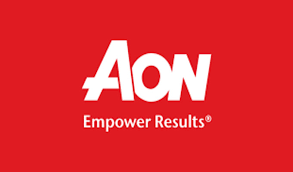 After the letter, they handed over a release letter from the Uasin Gishu TSC country director where he was expected to report at Lamu County with effect from November 17, 2021.

The move which has angered many, was termed by Teachers as an act of impunity, cruelty and Intimidation their employer is using to silence lobby groups who are fighting for the rights of teachers.

TSC and teachers across the country have of recent days had a heated battle over their medical cover, AoN M-net medical scheme which they have termed as a total scam.

According to them, the scheme as not accredited and government facility hence dangerous especially on scenarios where it's an emergency. 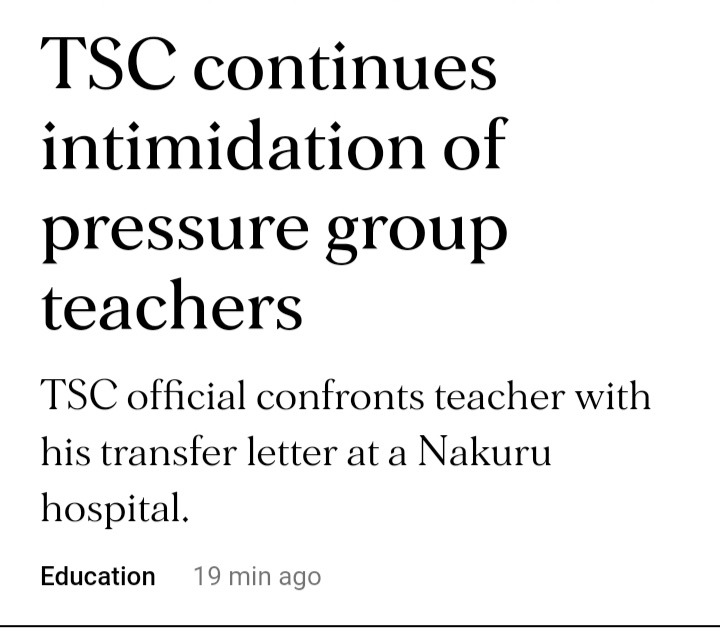