Mukumu Girls' School Under Investigation Over Death Of Two Students. 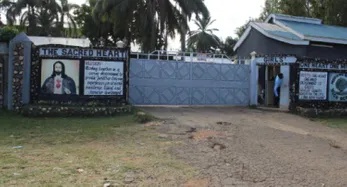 One of the students had a pre-existing condition and reportedly passed away while receiving malaria treatment. The other reportedly experienced problems following an operation, her condition and the reason for the operation are unknown.

Investigators from the Ministry of Education have been dispatched to Mukumu Girls High School to look into the deaths of the two girls.

Western Region Coordinator of Education Stephen Barongo told Nation Africa on Tuesday, that the team led by the Kakamega County director of education Dickson Ogonya is anticipated to submit the report to the Ministry of Education by tomorrow

The officials, according to the education official, must speak with the school's pupils, teachers, and other staff members before compiling their report.

The deaths have been linked to the recent malaria outbreak at the institution.

Parents have complained about the school administration's slow response to cases of malaria breakout after 28 students were admitted to the hospital in May of this year with fever and diarrhea.

The management of the school has been criticized by the parents for allegedly failing to keep them informed of their children's health after they became ill.

Parents said their children traveled home after the school closed on June 30, complaining of fever, stomach pains, and fatigue.

Dr. Collins Matemba, the director of health services for Kakamega County, said samples taken from the students who fell sick in May showed they had malaria.

A team from the Ministry of Health's Disease Surveillance and Outbreak Response Unit was dispatched to the school to examine the outbreak and create a report.

Engage us in the comments section concerning the above development.

What potential health problems can arise in premature babies?

Elgeyo Marakwet County Submits 100% Of The Presidential Form 34As